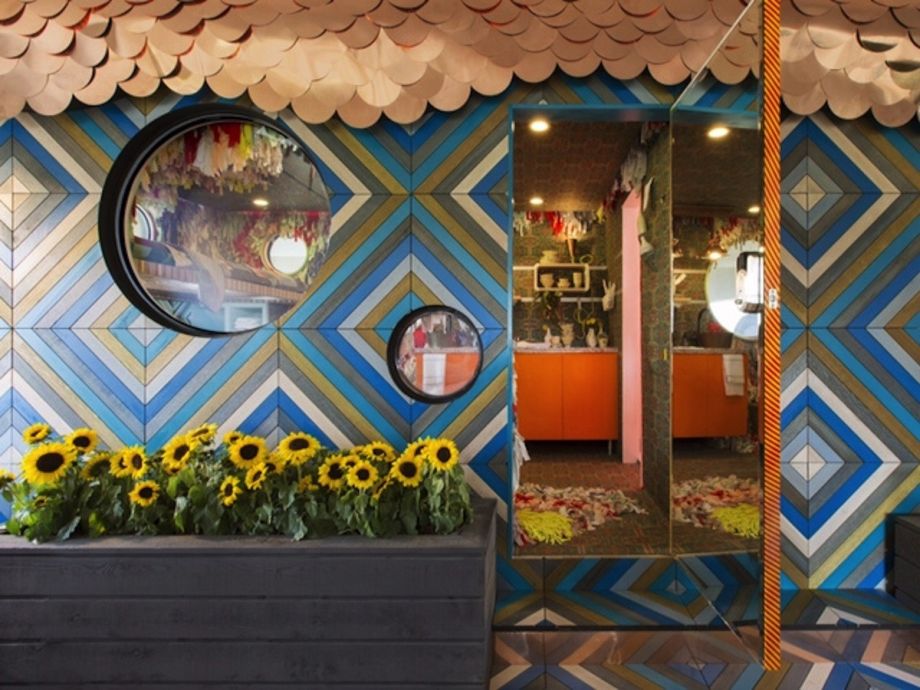 The front door of a 135-square-foot SCADpad, unveiled yesterday in Atlanta.

There are, depending on whom you ask, between 100 million and 750 million parking spaces in the country. (The U.S. Census settled on 105 million in 2012, but the jury is out on its method.) As of 2009, there were 134 million registered cars — which means that supply likely outpaces demand, and by a significant margin to boot.

But the Savannah College of Art and Design (SCAD) has come up with an alternative use for at least some of that extra parking space.

On Wednesday the school unveiled SCADpad, a series of three micro-housing units in a parking garage near its Midtown Atlanta campus. The idea is a novel yet simple one: Repurpose underused parking garages — about 40,000 parking structures in the U.S. operate at half capacity, according to the Urban Land Institute — for housing in dense areas that need it. The 135-square-foot micro-apartments each take up one parking space, with an additional space for use as a “terrace” (seriously!), and were designed by 75 current SCAD students, 37 alumni and 12 professors. A dozen students will move into the apartments on April 15.

The SCADpad started as an academic exercise and quickly turned into a real-life experiment. “As students came forward with ideas we realized, well wait a minute, we can do something with this,” Christian Sottile, dean of SCAD’s School of Building Arts, told me.

SCADpads moving into the neighborhood.

SCAD then got a special administrative zoning permit from the city of Atlanta so the students could build and live in the micro-units. They aren’t, at least for now, permanent dwellings: The students will only shack up in SCADpands until June, and even then each will only stay there for a week at a time. (You didn’t think four students would cram into each unit at once, did you?)

“Think about it,” Sottile said. “Many of these 20th-century parking structures are on their way toward obsolescence, and we’re asking questions about how those can be reinvented for neighborhoods. There’s also a historic preservation side of this. And we want to see how can we get them back into higher usage.” 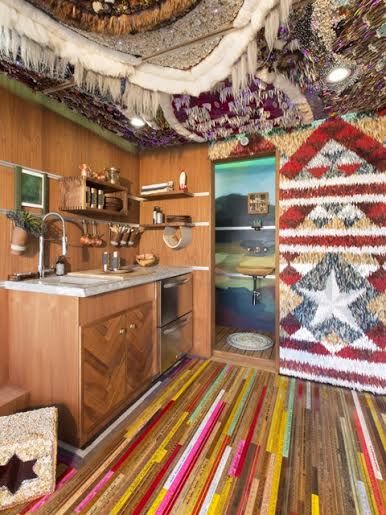 The kitchen all your relatives will describe as “interesting.”

It’s not unreasonable to think that micro-apartments converted from parking spaces could work in denser cities, too. In New York, after all, 60-square-foot single room occupancy units are already prevalent. Have a group of college students and professors discovered a potential solution for cities in a housing crunch?

“We think it’s the type of solution that can go right to the core of American cities where many of these mid-century parking structures exist on some of the best urban land,” Sottile said. “And it gives those buildings the chance to evolve and transition to the future. We think it’s the kind of project that can scale.”

A room with a view.