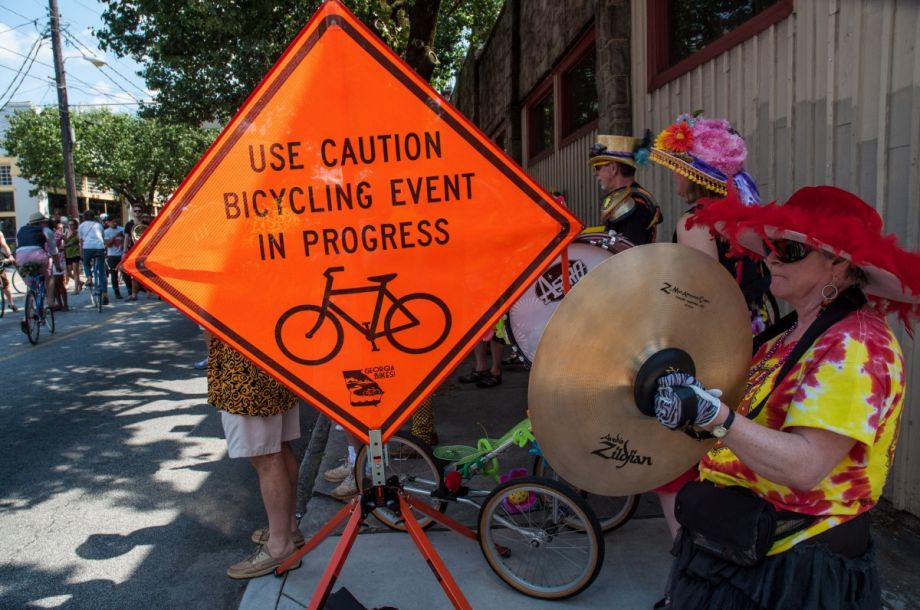 Atlanta is going to be busy pedaling this year. The clock is ticking on Mayor Kasim Reed’s 2016 deadline to make the city one of America’s most bicycle-friendly places.

Bikeability in the car-centric city has improved dramatically in the last three years. Atlanta’s Bike Score jumped from 43 to 50, earning it an official “Bikeable” moniker. Preservationist/cyclist Nedra Deadwyler launched Civil Bikes, offering bike tours designed to spark conversations about equity and accessibility in the city.

But there’s a lot more work to be done. Despite promises, the long-awaited Atlanta Bike Share didn’t launch in 2015. After an avalanche of anti-cycling backlash, the Georgia Department of Transportation removed bike lanes from its plans during a re-striping of busy Peachtree Road.

Enter Becky Katz, Atlanta’s first chief bicycle officer. She was appointed in the fall, but a great profile of her today in Reporter Newspapers (definitely worth a read) gives local bike advocates a glimpse into what they can expect of their new city hall counterpart.

She’s also a woman who lets nothing get in the way of her ability to ride: not a collision with a car that resulted in a broken shoulder socket and wrist last year, not the demands of business casual.

“I love running into Becky biking to get places, usually in a dress,” Rebecca Serna, executive director of the Atlanta Bicycle Coalition, told the newspaper.

As chief bicycle officer, Katz will, among other tasks, work with planning and development departments to conduct public outreach, see an extension of the city’s bike paths and shared lanes to 120 miles, and implement that delayed bike-share program.

According to Atlanta Magazine, the latter’s launch was postponed so the city could find the right people to run the program, including Katz. She told the magazine that making Atlanta Bike Share the most useful, meaningful tool it can be takes time, thoughtful planning and public input about rental station locations, educational campaigns and related services. She wants the program to be realistic public transportation for residents, not just a leisure activity for tourists.

A new launch goal has been set for this summer.

She also envisions an Atlanta where short trips to the store or to visit a friend are made by bike instead of car. Naysayers of a more bike-friendly Atlanta often cite the cities’ sprawling distances as evidence that cycling will never catch on, and bemoan the construction of bike lanes they accuse of choking out cars. But Katz told Reporter Newspapers that her goal isn’t to promote cycling over driving, only to make the roads safer for all modes of transportation:

“Our goals are very aligned,” [Katz] said of cyclists and motorists. “We want safe streets for people to get around in the mode they want to — or have to — get around.

“Our roads are precious. We need to work together, for a healthier, more sustainable and economically viable city. This is the only way,” she said.