Bus Rapid Transit Plans Are Piling Up in Atlanta Region 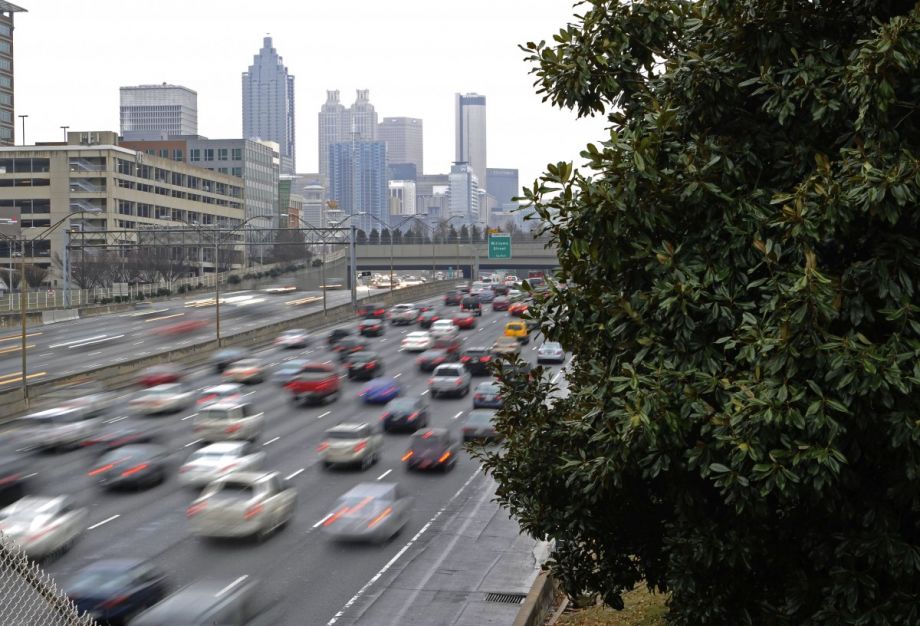 Fulton County officials recently traveled to Los Angeles — another sufferer of traffic congestion — to check out its bus rapid transit implementation. The officials are in the midst of drawing up a mass transit plan for the entire county outside of Atlanta itself to submit for voter consideration next year.

In addition to Fulton County, the city of Atlanta, Gwinnett and Clayton counties and MARTA (Metropolitan Atlanta Rapid Transit Authority) itself all have plans for building BRT lines.

Advocates point out that express commuter buses already use a growing network of express toll lanes on the region’s freeways. Those lanes, they say, could be adapted to incorporate BRT facilities at minimal cost and in less time than it would take to build new rail lines. BRT skeptics argue that the technology is a poor substitute for rail transit because it doesn’t promote the kind of walkable urban development the region needs to reduce the need for driving in the first place.

MARTA has plans to build a BRT facility west from Five Points downtown into DeKalb County using I-20, and the city has released a transit plan that envisions three more BRT routes. A Cobb County proposal for a BRT line sits in limbo after the federal government turned down a grant request, and the Gwinnett County commissioners are also considering BRT as part of that county’s transportation mix.

“It’s like MARTA on rubber tires,” Union City Mayor Vince Williams said of BRT. “This is something that would work for us.”

Another Push for Light Rail in Maryland
Baltimore won’t get it; Montgomery and Prince George’s counties are supposed to, assuming everything works out right. Now Charles County is making the case for light rail transit as the best way to handle projected growth in southern Maryland.

The Maryland Independent reports that former Charles County Commissioner Gary V. Hodge is urging residents to raise their voices in support of a proposal to build a light-rail line from Branch Avenue Metro station in Prince George’s County to the Waldorf-White Plains area in Charles County.

A study that the Maryland Transit Administration released in May identified a light-rail line as the option best able to handle projected growth in travel along the 19-mile corridor that parallels State Route 5 and U.S. 301. The study found that light rail would be easier to expand in response to traffic growth than a bus rapid transit facility, and while the LRT line would cost $500 million more than a BRT line to build, its annual operating costs would be $10 million less. “This puts the state administrators on the horns of a dilemma,” Hodge said. “We would spend a billion dollars to develop a [bus] system that will be obsolete the moment it launches.”

Hodge told an audience in Waldorf that the LRT option has the support of every elected official in Southern Maryland.

The Maryland Department of Transportation has proposed suspending work on the Southern Maryland Rapid Transit project for six years in its draft capital budget, and state Transportation Secretary Pete K. Rahn has said he would recommend a BRT line over an LRT one because of its lower capital cost.

Hodge drafted a letter for the Charles County commissioners after they met with Hodge in March urging him to reconsider his opposition. “Southern Maryland is the only region of the state west of the Chesapeake Bay without access to some form of passenger rail transit,” the letter stated. “Our citizens deserve the same quality of transit service that other regions of Maryland have enjoyed for decades.”

Hodge urged citizens to attend a meeting between Rahn and Charles County officials on Oct. 24 to voice their support.

Know of a project that should be featured in this column? Send a Tweet to @MarketStEl using the hashtag #newstarts.