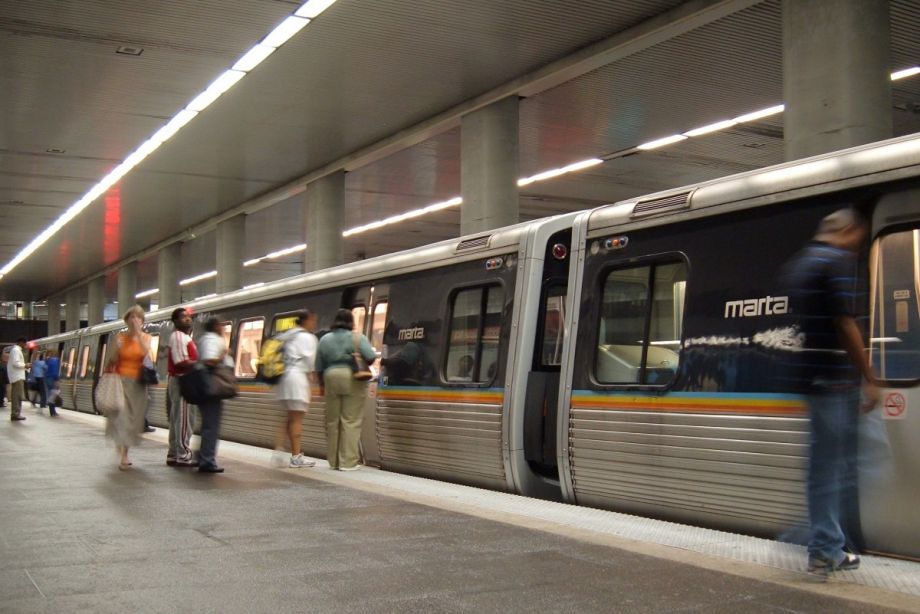 Last November, Atlantans overwhelmingly voted to tax themselves to increase funding for MARTA, the region’s rapid transit authority. Now, MARTA wants to hear from voters again about how to spend the dollars they approved.

The “More MARTA” survey asks which projects are most important among options such as bus rapid transit (BRT), increasing the frequency of existing bus routes, or expanding the Atlanta streetcar line. It also asks about where people would most like to see increased transit service and the types of improvements they’d prefer (frequency of bus service on weekends, frequency of rail service on weekdays before 9 p.m., etc.).

As Josh Cohen reported for Next City last year, a list of potential projects and improvements that the funds could be used for was presented to voters last year, but it was a “starting place,” with room for planners to add on later. (The sales tax will raise an estimated $2.5 billion over 40 years.) The survey appears to be an effort for planners to take voter preference into account as they make decisions down the road.

As Curbed points out, the tax, and the areas covered in the survey, are limited to the city of Atlanta (except for one corridor, which could hinge on city annexation).

The MARTA train’s footprint loosely matches the legacy of segregation in the Southern city: Historically, the (whiter) surrounding counties have objected to expansion beyond the metro core. An effort to incorporate southern Clayton County was seen as a potential win by environmental and equity advocates several years ago.

Curbed also points out that expansion to Cobb County, to the west, may be blocked by the state legislature. According to the Atlanta Journal Constitution, the state body may sell that county’s rail corridors, now used only for freight service. There are currently no plans for MARTA train expansion to Cobb, but selling the tracks would make such a move prohibitively expensive in the future.

Atlanta residents’ willingness to tax themselves for MARTA may have come at an opportune time. President Donald Trump’s proposed federal budget, released this week, includes a 13 percent cut to the Department of Transportation.

The Transport Politic detailed how such a move would impact cities. “Much of that $2.4 billion annual reduction [the 13 percent] would come from slashing investment in transit,” wrote Yonah Freemark. “The blueprint would kill new grants by the Federal Transit Administration’s Capital Investment Grant program. It would eliminate the popular TIGER grant program, which has supported bus rapid transit, streetcar, station, and pedestrian facilities around the country over the past few years.”

Aside from the new tax, Atlanta is getting a hand with creating equitable infrastructure. Next City’s Jen Kinney reported today that a three-year initiative called “Strong, Prosperous, and Resilient Communities Challenge” is providing support to six metro areas working to ensure that their transit infrastructure doesn’t reflect historic patterns of racial inequality, and Atlanta is a participant.