As Shutdown Continues, Millions of Low-Income Tenants Could Be Evicted – Next City

As Shutdown Continues, Millions of Low-Income Tenants Could Be Evicted 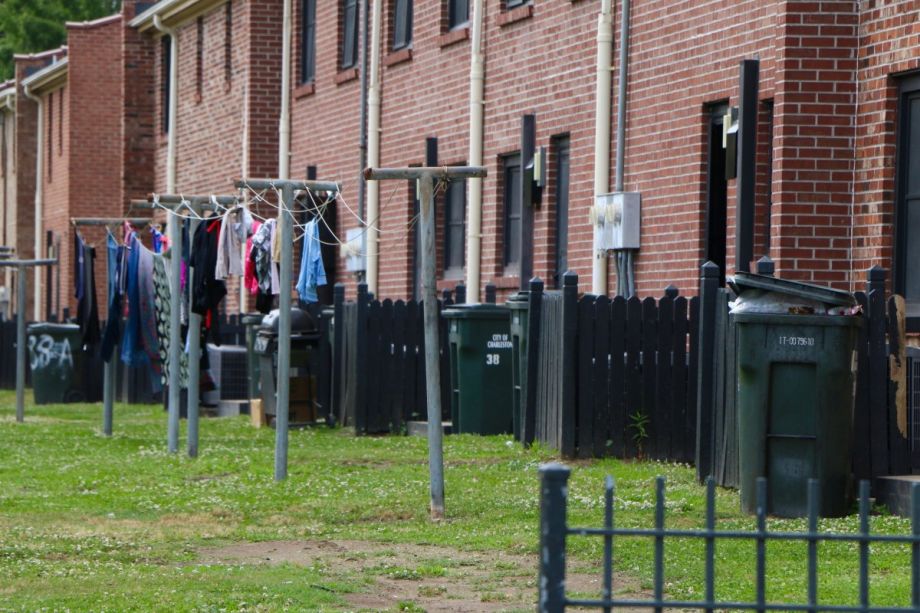 In this May 14, 2018, photo, clothes dry on a clothesline outside of the Cooper River Court apartment complex in Charleston, South Carolina, a city where many recipients of federal rental assistance are working families with children. (AP Photo/Robert Ray)

The ongoing partial government shutdown has wreaked havoc on national parks, led to massive lines at airport security checkpoints and resulted in overflowing trash cans in Washington (which the local District government is picking up). But if the shutdown drags on much longer, it’s likely to have much more serious consequences.

The Department of Agricultures’ Supplemental Nutrition Assistance Program (also known as food stamps) is funded only through January, the Washington Post reported, and without new funding, “People in this country will go hungry,” Rep. Rosa L. DeLauro (D-Conn.). told the Post.

And depending on how long the shutdown goes, millions of people who rely on rental assistance could be evicted. More than 1,000 contracts with private landlords who operate subsidized apartment buildings for low-income people have already expired, and another 500 will expire in January if the shutdown continues, NBC reported. Those landlords will not be reimbursed by the Department of Housing and Urban Development (HUD) for the subsidized units they operate until after the shutdown ends, which could lead to evictions.

The five percent of HUD employees that haven’t been furloughed are “looking at all accounts for funding to reinstate those contracts that don’t exist now” to prevent evictions, Jereon Brown, a spokesperson for the department, told NBC. In the past, no shutdown has led to evictions due to late payments from HUD, he added. However, at 18 days long, this shutdown is now tied for the second-longest government shutdown ever, according to Yahoo Finance, and with no end in sight, the current shutdown could easily become the longest in American history.

HUD has urged landlords — in a letter obtained by the Washington Post — not to evict tenants during the shutdown and instead dip into reserve payments. But it’s getting dicey for some landlords.

Adrianne Todman, CEO of the National Association of Housing and Redevelopment Officials, told NBC News that most property owners would be able to manage a month of missed HUD payments, but not much more.

“If this goes into Feb. 1, landlords will start to go berserk,” she said. “They, too, have bills to pay.”

Brown, the HUD spokesman, told NBC that landlords with unexpired contracts should continue to be paid through February, but one landlord NBC spoke to says she’s already seen a missed payment. “I checked the account several times today, and it’s not there,” Melissa Steele told the station. When her colleague reached out to HUD to get clarification, she received an auto-reply message since most of the agency has been furloughed.

If the shutdown drags on even longer, the lack of funding from HUD could also affect local housing authorities, which issue Section 8 vouchers and operate public housing. The D.C. Housing Authority says it has enough reserves to operate through March 2019. The Memphis Housing Authority has been paid from HUD through January, but would have to dip into reserves beyond that, WMC5 reported, and many other housing authorities are in the same boat. If the shutdown continues through February, “We don’t know beyond that what would happen,” Kerry Coughlin, communications director of the Seattle Housing Authority, told Crosscut.

William Shadbolt, a landlord in King County, told Crosscut that he wouldn’t evict any of his Section 8 tenants over the shutdown. “I think as long as the housing authorities indicate that they’d work to resolve the issues after the government’s funded … I definitely would think that most landlords would [not evict Section 8 tenants],” Shadbolt, who is also board president of the Rental Housing Association of Washington, told the news outlet. “This is not a tenant’s issue. By law you could, but why would you?”

Donald Trump has threatened to continue the shutdown until his demand for border-wall funding is met. However, polls show that most Americans oppose the wall (and most blame Trump and Republicans for the current shutdown).

EDITOR’S NOTE: A previous version of this article incorrectly identified the National Association of Housing and Redevelopment Officials. We’ve corrected the error.