As Part of Acquisition, Lyft Agrees to Beef Up NYC Bikeshare System – Next City

As Part of Acquisition, Lyft Agrees to Beef Up NYC Bikeshare System 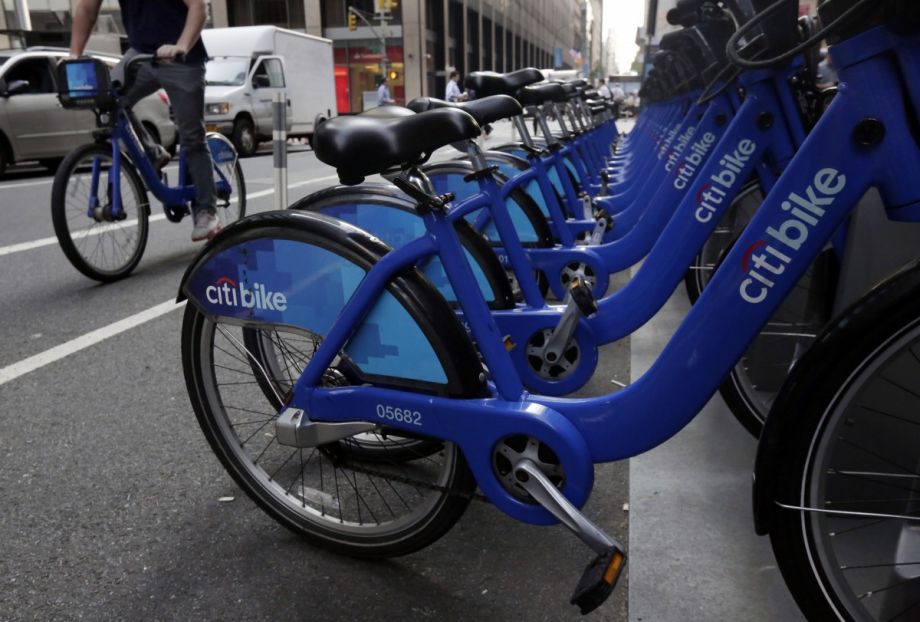 Citi Bike will triple its fleet and double its service area, making it one of the largest bikeshare systems in the world, AMNY reports.

The growth is part of a deal the city reached with Lyft that allows it to acquire Motivate, the operator of Citi Bike (and many other bikeshare programs around the country — Lyft says 80 percent of all bike share rides in the country are taken on a Motivate-operated bike).

Lyft announced it was purchasing Motivate for an estimated $250 million in July. The company will spend $100 million to “improve and strengthen” Citi Bike by increasing the number of bikes in the fleet to 40,000 and expanding its service area by 35 square miles.

The expansion will happen over the next five years, which “gives the bike network some time to catch up with the bikeshare system, because that’s obviously very much a work in progress,” Jon Orcutt, a spokesman at TransitCenter, a nonprofit transit advocacy organization, told AMNY.

“This expansion means tens of thousands more New Yorkers are going to have a fast and inexpensive way to get around their city,” Mayor Bill de Blasio said in a statement reported by AMNY. “It also means much more reliable service for all the riders who already use Citi Bike.”

Citi Bike peaks at 80,000 rides per day, Crain’s New York reported, with each bike being ridden around 7 times each day — the highest per-bike utilization numbers in the country. The company has recently introduced pedal-assist bikes that are hugely popular, averaging up to 15 rides per day.

Details of where the system will expand are still unknown, transportation reporter Vincent Barone tweeted. The system currently serves most of Manhattan and parts of Brooklyn and Queens. Activists have been pressuring the city to expand Citi Bike to all five boroughs. The city instead launched dockless bikeshare pilots in regions not served by Citi Bike. The agreement with Lyft allows the city to continue to “pilot and implement dockless bike-share services outside of the expanded Citi Bike service area, including the ongoing three-borough dockless pilot.” Within parts of Manhattan and Brooklyn, Citi Bike has an exclusive contract, Crains said.

Citi Bike was already one of the largest bikeshare programs in the U.S., according to data from NACTO, accounting for about half of all bikeshare trips taken in 2017. Worldwide, three Chinese cities, London and Paris all beat out Citi Bike. Even after the expansion, however, Hangzhou, China’s program is likely to be biggest — thanks to a $23 million USD investment from the city government, the program estimates there will be 175,000 bikes on the street by 2020.