As Immigrants and People of Color Move to the Suburbs, Life There Isn’t as Promising as It Once Was – Next City

As Immigrants and People of Color Move to the Suburbs, Life There Isn’t as Promising as It Once Was 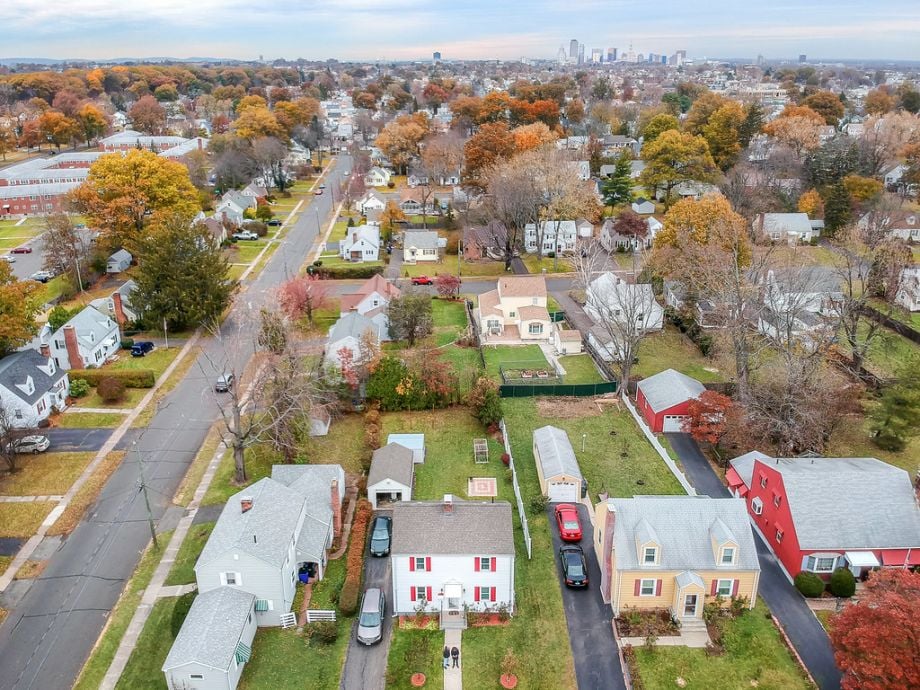 In the traditional American image of suburbia, the majority of residents are predominately native-born white Americans, living in large single-family houses enclosed by white picket fences.

Americans presume that moving to such suburbs will offer them access to resources and opportunities to improve their quality of life – with, for example, better schools, less crime and lower poverty rates.

But that image represents a bygone era.

I have examined data from the American Community Survey. American suburbs are changing – socioeconomically, demographically and structurally. As more people of color move there, they might not find the full range of opportunities and resources that white European ethnic groups did for most of the previous century.

The dream of a good suburban life exists for all racial and ethnic group members, both native and foreign-born.

This path worked for the majority of white European ethnic groups. such as Greeks and Italians, through most of the 20th century. As they spent more time in the U.S., improved their English and earned more money – in other words, as they adapted to American culture, they eventually moved out of cities and into higher-income suburbs.

On average, developing suburbs are wealthier, with a larger white population.

Mature suburbs, which are often located closer to a central-city core, tend to have higher poverty and crime rates and households that are lower-income and less educated. They also tend to have more families that deviate from the classic suburban family type – such as single parent households or gay families.

Shift in the suburbs

Suburbs are being transformed by a number of different forces.

At the same time, more black Americans are moving to the suburbs, thanks to increased income levels and decreasing rates of housing discrimination.

These changes mean that both mature and developing suburbs are rapidly becoming less white.

Non-Hispanic Asians and Hispanics accounted for the largest percentage increase of residents in both suburban types between 2000 and 2017.

In developing suburbs, the number of non-Hispanic blacks also increased slightly during the same time period.

Between 2000 and 2017, both suburban types also witnessed an increase in non-white immigrants who have been living in the U.S. for less than 10 years. 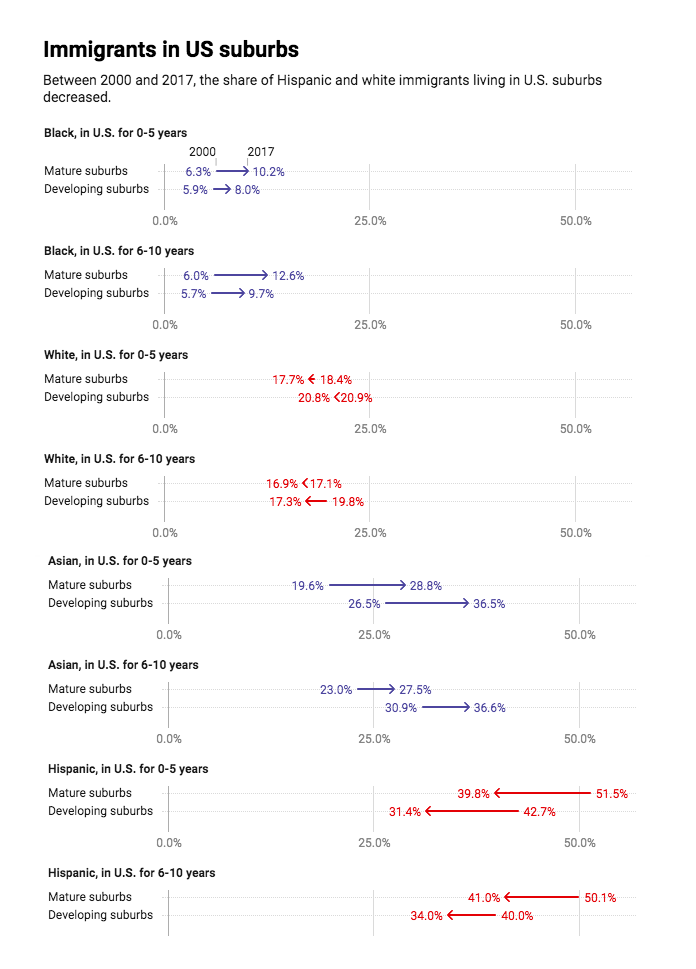 My research underscores the idea that, rather than being the homogeneous enclaves of American myth, suburbs are stratified by race and ethnicity, native status and socioeconomic status.

Looking at American Community Survey data from the 2012 to 2016 time period, I found that white and Asian families are more likely than black and Hispanic families to live in suburbs with higher levels of household education and homeownership.

So, even when black and Latino families have the means to move into more desirable neighborhoods, they are not as easily moving into such neighborhoods.

The evidence also shows that immigrants no longer need to adapt to American culture before they move to the suburbs.

I found that Asian and Hispanic Latino families living in the U.S. less than 10 years are more likely to be found in developing suburbs than their respective native-born members, even when accounting for differences in their educational and income levels.

In another study, I found that black ethnic immigrants from the Caribbean and Africa end up in different types of suburbs, depending on their English abilities and how long they had been living in the U.S. Those who had limited English language proficiency and had lived in America for less than five years were more likely to live in developing suburbs.

The research shows that, for non-white Americans and immigrants, there are now fewer barriers to the suburbs.

However, that doesn’t guarantee that the American dream of living in a good suburban neighborhood is equally accessible to all racial and ethnic groups.

Suburbs are not only becoming more diverse in terms of race and ethnicity, but also in terms of income, housing affordability, crime and poverty.

In the past two decades, mature suburbs have also started to suffer similar issues as cities. Housing continues to age, wages are stagnated and there are fewer well-paying blue-collar jobs available.

All of these factors are breaking the traditional stereotype of suburbs being the ultimate place to live and grow.

Of course, the racial and ethnic diversification of suburbia is a positive change. But the question remains: Will all groups actually achieve that American dream of life in a good suburban neighborhood?

Grigoris Argeros is an associate professor of sociology at Eastern Michigan University.