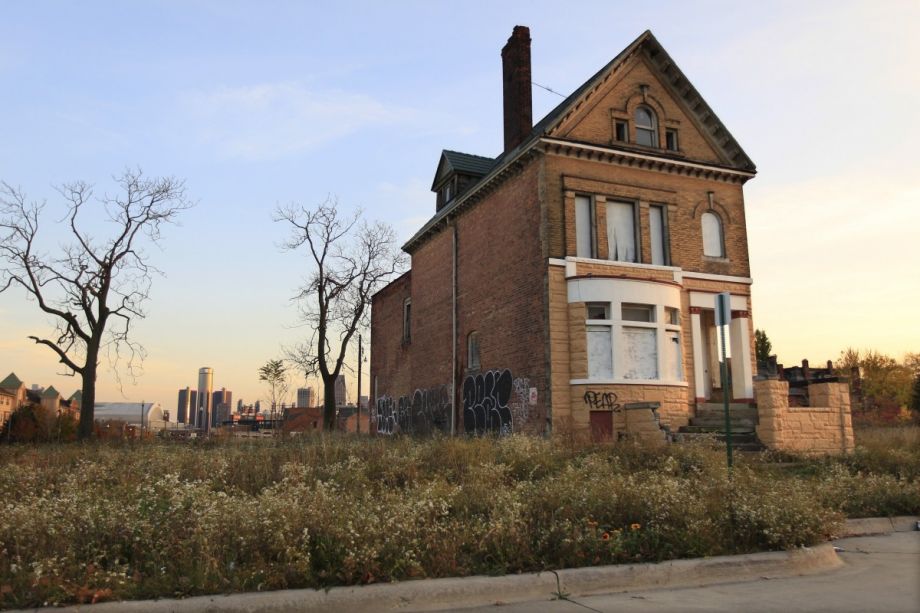 Detroit is doing what it can to show that it’s got its residents in mind as it pulls itself up and out of the dregs of its 2013 bankruptcy. Property tax cuts, Winnebagos turned into mobile government offices, and pothole-reporting apps are some of the steps, big and small, it’s taking to make life in the Motor City that much easier.

But a new report released today by the Urban Institute confirms that the city’s economic woes have also had a deep impact on the way Detroiters access financial markets, suggesting that one of the best ways the city can help its people right now is by working closely with local banks and CDFIs to ramp up financial literacy campaigns.

By looking at August 2015 credit score data for the city, Elliott, a senior research associate at the Urban Institute, and the report’s two other authors found that local credit scores have failed to recover from the city’s past decade of economic woes when compared with other Rust Belt urban zones.

Two thirds of Detroit residents are either lacking credit scores entirely or have scores below 600, and that same percentage reported having outstanding debt in collections. One third of residents said that their debt was tied to the medical industry.

A stark contrast presents itself when these numbers are placed side-by-side with the other Rust Belt cities that the authors looked at, including Buffalo, Chicago, Cincinnati, Columbus and Pittsburgh and five others. Forty-one percent of residents in those cities reported having subprime scores or lacked a credit score altogether, and 42 percent of residents had debt in collections.

Meanwhile, across the U.S., 32 percent of the population reported weak credit scores, and 35 percent had debt in collections. On the positive end of the spectrum, 19 percent of citizens in Detroit reported having healthy credit, but 45 percent of residents in the Rust Belt cities, and 54 percent of respondents throughout the U.S., chimed in with scores above 661.

Elliott says that among other issues, the city’s over-reliance on property taxes is keeping low-income homeowners stuck in a financial drought. “When you look at the costs stacked up against other cities, Detroit has one of the highest property tax rates of the country,” she says. “It really underscores that homeowners — especially low-income — may be providing revenue to the city where it’s not exactly helpful for their financial health.”

A 2015 report by the Lincoln Institute highlights what this looks like when it comes to numbers. The city had a property tax delinquency rate of 54 percent in 2014. By the end of 2015 an estimated 28,000 houses were put up for auction, and another 60,000 informed they were soon getting put up for auction, because homeowners had failed to pay property taxes in the prior three years.

For a family that’s struggling to pay their day-to-day bills or income tax at the end of a fiscal year, brutal property tax rates can hit your disposable income like an anchor, says Elliott. Somewhat tellingly, Wayne County, where Detroit is the county seat, hosts a property tax payment portal on the same exact webpage where it hosts its online tax foreclosure auctions.

But it’s not without remedy. Damon Thompson, the home repair coordinator over at the Local Initiatives Support Corporation, a nationwide CDFI with operations in Detroit, says that of the 521 Detroit residents his group has provided no-interest home repair loans to, a small but growing percentage of these applicants were initially denied loans because they either had poor credit scores or high debt-to-income ratios. Once they got denied, they’d go through the LISC’s financial literacy courses, patch up their credit issues and then qualify for loans.

To him — and the Urban Institute report stresses this point as well — the first struggle is letting people know what type of help is available to them.

“The biggest thing I’ve seen is that once you’ve made [financial literacy tools] available to people, people access them, and people use them,” he says. “One of the first questions I hear is ‘Well, can I go to someone to repair my credit?’ And we say you don’t need to go to an agency and pay money to fix your credit, it’s something you can do on your own, so let us show you how to do it.” The Urban Institute report highlights that 27 percent of Detroit residents were actively using revolving credit instruments, like credit cards, compared with 50 percent of Rust Belt cities and 57 percent of U.S. residents. But the average Detroiter uses 48 percent of their credit line, as compared with the 31 percent average reported by residents in other Rust Belt cities and 29 percent across the U.S.

Whether it’s credit, a retirement account, or a savings account, evidence suggests that broadening your financial portfolio with even modest dollar amounts can make a world of difference on how ready residents are for emergencies or disasters. Elliott points to another Urban Institute report from April this year that found that if a family can put $250 to $749 dollars in a savings account, they reduce their chances of getting evicted, missing bills, relying on public benefits, suffering health issues, or facing large drops in overall income.

“This can really go a long way to make sure residents are financially resilient, so then cities aren’t having to support residents when a crisis or other social issues arise,” she says. “It’s a benefit to both the city and the people,” as starting with a small savings account often provides the footing needed for residents to start building up their credit score.

On top of financial literacy options like those offered by LIDC, in 2015 Detroit received a $5 million Department of Labor grant to build a city-state-federal workforce development program aimed at giving 1,500 residents access to full-time employment. As more jobs get created, the income base widens for Detroit residents and gives them more cashflow to put towards participating in financial markets.

Then there are groups like the Greater Detroit Center for Working Families Network, a program led by the Detroit LISC and United Way, that pairs financial literacy courses with job readiness training in 10 centers throughout the Detroit metropolitan area. Of the 2,400 people this network served in 2014, 53 percent went on to see a net increase in their overall income, while 36 percent increased their credit score.

So the right players are there in Detroit to reverse the Urban Institute’s findings, says Elliott. Now it’s just about attracting more of them.

“There could always be more” groups like CWF and LISC, she says. “And certainly to the extent that the government can work together with these organizations to build a platform of financial inclusion. Because everyone needs to be included in the city’s growth.”