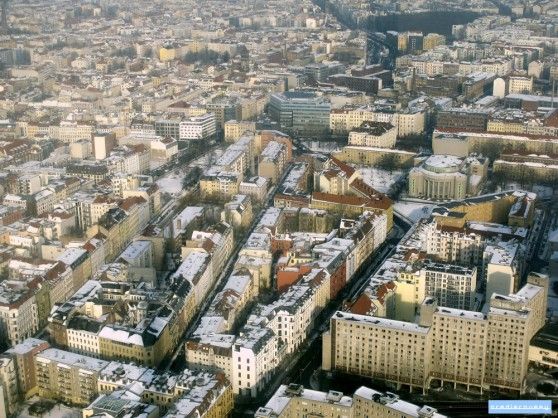 To understand the present, you have to understand the past, and a few evenings ago I met with someone who told me an enlightening story about one piece of the history of Berlin’s housing market. It helped shed some fascinating light on the current debate over gentrification.

Dr. Hans-Günter Kleff worked for 12 years as a Mieterberater in Berlin’s Kreuzberg neighborhood. Roughly translated, the job title means “rental advisor.” It was a specific position related to a very specific part of Berlin’s development history that takes a bit of context to understand.

There are many stories within the story of Berlin’s rising housing costs. It is such a complicated cocktail, in fact, that it would be impossible to deal with the ingredients all at once. The story Kleff told me is but one of these ingredients — but I think it’s an important one.

In the late 1800s and early 1900s Berlin’s rapid growth resulted in the similarly rapid construction of many working-class neighborhoods, or workers’ quarters. By the time the post–World War II era rolled around, however, many of the apartment buildings in those neighborhoods had fallen into disrepair and were no longer considered adequate living spaces.

“It was really catastrophic what one saw there,” Kleff told me. No central heating, no showers, several apartments sharing one toilet. In the winter the pipes and the toilets would freeze and burst. And on top of all this, the apartments were cramped; it was not unusual for five people to share one room.

In the 1950s through the 1970s, the state government (governmentally speaking, Berlin is both a city and a state) decided that the apartments should be torn down and rebuilt.

In some neighborhoods, especially on the city’s periphery, this happened. But in others there was enormous resistance against the idea: Why build something new when something old can be saved?

And so, starting in the 1970s under a number of various programs (the LAMOD-Programm, or Landesmodernisierungsprogramm, and ModInst, for example), the government began to hand out money to building owners to subsidize the renovation of their buildings into more livable spaces — to build in central heating, add toilets, divide the apartments in more appropriate ways and so on.

But there was a catch: In order to receive the money to rebuild, property owners had a contractual obligation with the government to ensure that the apartments would remain open to and affordable for the previous tenants after the renovations.

Kreuzberg was one of the neighborhoods that fought hard for renovations rather than tear-downs. So in the early 1980s Kleff was hired there by a community-organized rental association that had been tasked by the government to manage the renovation process. His job was essentially to act as the liaison between the government, the community and the building owners, as well as everyone else involved.

“The most important thing for us was that, in principle, anyone who wanted to remain living there should have the opportunity to do so. It wasn’t that no one from outside could come in, but it should be that the people who lived there had the opportunity to stay,” he said.

“We didn’t say that the rental prices absolutely could not go up at all, but it had to remain affordable for the people who lived there.”

That meant that part of Kleff’s job was to ensure that this was actually happening. The prices of the apartments were contractually fixed, and each year Kleff and his colleagues checked in with 10 percent (or 800 of the 8,000 apartments involved in the program in Kreuzberg alone at that time) at random to ensure that the correct people were living there, and paying the correct price.

How is this all relevant today? Well, a few ways.

First of all, Kleff’s job no longer exists. As the programs to retrofit the buildings slowly petered out, so too did the positions for the people in charge of managing them. That means that if prices go up in these buildings more than they are supposed to, there are fewer people poking around to find out about it. It would be much easier these days for someone to move in without even knowing (or caring, perhaps) that they were living in such a building, and pay more than they are actually supposed to.

Second, those contracts with building owners that kept renovated apartments affordable? Most of them were for 15- to 20-year terms, which means they are either running out right about now or, more likely, already have. Which means it’s now up to the market to decide what the apartments are worth.

At the end of our dinner, I asked Kleff what he feels when he walks through the neighborhood today — the place where he worked for a long time toward, in short, progress and better quality of life without displacement.

The buildings have changed, of course, he says, but so have the people.

“You see that a lot of people with a lot of money have come in. You see it in the cars, you see it in how people behave. This is, for me, a mainly negative thing. But I see it in the big picture as well.” It’s not only the living situations that have changed, he said, but also the traditional work and structure of the community. The small traditional shops are gone in many cases, replaced by restaurants and bars, which has changed the way the community functions.

“It is a little bit sad how it has developed.”