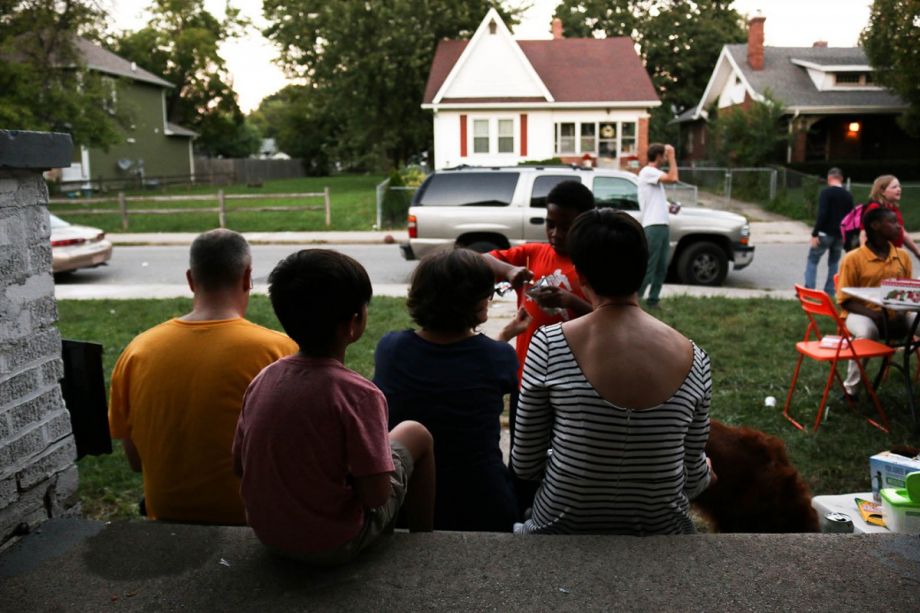 Tensions may still simmer where neighborhood revitalization and artists and the arts intersect, but when it comes to blight, block by block, creativity is often a good business proposition. Artists as a proven driver of property values were on display in a conversation between two very different ventures at a recent conference in Baltimore.

The first of those organizations didn’t start out devoted to the arts, but to Orange, New Jersey. Housing and Neighborhood Development Services, known as Hands, has been rehabilitating and redeveloping properties in Orange since 1986. In the two decades prior, Orange had first been gutted by an interstate project and then bled dry by the closure of the Rheingold brewery, which led to the loss of 700 jobs. One in 10 houses was vacant, over 400 overall.

Hands trained people, many of them homeless, in carpentry, and rehabbed nearly 100 of the worst properties in a bid to change perception and spur development. It worked. More investment followed, as did city support, and Hands continued to build and redevelop properties for homeownership. But Orange still needed jobs, beautification, recreation opportunities and more.

“It became clear that a concentration on the arts could reach part of all of those goals,” Hands Founder Patrick Morrissy said last week at the 2016 Reclaiming Vacant Properties conference.

ValleyArts, an arts advocacy spin-off of Hands, was born. Together, they’ve worked to develop galleries, performance art spaces, studios, venues, restaurants and more in the vacant factories of the Valley Arts District at the intersection of Orange and West Orange. To date, Hands has helped to develop over 100 permanently affordable arts spaces there. Hat City Kitchen, a restaurant and music venue, pays homage to the city’s history of hat manufacturing. The Luna Stage theater company moved to a former tool-and-die shop.

All of this squared with Hands’ underlying goal: to stabilize neighborhoods and spur private investment in Orange. “Arts and abandoned properties can be as simple as a real estate initiative,” said Morrissy. “Arts are, I hesitate to say it, kind of a branding strategy.”

But for the House Life Project, things didn’t seem as simple. The Indianapolis-based project — not a business or nonprofit — uses one vacant house at a time as a neighborhood arts space. Launched about a year and a half ago, House Life works with Renew Indianapolis, the city’s community land bank, to find suitable properties and minimally improve them to host workshops and community gatherings.

“We’ve been intentionally not renovating the houses. Our goal is to invest in the people, rather than the property itself,” Founder Meredith Brickell said in a video played before the Baltimore panel. That means neither of the houses so far have had working electricity or plumbing.

“The tendency is to want to feel ownership over this place and make it permanent, but that’s not what it’s about,” said Katy Brett, executive director of Renew Indianapolis, who also sat on the panel. While Orange was badly in need of development and investment, Indianapolis is seeing some redevelopment, albeit on a limited scope. Brett said most approaches to vacant properties view them either as nuisances to be eradicated, or assets to be capitalized on. “The reality is that many properties don’t warrant demolition and are not yet the focus of revitalization,” she wrote in an email after the conference. House Life, on the other hand, utilizes properties in their interim state.

Renew Indianapolis receives many requests from artists who want to create works in and around the city’s vacant houses — painting the shutters bright colors for example — and not all of them get the nod. Those projects can seem “exciting, but it can also feel kind of exploitative,” Brett said.

Brickell tries to avoid that vibe. She’s not trying to create a spectacle. She lives within a mile of both the first and second houses, and sees House Life as much an arts project as a social connectivity project. Brett notes that traditional economic gentrification also isn’t so much of a problem for the Near East Side — people aren’t being displaced by rising rents — but owners or long-term renters may be choosing to move when the neighborhood no longer feels like theirs. House Life tries to forge a connection. When the land bank sold the first house artists had used temporarily, children gave the new homeowners cups they had made there as a gift.

“Investing a lot of time and energy into something that doesn’t really make sense, artists are really good at that,” said Brickell on the panel. “Artists are often attracted to places that are affordable, and that operate outside the marketplace.” But she’s wary of the ways in which artists can move a neighborhood or a property from the fringes to the center.

She wants to stick to a single house at a time, and says she’s tried to stick to a slow process, making sure that even though the project has no ownership over the property, the house’s immediate neighbors always feel ownership over the project. One house hosted weekly porch parties where anyone was invited to come meet their neighbors, in addition to storytelling events and youth photography workshops. 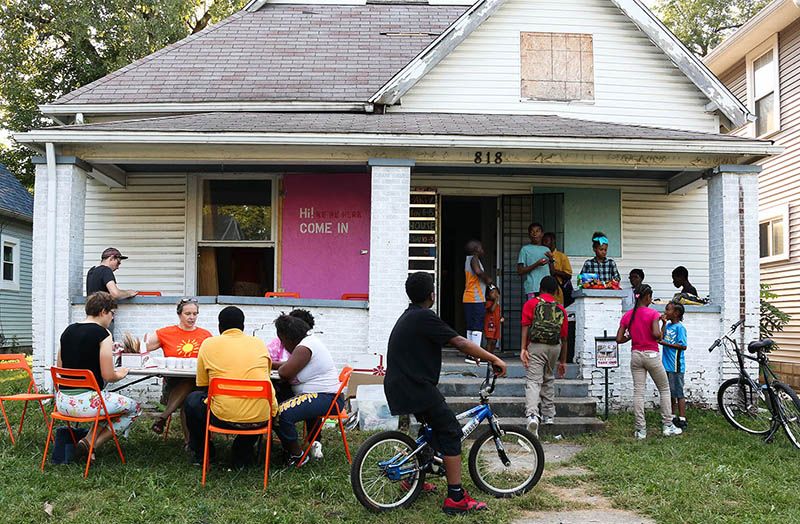 “Transactional thinking only goes so far, and we’re willing to go beyond that way of thinking,” said Brickell.

For Morrissy’s part, having witnessed decades of economic change in Orange, from the flight of wealthy residents to the 2008 financial crash, he said he looks to the perception of Orange as a place to invest in, the actual economic impacts and the renewed cultural vitality of the arts district in particular.

Lois Greco of the Wells Fargo Regional Foundation, a Hands funder, said the fact that it’s hard to park in the arts district during events would have been unthinkable less than a decade ago. “We have a parking problem, how exciting is that?” she said.

Still, Morrissy joked that Hands doesn’t always get the credit it deserves. “We’re the unauthorized leaders of Orange’s renaissance,” he said. Hands is far older and more established than House Life, and was begun at a time in a city far greater in need, but the organization still needs to draw on deep relationships and door knocking and community support to get its work done. Morrissy leaves the organization in three months, and succession planning has been a challenge. Hands will need someone who can similarly navigate city politics, business transactions and a genuine appreciation for the arts.

House Life, at least right now, isn’t aiming for anything nearly as ambitious. Brickell just wants to remain a neighbor. “We’ll just do what needs to be done as long as it needs to be done,” she said.