Artists Search for Affordable Workspace in Chicago Parks – Next City 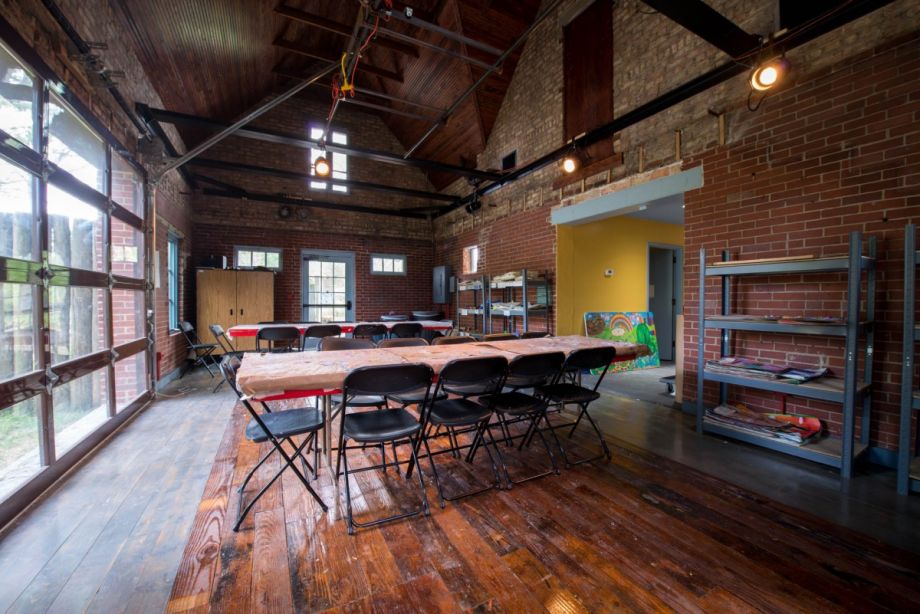 While artists clamor for affordable places where they can create and share their work, acres of municipal space across America sit underutilized in libraries, courthouses, schools and so on.

In Chicago — home to 8,444 acres of green space — plenty of that unused space is in public parks. About 230 of Chicago’s nearly 600 parks contain field houses, public buildings often already equipped with arts amenities like wood shops, ceramic studios and auditoriums.

Now, thanks to a partnership between the Chicago Park District, the Department of Cultural Affairs and Special Events, and nonprofit technology company Fractured Atlas, an inventory of those spaces is available online. The Chicago Parks Art Spaces directory allows artists to search for spaces they can rent for performances, rehearsals, exhibitions, workshops and a host of other uses.

“In these field houses you can see that arts and culture have been a vision and commitment of the District since the moment of brick and mortar,” says Angela Tillges, senior program specialist for the Department of Culture, Arts, and Nature at Chicago Park District. “We have these spaces and we have them all across the city. Placemaking need not be about building and creating something new, but … about revealing, celebrating and reinvesting in what is already there.”

The directory is powered by SpaceFinder, a platform created by Fractured Atlas that helps artists find available space in 13 cultural regions across the U.S. and Canada.

In each city, Fractured Atlas partners with local organizations and tailors the platform to that city’s needs. Venues that are made available are highly diverse, including churches, yoga studios, theaters even a carpet gallery.

“We’re so widely defining what the marketplace is,” says Lisa Niedermeyer, SpaceFinder’s program director. “If you are a bookstore and you’re willing to have literary readings, then you’re a literary reading space!”

Municipalities have chosen to list their spaces too — including some very impressive courthouses in New York City — but Chicago’s is the first parks department to integrate with SpaceFinder, making it the first city to create a public space inventory on the platform.

Niedermeyer says it’s not the first city to try. Other municipalities have approached her to do the same, but encountered obstacles: wanting to build and brand their own technology instead of working with the existing platform; underestimating the difficulty of gathering useful data for potential renters beyond points on a map; and failing to elicit buy-in from the people who would manage the venues.

This outreach is one reason Tillges says the Chicago Park District has succeeded where other cities have faltered.

“Chicago Park District has artists embedded in its staff at every level,” she says. “It’s thinking about arts in the landscape of what a park is and what it should do and offer to a community.”

The District already hosts a multitude of arts programming in the parks. The Arts Partners in Residence program trades arts organizations free space for free public programming. Night Out in the Parks brings more than 1,000 cultural events to neighborhood parks every year.

Even so, partnering with Fractured Atlas and utilizing SpaceFinder was a natural fit. “We could have easily put this up on our site,” says Tillges, but artists may not think of parks when searching for space. “It’s not even on their radar.”

On the other hand, thanks to a previous partnership with the League of Chicago Theaters, SpaceFinder already existed in Chicago. The arts community was already looking to the platform to meet its needs.

But prior to the parks partnership, the majority of spaces listed in Chicago were primarily theaters, clustered downtown. The platform was working well for the theater scene, “but it wasn’t necessarily fulfilling the promise of impact for all of Chicago,” says Niedermeyer.

The 2013 Chicago Cultural Plan was criticized for concentrating too heavily on the downtown, touristy core. Tillges says the Chicago Parks Art Spaces directory allows the parks department to respond to citizens’ demands for greater arts involvement in every neighborhood.

Where five months ago there were no available spaces in South Chicago, for example, today there are 41.

“When you have these points of permission, points of access, points of invitation into other neighborhoods, then we start to see the arts and cultural landscape really move around the city,” says Tillges.

Niedermeyer says the directory can be a discovery tool in more ways than one. Artists might discover new neighborhoods, new parks and especially, new spaces.

“There’s more space than you think,” says Niedermeyer. “There really is, and technology is a wonderful tool to prove that point.”