Mel Chin’s Art Beckons the Changers of Cities – Next City 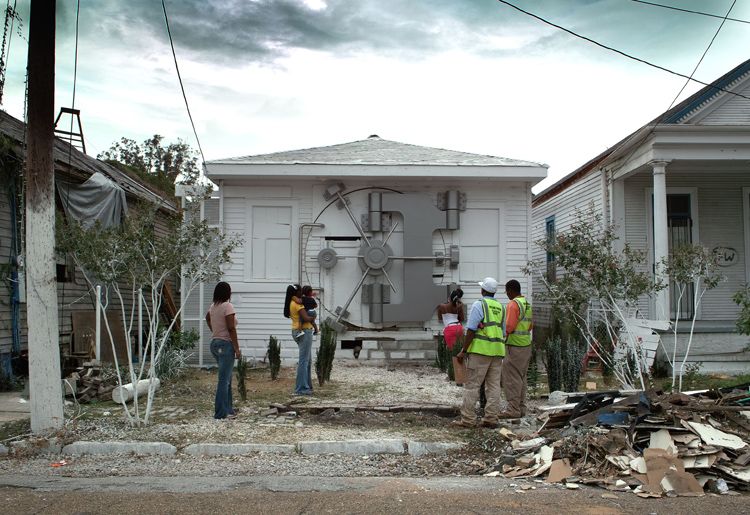 Operating with a sly wit and a keen sense of injustice, Chin himself seems to cross boundaries between artist, activist, performer, commentator and trickster. “Rematch” reminds audiences how he has delved directly into site-specific political questions from New Orleans to St. Paul. Over four decades, Chin has not been bashful when it comes to using art to explore the problems of urban margins.

In “Revival Field,” launched in 1991, Chin and USDA agronomist Rufus Chaney created a living model of green remediation. St. Paul’s Pig’s Eye Landfill, a Minnesota Superfund site, could be a synecdoche for the toxic legacy of Rust Belt steel’s glory days. The landfill contains heavy metals deposited from industrial activity that has long declined, leaving behind the remainders of waste and unemployment.

Chin and Chaney developed a conceptual ecological sculpture that actually has demonstrated extraction of heavy metal deposits. Chin’s mandala-like planting of Thlaspi, a hyperaccumulator plant, inside of a concertina-wire-topped chain-link enclosure aestheticizes a possible solution to urban sites of contamination. The maquette on display in “Rematch” emphasizes the round form, which Chin — ever the joker — states came simply because the circle is a form that seduces the eye. No matter. The plants are absorbing cadmium from the site, while luring in visitors with a form that suggests a redemptive cycle.

Other works in “Rematch” offer prescient commentary on racial identity. “Fan Club” is perhaps the most halting work in the entire show — with resonance to racial conflict and violence particularly pointed in a St. Louis still uprooted by a Ferguson, Mo. police officer’s shooting of unarmed black teenager Michael Brown. Chin’s work disturbs by invoking a harsh wit. A baseball bat, Chinese silk and Chin’s own blood painting of a Japanese flag commemorates Detroit auto workers’ baseball bat beating of a Chinese-American man who they thought was Japanese.

“Operation Paydirt/Fundred Dollar Bills Project” presses beyond lament and even art to political organizing. Chin began the project while visiting New Orleans after Hurricane Katrina; he felt called to the city’s 86,000 lead-contaminated residential properties and their impact on children’s health. Chin decided to begin a long-term campaign for “real change” in lead poisoning prevention. One of his earliest art projects was “Safehouse,” which used an abandoned wood-frame shotgun-style house in the St. Roch neighborhood that’s typical of the city’s lead-carrying vernacular architecture. 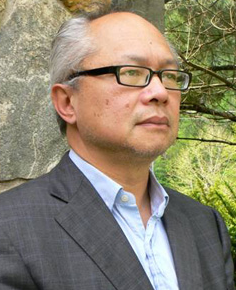 To underscore the financial costs of lead poisoning that typical houses bear, Chin affixed a mock safe door to the front of the house in 2008. The vault-house became a gathering place for the artist and supporters to collect “fundred dollar bills,” symbolic hundred dollar bills created by children and caregivers. To date, Chin has collected nearly 450,000 bills, which he plans to present to Congress in a dollar-for-dollar exchange for real lead poisoning prevention. According to the World Heath Organization, childhood lead poisoning costs the U.S. $43 billion a year.

As Chin seeks long-term policy and funding responses in New Orleans, he moves from the part of designer to catalyst. He has stated before that the question should not be “can art save cities?” but “can we save cities?”

By “we,” Chin means everyone, and he situates the artist in an equal — not superior — role to everyone else needed to create social change in cities. Thus Chin craftily invites us to recognize and embrace our own roles in saving American cities.