Arizona Takes Soda Taxes Off the Table for Cities – Next City

Arizona Takes Soda Taxes Off the Table for Cities 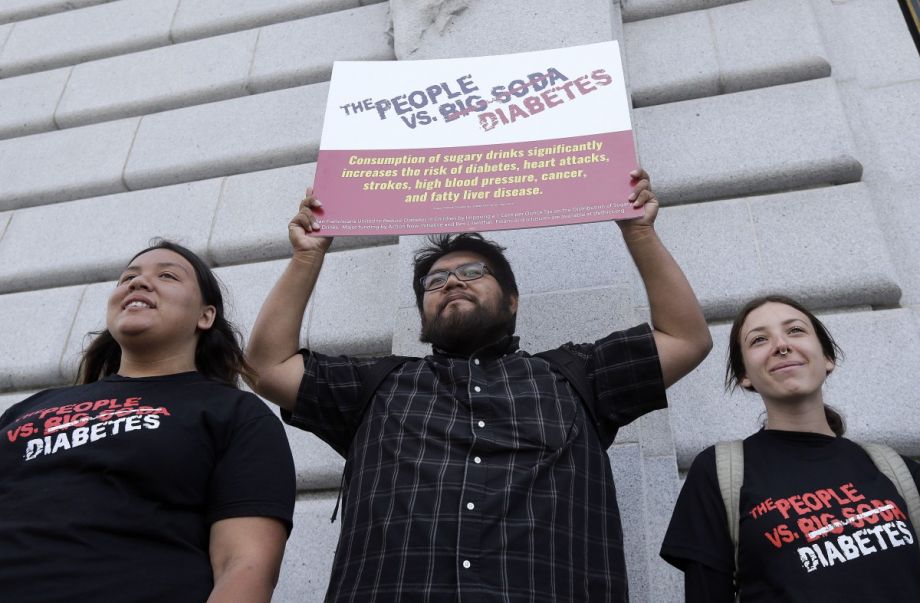 Demonstrators show their support of a tax on sugary beverages outside of City Hall in San Francisco. (AP Photo/Jeff Chiu, file)

Count another win for state preemption laws, and another loss for cities. Last week, Arizona Governor Doug Ducey signed a bill barring cities and counties statewide from enacting soda taxes. The legislation, from Republican Representative T.J. Shope of Coolidge, doesn’t actually mention soda — but it does state that all foods and drinks should be taxed equally, Fox 10 reports.

“What this bill says is in the state of Arizona, we are going to treat all food the same. So if you want to raise taxes on sugary items, you are going to have to raise taxes on all other food items at the same time,” Rep. Shope said, according to Fox 10. “Others have [tried] to outright ban sugar taxes and stuff. We didn’t want to take that approach. We didn’t want to come down on cities that may tax foods. Some cities tax food, others don’t.”

But while the bill makes a pretense of simple food equality, it’s obviously targeting soda taxes, according to the Arizona Daily Sun. Tim McCabe of the Arizona Food Marketing Alliance told the House Ways and Means Committee members last month that it wasn’t the government’s role to influence consumer behavior with taxes, and legislators apparently listened closely.

The Food Marketing Alliance is a powerful player in Arizona state politics — and has a history with preemption laws. After the city of Bisbee enacted a plastic bag ban in 2012, the alliance lobbied for legislation to overturn it and ban bag bans throughout the state, according to Governing. In 2015, it was successful. Such bans have also been enacted at the state level in Michigan, Missouri, Idaho and Wisconsin, among others, as Next City has covered.

Voters in Berkeley, Philadelphia, San Francisco, Oakland, Boulder and Albany, California, (but not Santa Fe) have successfully passed soda taxes, meanwhile. But Washington — where Seattle also recently passed such a tax — may be next for the state preemption treatment. On Monday, the Associated Press reported that a group backed by the American Beverage Association (including The Coca-Cola Co. and PepsiCo Inc.) had submitted language for a statewide initiative barring cities and counties from imposing taxes on sugary drinks.