3 New Apps That Could Save Lives in a Natural Disaster 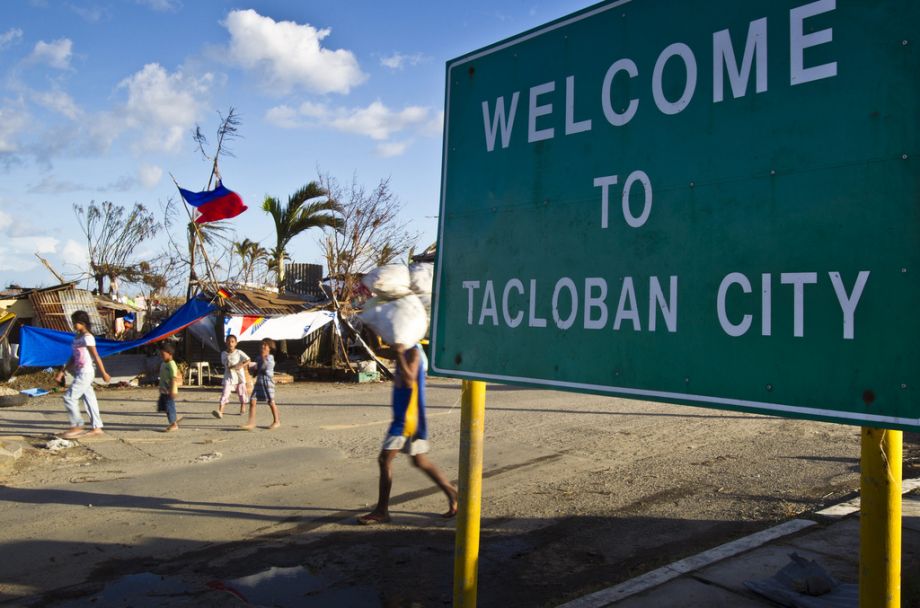 After Typhoon Haiyan destroyed Philippine cities like Tacloban, the U.S. Embassy in Manila expressed a need for better apps to aid in disaster response. Photo credit: Department of Foreign Affairs via Flickr

After Typhoon Haiyan roared through the Philippines in 2013, Globe Labs, a subsidiary of a Philippine telecommunications firm, noticed something strange. Almost immediately after the storm passed – and in fact, even while it was still whipping through the country – there was a sudden and dramatic spike in the number of people uploading apps to the internet. Normally the company sees 30 to 50 new apps per month created in the Philippines. On the day of the storm, and for about ten days after that, Globe Labs tracked 30 to 50 new apps per day.

What happened, according to the company, was essentially digital sandbagging. Michelle Santos, who handles developer relations for Globe Labs, says the surge in new apps was driven by “the urgency of people to help.” Developers, hunched over their computers in unaffected parts of the Philippines – one of the world’s top countries for I.T. outsourcing – put their coding skills to work in service of disaster relief.

Their efforts, however, were somewhat misdirected. With electrical grids and cell towers knocked offline, such fancy tech solutions were less useful in the emergency phase. But apps can be invaluable when it comes to mitigation and monitoring, both before the event and in the aftermath, and the U.S. Embassy in Manila wants to harness that energy. This month, along with Globe Labs and Google Developers Group, the embassy sponsored a Tech for Resilience Week to find technological solutions for disaster preparedness, and give such app developers structure and purpose.

Partnering with local government officials, NGOs and others with on-the-ground experience, the U.S. Embassy ultimately came up with a list of five disaster needs that could benefit from apps:

1. Government officials want an app that will help them manage red tape by combining hazard maps and land-use plans so they can issue permits only in areas where it is safe to build. If a coastline is known to be vulnerable to a storm surge or tsunami, for example, the app would tell an official how far the wall of water is expected to reach so he doesn’t issue a permit for a townhouse that may one day be crushed by the sea.

2. They want an app that will simulate and track the carrying capacity of a city’s drainage infrastructure. When a city or neighborhood is submerged in water to the rooftops, as commonly happens somewhere in the Philippines every year or two, it causes major economic and social displacement. Government officials asked for an app that will give them information on their drainage infrastructure and allow them to plan ways to raise their flood-control capacity.

3. The Philippine government issues weather advisories to municipalities. Officials want an app that will translate these warnings, through simulation, into flood or landslide scenarios to make it more clear to residents why exactly these conditions are dangerous – i.e., by showing how a certain a certain amount of rainfall could lead to a landslide that buries their village.

4. They want an app for keeping track of protected areas, with the idea that natural features like mangroves and forest cover help reduce the size and the harm of landslides and storm surges.

5. Sturdy structures are the first defense against disasters, so government officials wanted an app that makes it easier to assess the structural integrity of buildings, particularly schools, government agencies and hospitals — critical infrastructure during evacuation and emergency recovery. It would be a compounded tragedy if the evacuation areas turned out to be death traps, as happened in the last major disaster.

The Tech for Resilience Week ended in a 24-hour hack-a-thon with about 70 developers pounding out code into the early hours of the morning. When all was said and done, a panel of judges evaluated the apps on criteria like relevance, sustainability and innovativeness, and chose three winners.

The prototype for an app called Kuwago — which aims to help officials make smarter decisions about impending disasters at the local level — won first prize. Using monitored values (like wind speed and direction), it answers questions like, “Is the storm getting worse?” and, “How much time do we have before people need to evacuate?” It then provides evaluations and recommendations for action.

An app called DE, and subtitled “Assessing Structural Integrity Made Easy,” also won. By answering simple questions about when a building was made, construction type, and water, fire and earth hazards, the app can produce a preliminary report on building integrity, and shorten the amount of time spent on generating building inspection documents from several weeks to five minutes.

Finally, ERPAT, short for Electronic Registry for Permit Assessment and Tracking, also eliminates layers of bureaucracy, this time by reviewing and issuing housing, business and building permits. Contractors, architects and builders can turn in their applications and requirements electronically. The information will be sent to building inspectors who can then input data, pictures and notes straight into the app.

The U.S. Embassy will grant each winner 30,000 pesos ($685 USD) to complete their projects, which will be implemented in one or two partner municipalities. In time, if the apps work, they’ll be scaled up for use in other cities and villages in the Philippines.