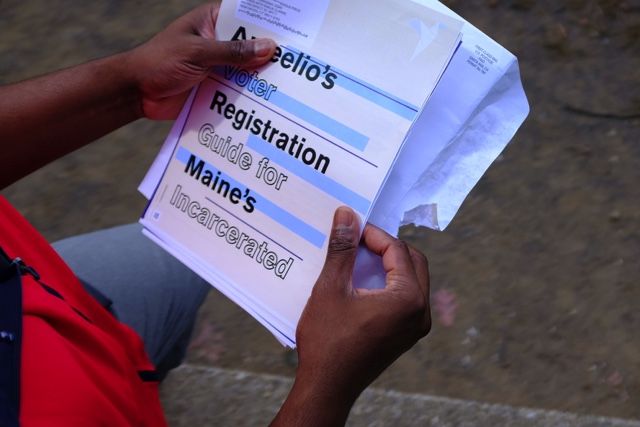 All incarcerated residents of Maine have the right to vote — it’s one of two states, alongside Vermont, that allows it — but few actually do so. Low literacy rates and restricted access to information are among the main reasons.

This challenge became an unexpected opportunity for Ameelio, a technology nonprofit launched by Yale students this March to facilitate free communication between incarcerated people and their loved ones. The early goal was to provide a not-for-profit alternative to the $1.2 billion prison telecommunications industry, in which private companies charge for phone calls and emails into U.S. prisons.

“We wanted to start with letters because we knew just how important of a communication method it was,” explains co-founder Zo Orchingwa, who was a Yale Law and School of Management student before taking a leave to work on Ameelio. “It was also the easiest way to break into this industry … it allowed us to connect with users right away.”

The nonprofit’s early pitch — users make an account to send a letter, photo or postcard to their incarcerated loved one, free of charge — quickly grew as the team realized the potential to coordinate mass mailings into prison. Hence, a voter registration campaign targeted inside Maine prisons, in which Ameelio provided all 1,709 incarcerated residents with the necessary forms and instructions to register to vote and vote by mail.

“We found that organizations were also having the same issues as families,” says Andrew Lama, program director for Ameelio. “We’re leveraging our same mailing platform that we use for families to incarcerated individuals to facilitate mass mailings into facilities as well.”

Ameelio is the result of Orchingwa’s desire to provide a technical solution to one of the more under-reported bad actors in the criminal justice space — a duopoly plagued by issues including sky-high phone rates and inexplicable consumer fees. In response to growing advocacy against rising phone costs, the Federal Communications Commission capped the cost of out-of-state phone calls from both prisons and jails at about 21 cents a minute, according to Prison Policy Initiative. But in county- and city-run jails — where predatory contracts get less attention — instate phone calls can still cost $1 per minute.

Last year, Orchingwa recruited Yale undergrad Gabe Saruhashi to develop what would become the only nonprofit prison telecommunications provider in the U.S.

The team raised over $48,000 through Kickstarter alongside private funding to build the communications platform and offer it to families for free. Users simply make an account with Ameelio, find their incarcerated loved one and write their letter on the platform. Because Ameelio operates as a straightforward mail service, they don’t need approvals from facilities to send in mail.

Following the March launch, Ameelio sent about 300 letters a week on behalf of its users. Six months later, the nonprofit has 16,000 users and sends over 4,000 letters a week to correctional and immigrant detention facilities in the United States. “We’ve scaled up pretty fast, and it was all through word of mouth,” according to Saruhashi. 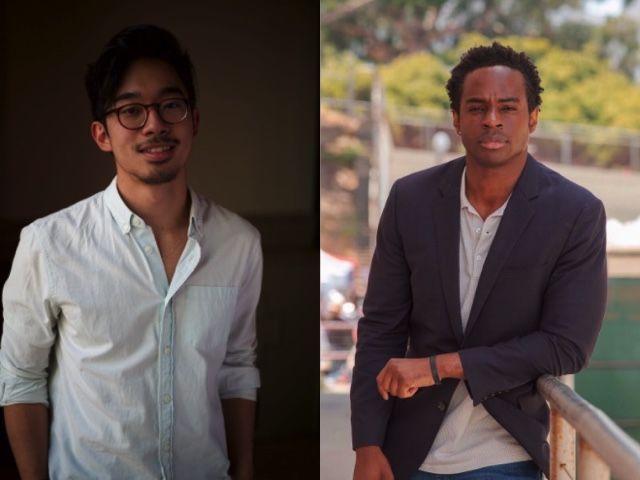 As the team works out of New Haven, Connecticut, they formed an early partnership with the state’s department of corrections. Because the department put up fliers about Ameelio across its facilities, Connecticut residents make up about 30 percent of the nonprofit’s user base.

As that base grew, Ameelio flagged the need for coordinated mass mailings inside prison. Organizations focused on criminal justice and legal advocacy didn’t have tools, besides old-fashioned snail mail, to send information to clients. The result was Letters for Organizations, a platform designed to help organize contacts and handle bulk mail. It’s already being used by the Marshall Project and the Harvard Prison Legal Assistance Project to connect with their target incarcerated populations. Pen America, which uses the platform to manage its volunteer base and communicate with all incarcerated writers in the program, expanded its program by 50 percent after moving online.

Ameelio also created a framework to manage existing prisoner data and send targeted mass mailings. The nonprofit can identify individuals who are close to leaving prison, for example, to send mailings about reentry support.

That’s what happened for the voting campaign in Maine. “As the election came around, we had all this legacy data from previous data collection projects and we noticed there was a use case in Maine in the Departments of Corrections,” says Lama. Ameelio used that data and its Letters for Organization framework to reach out to everyone incarcerated in the state about their voting rights.

Though it’s too early for the team to measure engagement impact, they consider the initiative an important first use case. “We’re in talks with a voting organization … the idea is that they would handle all the content geared toward any organization who wants to register voters that are incarcerated,” Orchingwa says. “We want this to be a longstanding tool.” The team hopes to replicate the registration drive in Vermont as well as Washington D.C., which became the first municipality to restore voting rights to people currently incarcerated on felony charges this year.

At least one organization significantly shifted its outreach using targeting mailings through Ameelio. The nonprofit gathers data on incarcerated youth and manages targeted mailings for DreamKit, an app designed to support unstably-housed young people. (Like Ameelio, DreamKit was incubated out of Yale and based in New Haven.) DreamKit now sends outreach materials to 18 to 24 year olds to be released from Connecticut facilities in 30 days, who are often at high risk for homelessness.

“For us, there was no way for us to push this information in such an easy, seamless way without the support of Ameelio on the back end,” says DreamKit’s founder and executive director Marina Marmolejo. “The trust takes a while, and Ameelio is helping us start that trust building relationship with youth way earlier than we could have done before.”

Orchingwa’s goal is to make Ameelio self-sustainable; the company will eventually charge criminal justice organizations and lawyers who use the platform for mass mailings. Through that revenue, eventually offering a “premium” model of the platform, and private funding, Ameelio will keep its communication platform between users and their incarcerated loved ones free.

The team knows the uphill battle required to disrupt prison telecommunications, especially considering most states receive kickbacks from telecommunications companies that operate inside prisons. “A lot of Departments of Corrections are making money from this industry,” says Orchingwa. That’s been the main challenge as the nonprofit seeks to expand its offerings with free video conferencing, he adds.

Still, Orchingwa knows there’s an urgent need for nonprofit alternatives in the for-profit U.S. prison industry. “The value of these [telecommunication companies] is directly tied to how big the prison population is,” he notes. “We believe incarceration should be divorced from profit.”

With that long term mission, the Ameelio team has found that seamless communication tools can benefit incarcerated people in a variety of ways right now. “A lot of people fall through the cracks,” Saruhashi says, “When there are so many organizations with good resources but incarcerated people don’t know about those resources.”