App Inspires You to Beat the Neighbors on Water Use 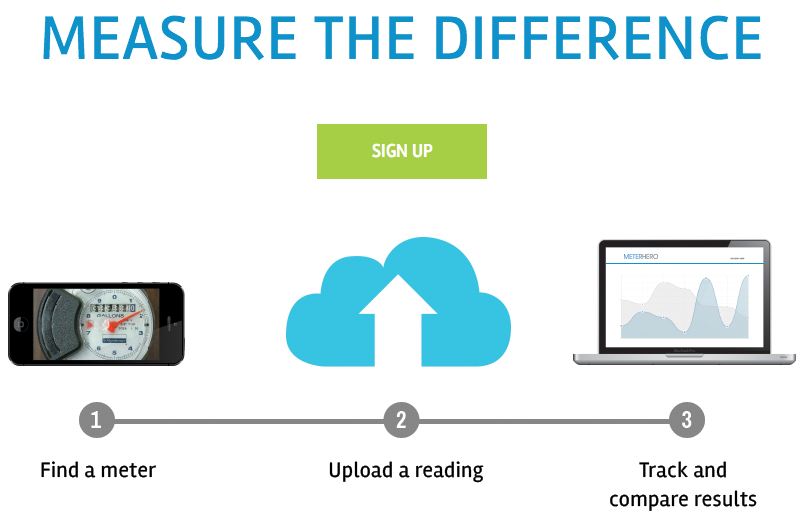 A couple of years ago, McGee Young was a tenured professor in the political science department at Marquette University, teaching a class about water policy. Frankly, it was getting him down. “You teach these classes and it’s all gloom and doom,” Young says. “It’s all, ‘We’re all gonna die, and what are we going to do about it?’”

His students, however, weren’t looking at the dark side. They wanted to figure out ways to make a positive difference in the way people use water, and their enthusiasm motivated Young to come up with a creative idea of his own.

The result, H2Oscore, is an online tool that allows water consumers of participating utilities to view a dashboard that shows how much water they use and how their usage stacks up against that of their neighbors. Based on data that water companies already collect, the tool was piloted in five Wisconsin communities and immediately had the desired effect, with users cutting consumption by up to 25 percent.

“How do we incentivize different kinds of behavior?” Young says. “There’s massive amounts of data on water use that’s collected, but simply not utilized. We have web technologies, mobile technologies that really provide the solution we need. But we haven’t capitalized on it.”

Young’s start-up has been working with the support of The Water Council, a Milwaukee-based non-profit that aims to foster the area’s booming water sector — some 150 water-based businesses have their headquarters in Wisconsin — by facilitating collaboration among businesses, government and academia. H2Oscore was one of several start-ups to benefit not only from seed funding administered through the Water Council, but also from the support of the organization’s brand-new Global Water Center, which opened last fall.

Young and his colleagues are now taking H2Oscore to the next level, launching a mobile app called MeterHero that will allow businesses and homeowners to also monitor their gas and electric consumption. Users can enter their own data from meters at home. The MeterHero platform is one of 10 finalists in the 2014 Clean Energy Challenge.

The reaction of consumers to the H2Oscore pilot programs has been enlightening, Young says. People immediately noticed usage patterns and got motivated about tracking down leaks and other sources of water waste. He tells the story of one man who was baffled about why he was using 500 gallons per day, and who finally figured out that leaving his hose running to irrigate a tree in his yard was a costing him big time.

People also get very competitive with the neighbors. “That’s the thing that everybody gravitates toward,” Young says, adding that some users would call trying to find out information on specific addresses (all of which is secure and private). “They get mad because they say people ahead of me must go on vacation a lot, or have fewer people in the household.”

These individual motivations to conserve are stronger and less complicated than what goes on at water utilities, which sometimes don’t want users to cut back too much because it means a loss in revenue. “It’s a little like telling a barbershop, ‘I’ve got this great program that means people are no longer required to get haircuts,’” Young says.

That’s one reason Young and his team, some of them former students, are pursuing the consumer-based model and working with school science programs as well as partnering with utilities, many of which do have strong conservation programs. Individual education and awareness, Young says, is a powerful tool in creating behaviors that lead to better use of limited resources.

“Once you create that awareness, there are so many ways that you can create efficiency that we haven’t thought of,” says Young. “What Dropbox did to your file-keeping, we want to do for your utilities. And we think there’s a billion-dollar market for efficiency at the end-user level that hasn’t even been tapped yet.”