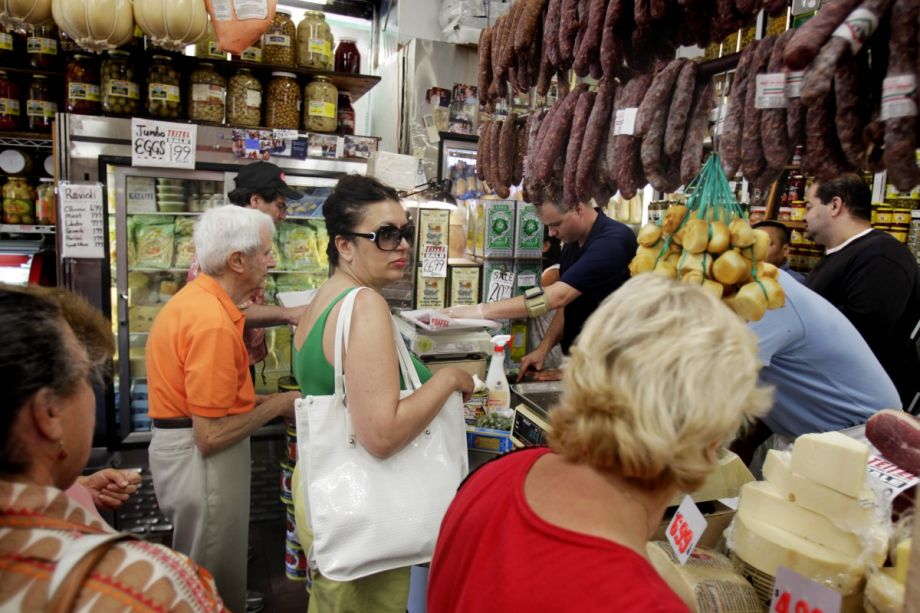 Fifteen streets, neighborhoods and public spaces were named “Great Places in America” by the American Planning Association Monday, representing “the best in planning and community impact,” according to the APA. Recognized for their accessibility, architecture, affordable transportation options, community involvement and economic opportunity, the winning spots span the country from Albuquerque to Fairbanks to Louisville.

In Philadelphia, Fairmount Park was recognized as unique in the history of American planning. Concerns about degrading water quality due to industrial pollution in the Schuylkill River, and a desire to create open spaces that would also serve as “social safety valves” after riots in the 1840s, led to the acquisition of land north of the Fairmount Water Works. By purchasing or condemning estates, the city was able to assemble hundreds — and ultimately thousands— of acres of land along the Schuylkill and nearly up to the mouth of Wissahickon Creek.

Today, the park spans 2,054 acres of varied terrain on both sides of the river. In addition to some of the original houses, the park hosts several museums and venues, sports facilities, an orchard, greenhouses and playgrounds, and public art is scattered throughout. Projects to expand the urban canopy and to transform an abandoned reservoir into an environmental education center are underway.

To the south, Midtown Atlanta made the list of five great neighborhoods. Bordered by the city’s Amtrak station, medical district, Piedmont Park and the Atlanta BeltLine, the neighborhood constitutes Atlanta’s urban core. A late 1990s master plan for the neighborhood led to the largest rezoning effort in the city’s history, and resulted in a dense, mixed-use, walkable neighborhood.

APA called Midtown the city’s “heart of the arts,” with the largest concentration of arts and cultural attractions in the southeast, including the historic Fox Theater. Several universities and research institutions, including Georgia Tech, are also located in the neighborhood. Four MARTA stations serve Midtown, and 96 percent of commercial and residential buildings are within a 6-minute walk of a station. In addition to public infrastructure investments such as bike lanes and sidewalk enhancements, almost $5 billion in new private investment has been poured into the 1.2 square mile area since 2000.

Atlanta’s iconic Peachtree Street also runs through Midtown, and is closed to traffic twice a year for Atlanta Streets Alive, the city’s open streets event. Now a $5.6 million renovation of Juniper Street will add a buffered bicycle lane and stormwater mitigation. Another Midtown Alliance project will add environmental and urban design improvements to the I-75/85 connector that borders the neighborhood.

One of the five winning streets, the Bronx’s Arthur Avenue, is known as New York City’s true Little Italy. Arthur Avenue’s cultural streetscape runs about a half-mile between 184th and 187th Streets in the Belmont neighborhood of the Bronx. Lined with restaurants, grocery stores and shops — many of them passed down through generations — Arthur Avenue repeatedly scores the most “Best Buy” awards in the annual Zagat Survey of any NYC neighborhood.

At the heart of this cultural and gastronomic mecca is the Arthur Avenue Retail Market, which opened in 1940 and continues to sell hard-to-find European products. All buildings on this stretch of Arthur Avenue are mixed-used, with residences above and shops below. And the neighborhood is no stranger to parties, including Ferragosto, an annual celebration of Italian culture.

The full list of this year’s winners are on the APA’s website, along with a map of all past winners. Suggestions for next year are accepted year-round, and the APA is also asking the public to nominate streets, neighborhoods and public spaces for the 2016 “people’s choice” category.