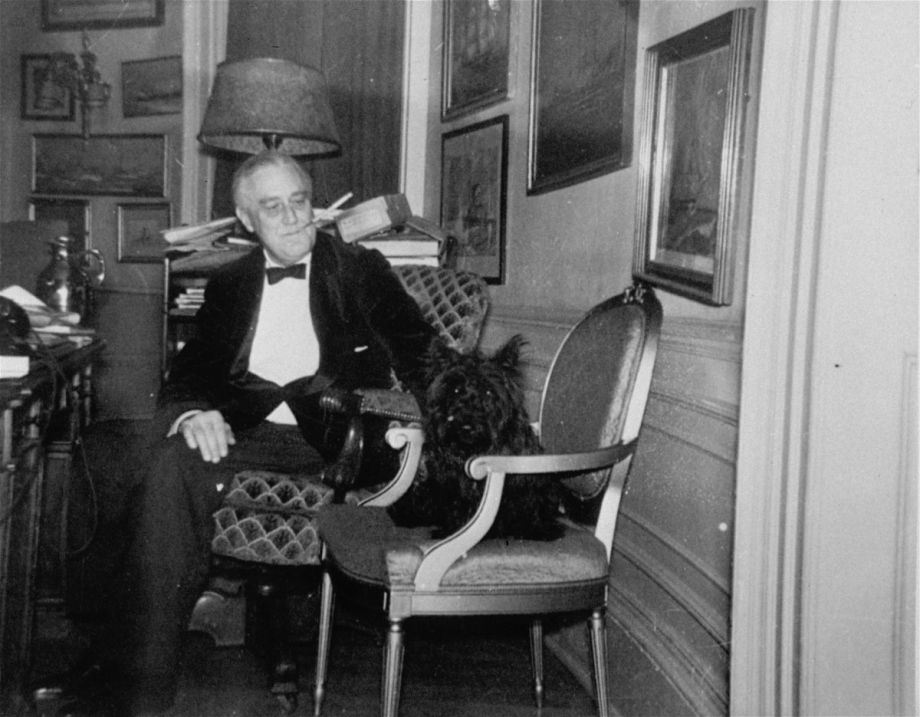 According to one of his advisors, Franklin D. Roosevelt never “had a vision of the city as a high expression of human aspiration.” (AP Photo/FDR Library)

Most Americans, at most times, haven’t cared much for cities. In an annual Gallup poll, from 1966 to the present day, the number of Americans who have reported a preference for city living has never been higher than 20 percent. (The other options Gallup provides are small town, farm or suburb.) This disdain provides plenty of fodder for Steven Conn’s new book, Americans Against the City: Anti-Urbanism in the Twentieth Century, which is a useful overview of the nation’s strains of anti-city sentiment.

Besides being crammed with intriguing arguments and eye-catching facts — did you know that 70 percent of Americans still commuted by public transit in 1954? — the book catalogs decades of city-bashing from many of the usual suspects, including Lewis Mumford’s urbane anti-urbanism and the ravings of Houston elites, drunk on oil and casual anti-Semitism. The overblown fears and suspicions quoted throughout would be funny if they hadn’t been so damaging. Consider the calculated ravings of Frank Lloyd Wright, who liked nothing better than a good cancer comparison when discussing the supposed failings of New York and Chicago. “To look at the plan of a great City is to look at something like the cross-section of a fibrous tumor,” he notes in an infamous bit of anti-urban vitriol.

But Wright’s poorly reasoned prejudices are well known. Americans Against the City is at its best when it reveals unsuspected caches of such sentiment. Here are a few of the most unexpected enemies of the city Conn dug up.

The New Deal coalition was built, in large part, upon an alliance of racist Southern Democrats and the big urban machines of the Northeast and Midwest. But according to Rexford Tugwell, one of FDR’s most influential advisors, the President and former New York governor did not much care for the cities where so much of his more progressive support was based. Roosevelt never “had a vision of the city as a high expression of human aspiration. He always did, and always would, think people better off in the country. … He saw no reason why millions of [urban] families might not have subsistence farms.” No matter that those very farms had proved so abominably difficult to maintain that many of their minders had split for the metropolis. 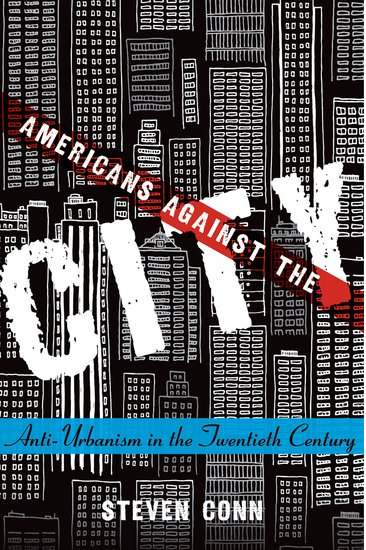 The New Deal was a good deal more favorable to cities than the policies put forward by most previous administrations — it created much needed public housing, if in a fatally flawed form — but it still reflected the conventional wisdom of the era (blaming “congestion,” read density, as the root of most urban evils).

The New Deal’s Federal Housing Administration mostly subsidized single-family units for the middle-class, especially those on the outskirts of cities, rather than the dense, multi-family units found in urban neighborhoods. The agency also notoriously favored redlining, the practice of highlighting whole sections of the city as ineligible for FHA loans. These no-go zones encompassed the vast majority of African-American neighborhoods. After World War II, it only got worse.

The man who brought you the Appalachian Trail, Benton MacKaye, did so in part because he wanted to provide not just an escape but an alternative to the “sardined humanity” he beheld, with shuddering horror, in Chicago. MacKaye believed that “the metropolis is a harbinger of death … the end of the present western mechanical regime.” Thankfully the fruits of his anti-urbanism proved harmless, only inspiring the beautiful 2,000-plus-mile trail from Georgia to Maine. In his original formulation, it was meant to culminate in a series of settlements that would allow people to come back to the land and a more agrarian way of living. That never happened, but the trail itself still soldiers on as one of the nicer manifestations of city-phobia.

The predictable bromides of rural-sanctification and urban devilment continue to pop up in unusual places throughout Americans Against the City. The chairman of LBJ’s Task Force on Metropolitan and Urban Problems, Robert Wood, noted that one member, the psychologist Karl Menninger “didn’t believe in cities. He kept coming in and saying we ought to all go back and live on the farm.”

Even big city newspapers gleefully bashed the very places where their offices were based.

“Too many people are crowded into big cities, where they breath polluted air, pay high prices for everything they buy, fray their nerves in a daily battle with traffic congestion, and generally get in each other’s way,” the Chicago Tribune editorialized in 1968, seemingly in an attempt to fit every hidebound anti-urban cliché imaginable into one sentence. “Too few people live in small towns and open countryside, where air is clean, prices are more reasonable, traffic is light and neighbors are friendly.”

Conn presents the commune impulse of the 1960s as a retreat from political engagement, and the city, by white radicals (almost 500,000 of them by one estimate): “The rise of both [environmental and commune movements] signaled a retreat from urban issues and they were both essentially different versions of white flight.” Very few African-Americans decided to join their white comrades in the countryside.

The sociologist Bennett Burger, who studied hippie communes intensively, found that the movement was largely animated by the same desires as the exodus to the suburbs of the 1950s: Escape the city, get back to nature, and muck about in the dirt a bit. Conn finds a lot of wonderfully drecky quotes from communards, praising their rural hideouts and blasting the filth and crowds of the cities they had the privilege to leave behind. Consider the thoughtless condescension dripping off of Patsy Sun’s “A Grand Master Plan.”

Dig your toes in the warm dirt. Pick a tick off your friend’s neck. Have a few stupid arguments. Write to the urban poor telling them you’d like to help families get out of the city if they want. Go out and plant a row of carrots. Make a mistake. Roll in the grass and begin again.

Conn seems to have read Steve Diamond’s memoir of life on a commune, What the Trees Said, so we don’t have to. The unfortunately titled book is, thankfully, long out of print but it shows the young radicals taking up the mantle of Frank Lloyd Wright vituperative haughtiness. Upon driving close to New York City, Diamond ruminates on the tragedy of having to interact with other people again: “You could feel yourself approaching the Big C (City, Civilization, Cancer) itself, deeper and deeper into the decaying heart.”

Communitarianism was a prominent intellectual movement of the 1980s and 1990s culminating, in mainstream awareness anyway, in Robert Putnam’s Bowling Alone. Leaving aside the merits, or lack thereof, of their theories, it is clear that a lazy idealization of the rural, at the expense of the urban inflects the tradition.

Conn highlights, in particular, Amatai Etzioni’s 1993 book The Spirit of Community. It is full of pseudo-sophisticated prattle about how nice things used to be, including some fulsome words for 18th-century New England villages as “much smaller, more tightly knit, and more moralistic than any here today.” He goes on to praise the sprawling suburbs of America as bursting with communal vigor; where they aren’t, lingering urban social malformations were probably to blame: “although not all suburbs, which attracted millions of city dwellers, make for viable communities, as a rule the movement to the suburbs has enhanced the Communitarian nexus.” Well, that makes all the environmental degradation and racial segregation worthwhile then.