Maybe Marco Rubio Will Help Miami if His Backyard Gets Flooded 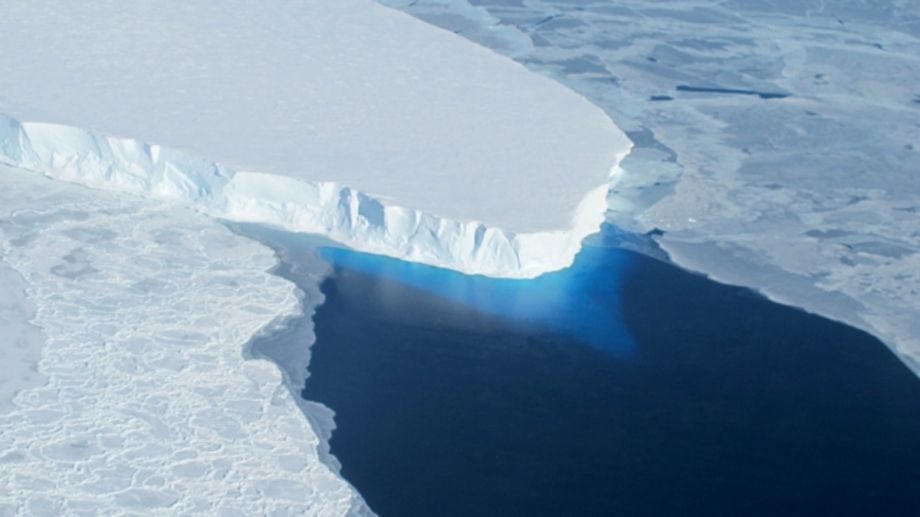 New studies indicate that part of the huge West Antarctic ice sheet is starting a slow collapse in an unstoppable way. (AP Photo/NASA)

Now, however, there’s a phrase with the word “sunny day” in it that is not so fun or carefree. It’s “sunny-day flooding,” and thanks to rising sea levels, it’s happening more and more often in Miami Beach.

The New York Times reported recently on the phenomenon, which sees seawater seeping onto the streets of some of South Florida’s most prosperous and rapidly developing neighborhoods. “This never used to happen,” Eliseo Toussaint, owner of a local laundromat, told the paper. “I’ve owned this place eight years, and now it’s all the time.”

This type of flooding occurs when there is a particularly high tide, and is worst from October to December. Last year was no exception. Many streets of not only Miami Beach, but also other South Florida cities, filled with water several times during those months. Local officials told the Fort Lauderdale Sun Sentinel that the problem is getting worse because of rising sea levels.

“For many community members, who live in low-lying areas, the flooding has significantly increased in the last several years, compared to what they were experiencing two decades ago,” said Jennifer Jurado, director of Broward County’s Natural Resources Planning and Management Division. The Atlantic Ocean, she noted, has risen about nine inches in the last century.

That trend is not going to reverse. Two new studies published last week warn that the huge glaciers of the West Antarctic Ice Sheet are melting. The researchers on one of the studies, scientists from NASA and the University of California, Irvine, put it this way: “A rapidly melting section of the West Antarctic Ice Sheet appears to be in an irreversible state of decline, with nothing to stop the glaciers in this area from melting into the sea.” You can see it disappearing before your eyes here.

The melting of this enormous area of ice, which is apparently being fueled by the warming ocean that surrounds it, will contribute at least four feet to sea level rise globally, and perhaps as much as 10 feet in the end. That’s in addition to the rise that’s coming from other melting, as of the ice in Greenland.

According to the studies, the Antarctic ice is liquefying much faster than scientists once predicted it would. The timeline for its disappearance is anywhere from as much as 900 years to as little as 200 years.

Only a few days before the news about the pending West Antarctic meltdown, a group of leading scientists released the National Climate Assessment, an 840-page document that warns of multiple effects of climate change, including increasingly frequent extreme weather and a sea-level rise of as much as four feet just by the end of this century. “What this report shows is that climate change is happening now in our own backyards,” Thomas Karl, the director of the climatic centre at the National Oceanic and Atmospheric Administration, told the Guardian. “There are a number of changes that have become faster and more apparent and stronger than we first anticipated.”

The report prompted the insurer Lloyd’s of London to tell insurers that climate change needs to be part of their modeling from now on.

Florida, and especially the state’s economic engine of South Florida, will be one of the most affected areas of the United States when the inevitable happens. Some interactive maps over at Climate Central let you see just how bad things could get for Miami and other coastal cities. The worst-case scenario is dire, with the inundation reducing the region to an archipelago.

You’d think that Florida politicians would be looking into the future and trying to figure out not just how to adapt to the ongoing effects of rising sea levels with things like better storm drains and evacuation plans, but also how to mitigate that change by reducing the amount of carbon we put into the atmosphere.

But the most high-profile politician in Florida, GOP presidential hopeful Senator Marco Rubio, just the other day proclaimed his skepticism about the role of human-produced CO2 in the changing environment. “I do not believe that human activity is causing these dramatic changes to our climate the way these scientists are portraying it,” Rubio announced on the Sunday talk-show circuit.

As for legislation aimed at reducing carbon emissions, Rubio said, “I do not believe that the laws that they propose we pass will do anything about it, except it will destroy our economy.”

Then he managed to drag abortion into the climate change debate, saying, “I hope the next time someone wags their finger about science, they’ll ask one of these leaders on the left: ‘Do you agree with the consensus of science that human life begins at conception?’”

Rubio has sometimes been presented as a voice of reason within the GOP and a hope for a more inclusive future for the party. But his focus on saying what might be politically advantageous for a 2016 presidential bid — on pleasing the anti-science, pro-fossil-fuel wing of the Republican Party — is causing him to close his eyes to the future. That future is starting right now, on a bright, sunny day in his own backyard.