Getting Rid of Anonymous Shell Companies Would Help Local Businesses 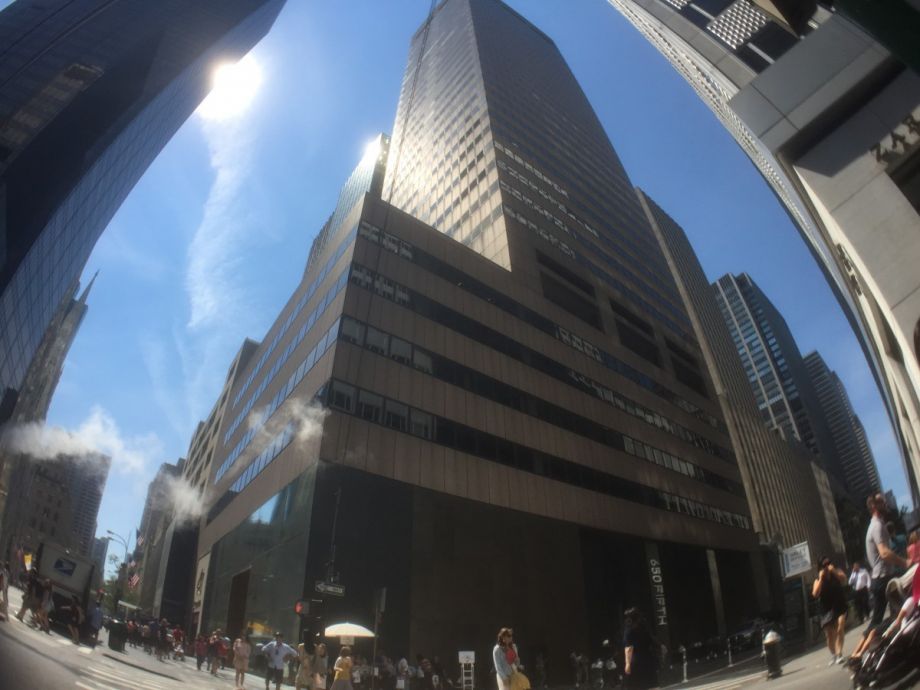 The 36-floor skyscraper at 650 Fifth Avenue, while not particularly a standout in the forest of concrete, steel and glass that is Midtown Manhattan, has nevertheless made headlines. The Department of Justice alleged that the Iranian government was a 40 percent owner of the building back in 2008. Federal prosecutors seized it in 2013. If the DOJ is correct, up until that point the commercial tenants there were unknowingly paying rent to the government of Iran, potentially violating international sanctions.

Then, this summer, a federal appeals court overruled the seizure, saying there was no proof that the building’s owners and the government of Iran were “one and the same.” Proving who the building’s owners really are is no easy task, however, because of how easy it is to weave a web of anonymous shell companies to hide who really owns what.

There is a congressional bill, introduced in February, that could untangle that web and improve transparency in real estate. But more than effectively putting an end to anonymous shell companies, if passed, the Incorporation Transparency and Law Enforcement Assistance Act could also help everyone from minority entrepreneurs to renters in big U.S. cities struggling to pay the rent.

Some in the big finance sector are even in favor of the bill: An association representing the world’s largest commercial banks collectively expressed support for it in August.

The bipartisan bill would provide both a legal framework and resources to support the creation of a nationwide database or state-level databases that would contain a continually updated list of “beneficial owners of registered companies” — the actual persons who have “significant control over” or receive substantial economic benefits from a business. The bill would give the banks the ability to do a background check on a company, similar to how institutions have access to multiple national databases when conducting background or credit checks on individuals.

If you’re surprised something like that doesn’t already exist, you’re starting to understand why the bill has widespread, bipartisan support.

“If you get a library card, or you want to rent a car, or many transactions, you have to produce an ID,” says Gary Kalman, executive director of the Financial Accountability and Corporate Transparency (FACT) Coalition. “You have to show who you are, and that you are the person you say you are. You don’t have to do that in any of the 50 states to set up a company.”

Instead, as Kalman explains, you can list almost anyone or anything as the owner of a company. Even your cat.

As detailed in Matthew Desmond’s Evicted: Poverty and Profit in the American City, there are landlords who depend heavily on using anonymous shell companies. Shielded owners can let a building become rundown, and then move onto the next, leaving tenants stuck in unsafe homes. Meanwhile, in anonymity, the landlord doesn’t set off red flags on his or her name with the city or bankers.

Anonymous shell companies also tilt the playing field against small and local businesses. One of the FACT Coalition’s most active members on this issue is the Main Street Alliance, a coalition of small and community-oriented businesses that currently has a presence in 15 states.

“We get at it through different ways,” says Michelle Sternthal, deputy director of policy and government affairs.

For example, a multinational company could send all the actual profits from one location or one state to an offshore bank account owned by an anonymous shell company that gets listed as a “consultant” to the multinational company. In reality, the anonymous shell company and the corporation are one and the same, but on paper, no reported corporate profits mean zero corporate taxes paid.

“For many of our small business owners, they don’t so much care about paying too much taxes, but they find it a matter of fairness,” says Sternthal.

Ultimately, the big banks came on board with the bill mostly because of the desire to avoid laundering money for terrorist organizations, sanctioned foreign governments or corrupt politicians. But the implications for housing and economic justice would be a welcome side effect.

“There is a certain democratic notion of how our communities have local control that this will also benefit,” says Kalman.