Ancient City Ruins Warn Us About Our Urban Future – Next City

Ancient City Ruins Warn Us About Our Urban Future 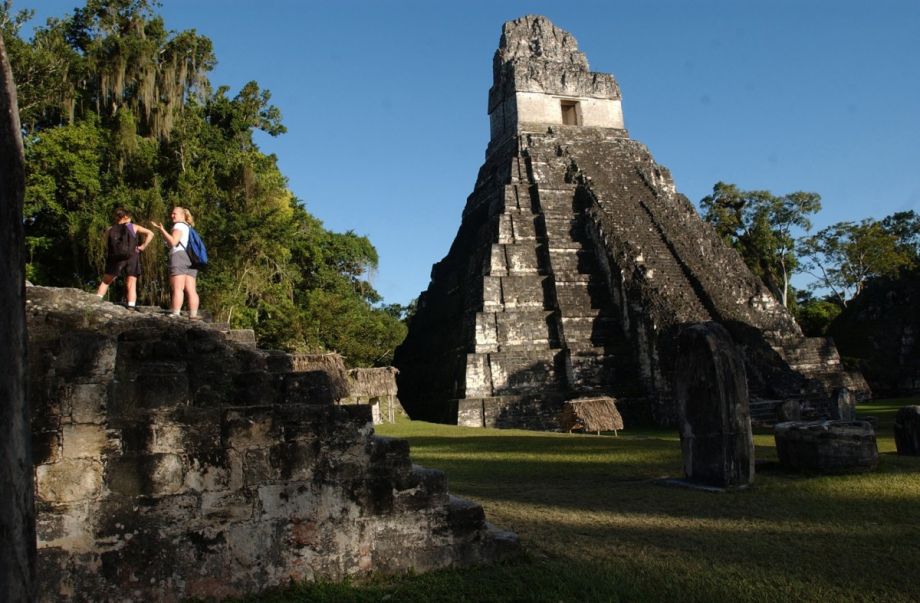 Mayan ruins of the city of Tikal (AP Photo/Rodrigo Abd)

The ruins of Tikal are surrounded by a national park — 57,600 hectares of rainforest and wetlands. In comparison, the center of the city is small, about 400 hectares of temples, terraces, roads and houses, surrounded by another thousand hectares or so of residential neighborhoods and reservoirs.

For years, the protected site in northern Guatemala has been relatively isolated (George Lucas filmed a scene there for the original Star Wars), and since the Maya left, at the end of the 9th century, almost no one has lived in the area. Now, amid the abandoned temples and tombs, researchers are finding important clues about how the Mayans lived and what the city’s demise might signal for our future urban resilience.

“There’s been no real settlement there, since the time of the collapse. The forests have grown back and it’s a reflection of what the Maya left,” says David Lentz, a professor at the University of Cincinnati who studies paleoethnobotany and paleoecology. “What was intriguing about Tikal was that people had been working there for over a century, and nobody had ever done a good environmental assessment. No one had looked at the plant remains.”

When Lentz and a group of colleagues looked, they were able to piece together a picture of how Tikal survived as an urban center. For hundreds of years, they found, the Maya managed their resources sustainably. But that wasn’t enough to keep the city from collapsing in the face of climatic change; the changes Tikal’s residents made to the land may even have made them more vulnerable.

“They expanded to the carrying capacity of their landscape, leaving no resilience where something bad came along,” Lentz said. “Nature is a fickle thing, and things change.”

Tikal attracted its first residents sometime in the 6th century B.C. At the heart of the city was a system of springs — an important source of water, in an area with no river or lakes and a dry season that could parch crops. Lentz and his colleagues outlined a zone around the city center from which the residents would have extracted resources, taking into account both distance from neighboring towns and Tikal’s economic dominance.

Over hundreds of years, as the city grew into one of the most important places in the region, the Maya who lived there harvested wood in the surrounding forest. They used some of the newly open land for agricultural and the wood for energy. Most of the food they ate — beans, root crops, and maize — would have needed to be cooked over a fire; houses at the archaeological site have 70 to 80 fired pots, which would have lasted only about a year — kilns eat up substantial amounts of wood, too. But when Lentz and his colleagues estimate how much wood would have been required to support the population in Tikal’s later days, from about 600 to 850 A.D., they found that it was “approximately equal to the amount of wood available on a sustainable basis.”

The Tikal residents made efficient use of their limited water resources, too. They channeled the water from the springs and built plazas that collected rainwater, channeling both into the reservoir. These technologies allowed the city to expand its agricultural productivity and support a growing a population.

The Maya were not bad conservationists, Lentz points out — not at all. They managed to build a relatively large city that lasted for more than a thousand years. “What cities do we have in North America that have been around for that long?” he says. “None. Not even close. They managed their resources very well.”

But by the 9th century, they were also using their resources as efficiently as possible, Lentz and his colleague found: “One of the conclusions that can be drawn from the evidence generated is that the Maya at Tikal were living quite near or perhaps beyond the sustainable carrying capacity of their highly engineered landscape,” they write. There was not a lot of room for error.

Around that time, a dry period swept through the region, which would have strained the most limited of Tikal’s resources: water. There’s evidence, too, that the sort of changes they had made, clearing forest for agricultural land, exacerbated the effects of the drought.

“When you make changes to your environment, sometimes things happens that you don’t expect,” Lentz says. “When the droughts came, because they had exploited the environment to the full extent of their technological capabilities, they just were not able to respond.” The last monument went up around 869 A.D. By the end of the century, the city was likely largely abandoned.

It’s difficult to see this as anything but a parable, warning modern-day cities against the dangers of complacency, of assuming that the technologies that might have allowed expansion and, for many years, supported a good life will also ensure that way of life can continue indefinitely.

It’s harder to outline the physical area on which a modern city depends: Food and energy resources come from across the country, across political borders or across oceans, even. But, like the resources on which Tikal’s residents depended, they are being used at close to capacity and are vulnerable to the effects of the changing climate.

“Once you get close to that tipping point, things can fall apart very rapidly, as they did at Tikal,” says Lentz. “Here was this big city. They had the best architecture, it was the center of the universe. And it was pretty rapidly abandoned.”

As much as we talk these days about threats to cities and about resilience, it’s hard to imagine cities that are thriving today totally abandoned and left to overgrown forests. But one lesson of Tikal is that, if technologies aren’t adapted — or can’t adapt — to changing climate conditions, a city that was stable for hundreds of years can disappear in just a few decades. And one big advantage that modern cities have isn’t that they’re more sustainable or even that they have access to better technology. It’s that we’ve more warning that the climate is changing and clearer knowledge of our own contribution.

“We have some understanding of what’s going to happen,” Lentz says, “whereas I think the Maya were probably caught unawares.”