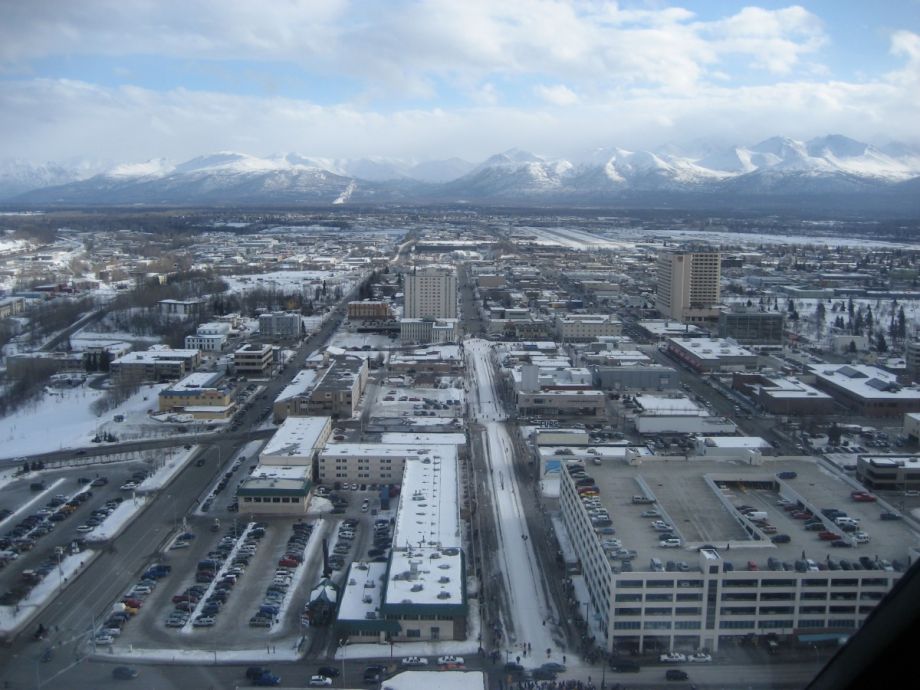 Anchorage’s current bus system leaves much to be desired. A total of 14 routes reach most parts of the city, but service is infrequent, waits are long and ridership has been steadily declining since 2008.

“For what it is today, it does a really good job at providing a little bit of service to the most geographic area possible,” says Bart Rudolph, planning manager at the city’s public transportation department. “A lot of areas of the city have access to the bus [but] it may not be very good service they have access to. To use our system you really, really have to want to use it or you kind of have to be forced to use it.”

Next year, that could all change. The city hired Portland-based public transit consultancy Jarrett Walker and Associates to re-envision Anchorage’s bus network, and has been walking the public through two possible redesigns for most of this year. By the end of January, the mayor will decide to pursue one of the overhauls or to leave the system as it is.

For a car-dependent city in an oil-dependent state, transportation officials anticipate that establishing a true transit system could have ripple effects. Better transit could catalyze the creation of more pedestrian-friendly intersections, and even, hopes Director of Public Transportation Abul Hassan, attract denser development and employers not dependent on fish or oil.

But Anchorage’s car-centric layout, cold climate and other factors make a redesign tricky. Michelle Poyourow of Jarrett Walker and Associates says the visioning process wasn’t just about soliciting residents’ hopes and dreams for a transit system. “It’s also a process of wrestling with trade-offs, describing not just what you want but what you’re willing to give up to get it,” she says.

It boils down to two basic sacrifices: maximizing geographic coverage versus maximizing ridership, and designing a complex system versus a connected one. With either redesign, some passengers would need to travel farther to reach a bus stop than they now do, and fewer people would have easy access to any transit at all. But in the denser parts of the city, buses would arrive every 15 or 30 minutes, instead of hourly, as they do now.

That’s because the current system values geographic coverage. Most people live close to a transit route, but buses arrive infrequently, especially on the more circuitous routes. The 13 bus, for example, snakes around the city, stopping at each major hospital and the University of Anchorage, tiptoeing through residential neighborhoods, before finally making it downtown. It takes nearly an hour to travel 13 miles, a frustrating ride documented comically in the recent Anchorage Press article, Requiem for the 13.

In their design concepts, Jarrett Walker and Associates demonstrated the coverage/ridership trade-off as a spectrum: the percentage of the city’s transit resources spent boosting frequency and attracting ridership in the densest parts of the city versus providing coverage to less dense areas.

From this, Anchorage is presenting the public with two options, one in which the city spends 80 percent of its resources on creating a dense, frequent core and just 20 percent on coverage; and one in which the city spends all of its resources on a concentrated, very frequent system in the densest neighborhoods and sacrifices service to the rest of the city. If the latter were implemented, people living and working in those areas downtown and in adjacent neighborhoods could go car-free, a lifestyle choice that’s not all that easy in Anchorage right now.

But people living outside the core — particularly in South Anchorage — would lose bus service altogether. Some people would lose service with either the 80 or 100 percent concepts; with the latter, an estimated 85,000 people would.

“These are very hard choices,” says Poyourow. “You’re saying we can’t serve everyone and there will have to be other solutions for people in areas where there are just not enough people.” That includes most of South Anchorage below Dimond Boulevard, which lacks the walkability and density necessary to run frequent buses.

Reducing coverage to boost ridership also means people would need to walk farther to reach a bus stop. Poyourow says in Anchorage, and in other cities where she’s done transit plans, people are generally more willing to walk than to wait, as long as the buses run more frequently.

Then there’s the complexity and connectedness of the system. Right now, Anchorage utilizes a hub-and-spoke system, in which passengers transfer at one of three transit centers. The city could choose to design a more complex network in which there are more bus lines carrying passengers directly between major destinations without needing to transfer, or a more connected network with fewer, higher-frequency lines that connect so that people can get anywhere in the network in just one or two transfers.

Each option — including keeping the system as is — promises to have ripple effects on the city’s design and future. Rudolph notes that even without an overhaul, the city has been cutting routes year after year due to budget constraints. “We were slowly, incrementally shrinking our transit system one budget year at a time,” he says. This is an opportunity to be thoughtful about the process.

Implementing a design that requires more transfers will also require Anchorage to reconsider its intersections. “They’re not very pedestrian-friendly places,” says Poyourow. “And yet, if they move toward a higher-frequency, more connected network, they’re going to have to revisit some of their major intersections, which are not set up for people to walk from one bus stop to another.”

Hassan says a new transit system could also offer value to employers, who might then be enticed to locate downtown or to contribute to funding the network through advertising or selling discounted passes to employees and customers. In the public outreach sessions, residents and employers said that the current system — which runs more frequently during traditional morning and evening rush hour — doesn’t serve service or retail workers, who work nontraditional shifts and rely disproportionately on transit.

“Because [these trade-offs] are not easy it’s essential for the public to understand them and weigh in,” says Poyourow. The city began holding community dialogues in April, talking to the city’s community councils, the refugee community, seniors, people with disabilities and more. There was an online survey, an interactive map, a design workshop and several rounds of open houses during which they held one-on-ones with residents to answer their questions. Now, in December, the city is doing another more formal comment period during which anyone can voice an opinion directly to the Public Transit Advisory Board.

Rudolph says the response has been mixed. During the one-on-ones, he says, residents were fairly evenly split between the 80 percent and 100 percent concepts, but it took a lot of walking them through the proposals. The city chose to renumber all of the routes for the design concepts, so many people looking at the maps thought their routes had been cut. During the December meetings, the majority of people have said if they had to pick one, they’d go for the 80 percent, and the rest are saying they like it as it is.

“They’ve figured out how to make the system work for them as it is today,” says Rudolph.

If Anchorage’s mayor decides to move ahead with one of the two options in 2017, the overhaul will take place in August, overnight, as with Houston’s bus system makeover in 2015. “We wouldn’t do it incrementally over time,” says Rudolph. “We’re looking at this as a backbone for the next 20 to 30 years, so we need to do this in one fell swoop.”

Neither the 80 nor 100 percent concepts would cost any more than the current system. “It’s the opportunity cost that we risk losing” if neither is implemented, says Hassan. He hopes that a redesign would spark larger conversations about the future of road design and development in Anchorage, “and you do that by taking a risk, unfortunately.”