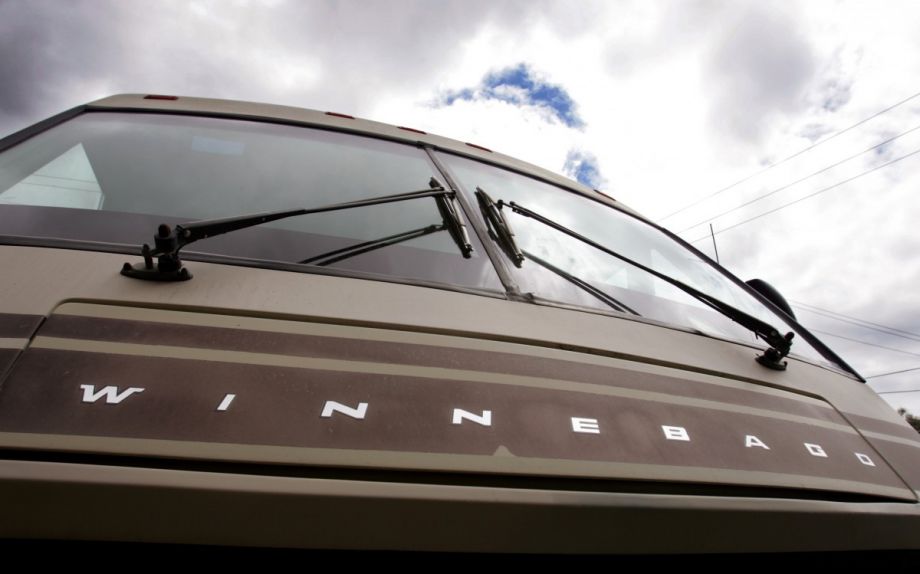 People are living everywhere in California, setting up camp amid a statewide housing shortage on sidewalks and in parking lots and even designated Superfund sites.​

Los Angeles has established a “safe parking” program for the more than 12,000 people living in their vehicles in L.A. county. The city is also helping homeowners pay to construct granny flats on their property to house formerly homeless people. Orange County is gearing up to spend $70 million on new homeless shelters.

Anaheim is one of the few cities in Orange County that has not had a ban on parking oversized vehicles on its streets, according to Michael Lyster, chief communications officer for the city. But that’s about to change.

Earlier this year, the city overhauled its residential permit-parking policy to create new parking districts and streamline the permit application process. It also passed ordinances outlawing parking oversized vehicles and cars-for-sale on city streets. This week, the city council is expected to vote on a set of penalties for violations of those ordinances. And the impending crackdown has caused concern among a community of people living in RVs on Anaheim streets, as the Voice of Orange County highlighted in a recent story.

“First and foremost this is about space,” says Lyster. “It’s about a precious commodity … All of it is the same goal, which is to preserve a scarce commodity in our city, which is parking on our streets.”

Lyster notes that much of the city’s housing was built in the middle of the 20th century when households were expected to have exactly one car. As it’s become more common for families to have two or three cars, street parking has become more difficult. Anaheim doesn’t have good access to public transit, he says. And the fact that surrounding cities were already prohibiting RV parking on public streets probably invited some additional oversized vehicles to Anaheim, he says.

The new regulations prohibit vehicles longer than 22 feet or wider or taller than 7 feet. That could include RVs but also commercial trucks, trucks with trailers, moving vans or other large vehicles. Such vehicles can take up as much space as two or three smaller cars. But Lyster says that RV-dwellers aren’t the specific target of the policy change. And, he says, the city has already begun reaching out in certain areas where RVs have congregated to offer homeless services prior to the enforcement measures taking effect.

“When we encounter vehicles on our street where people may be living, that’s where we’re going to use discretion and say, is this a parking issue or is this a larger issue?” Lyster says. “Enforcement is never the answer to chronic homelessness.”

Anaheim partners with a group called City Net, which coordinates social services and faith-based efforts, to help homeless people find shelters or permanent housing. The city’s efforts have helped more than 1,000 people transition out of street homelessness since 2014, according to Lyster.

“We’re hoping that the prospect of enforcement is the thing that gets that person to accept the offer of help,” he says.

Chelsea Bowers, the director of community engagement for City Net, says the group partners with local law enforcement to try to offer help and services to people living in homelessness. City Net works in more than a dozen cities and has partnered with Orange County to help coordinate outreach efforts in a community of homeless people living in a flood control channel near the Los Angeles Angels baseball stadium.

“Anaheim’s project to do outreach to those living in mobile homes was one of the first strategic outreaches that a city initiated that I’m aware of in Orange County,” Bowers says. “So Anaheim has really taken leadership on at least conducting outreach to people that often fall under the radar.”

Bowers and Lyster agree that the only real long-term solution to homelessness is building more affordable housing and more housing in general, not just in Orange County but around the state. The county has also been working with the Association of California Cities - Orange County to develop an Orange County Housing Trust. The association has called for 2,700 new, permanent supportive housing units to be built in cities around Orange County in the next three years, based on point-in-time counts of people living in homelessness.

In the meantime, Bowers says, the city will continue to lean on outside partners to provide services to people living in cars and other homeless individuals in advance of its own enforcement efforts. Enforcement alone just moves the problem around.

“Any time you address a social justice issue like homelessness and it’s done in partnership, you’re going to have a much better result at the end,” Bowers says.