An Open Letter on Street Lighting and Public Safety in Detroit 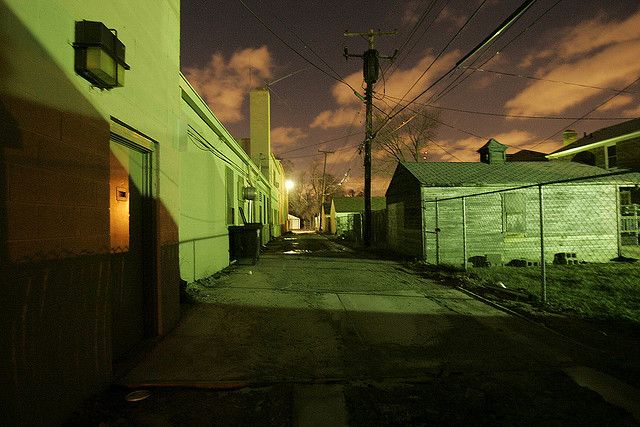 Last month, Detroit resident Emily Doerr penned a letter to her city councilmember about how she had become the victim of a mugging just outside her home in the neighborhood of Woodbridge. In it, she noted that no streetlights had been working along the three blocks adjacent to her house.

Her words ended up inciting much discussion in the region’s local media: After the letter appeared as an op-ed in the Detroit Free Press, a former communications strategist for the city responded in The Detroit News, arguing that Doerr had acted “clueless” and shouldn’t have been walking alone at night in the city. Then a columnist for Deadline Detroit responded to that editorial, accusing the writer of victim-blaming and putting the incident squarely on the shoulders of Detroit’s political leadership. Yet another column, again in The Detroit News, concluded that residents fearful of crime should move to the suburbs.

In his State of the City speech last month, Detroit Mayor Dave Bing referred to the city’s notoriously poor street lighting while touting the potential benefits of public-private partnerships for improving infrastructure. Meanwhile, Michigan Gov. Rick Snyder has announced he will appoint an emergency manager to oversee Detroit.

The conversation that Doerr’s letter sparked locally could easily apply to any city that suffers from high crime, tight budgets and poor infrastructure. With that in mind, Doerr — a member of Next City’s 2012 Vanguard class and a founder of Hostel Detroit, which made an appearance on Next City’s 2012 Disruption Index — sent us a copy of the letter, which we reproduced below. (The letter has been edited to account for timed passed.)

One Tuesday last month, around 8pm, I was mugged at gunpoint at the steps of my front porch, which is just a block or so from your house. I am physically okay — when I tousled with the man, he hit me in the back of the head with the butt of his gun — and fortunately at that hour, our local emergency room was fairly empty. I quickly put some staples into my skull and the cut healed in about a week.

Mentally, as you can imagine, things are different. In less than a minute, my psyche has flipped. It was that of an optimistic cheerleader, truly believing that by choosing to live in Detroit, I can help make the city a more vibrant place. Now I feel fearful and powerless to affect change on the macro or micro level. This will get better with time, but it is something that cannot ever be completely reversed.

But, in spite of my fear, I want to try to bring some positive response out of this situation. Thus, I thought it important to contact you to say that I was unable to give the police any information on the getaway vehicle (license plate number, type, etc.) as it sped away because there were no streetlights working for the entire three-block stretch that is closest to my house, and thus I could not see any details of the car that might have been useful.

I realize that our city is currently experiencing major financial issues. City bus services have been reduced, city employees are now forced to take unpaid furlough days, and a majority of city parks are not being maintained. But public safety must be a local government’s primary concern. I work in economic development and understand that my job is nullified without effective public safety. A major piece of that is sufficient coverage and proper maintenance of streetlights. The statistics are overwhelming: Quality lighting in urban areas helps deter crime. This needs to be at the top of City Council’s list of items to address and support with funding.