An Atlanta Church and a Theater Nonprofit Find Sanctuary Together 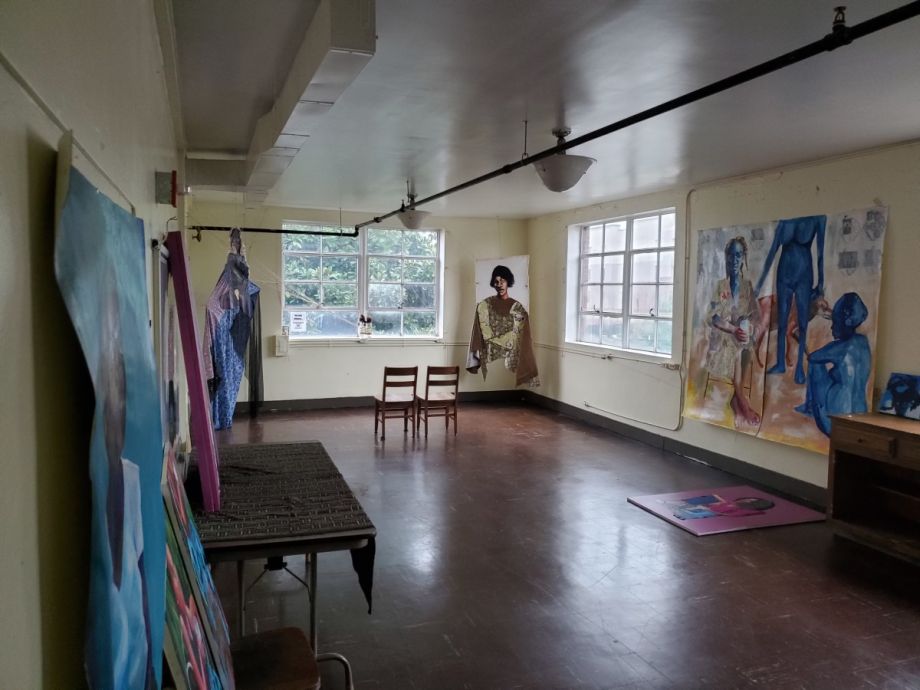 The church, founded in 1894 in the city of College Park, an Atlanta suburb, is losing congregation members. This follows a trend: The percentage of Americans who report belonging to a church, synagogue or mosque reached an all-time low in 2018, according to Gallup.

But as it loses members, the College Park church does not want to lose relevance in the community just southwest of Atlanta. At the start of 2019, the congregation did some soul-searching to figure out how to continue to provide a place for the community to gather outside of home and work, says Meredith Hodges, the chair of the council that runs the church’s operations.

“As our congregation has dwindled, we have had to kind of work on redefining what we want to be,” she says. Through outreach, the church found that the community wanted to connect through art. So the church set about finding a way to have an arts-centered space.

Meanwhile, 16 miles away in another metro Atlanta city, a theater nonprofit was confronting a crossroads of its own. PushPush, an incubator for artists in film, theater and multimedia, had operated from its space in Decatur since 2003. At that time, many of the artists it served lived nearby. A 2008 poll it conducted showed that 80 percent of its artists could walk or bike to the space, says Tim Habeger, co-founder and artistic director of PushPush.

By 2019, under 10 percent of artists lived close to the organization, which offers performances, classes, workshops and other opportunities. Habeger blames rising home prices in Decatur, a city that has become a poster child for gentrification in the Atlanta region.

“It’s unaffordable for the lion’s share of the artists that we work with,” he says. “That’s when we decided that we wanted to have a property that was more financially sustainable for the artists.”

PushPush and the church eventually found their way to each other through acquaintances. The nonprofit visited the church property, located right next to a MARTA rail station, and negotiations began. PushPush moved to College Park in October 2019. It partnered with the church through Good Places, an Atlanta organization that develops affordable property for social impact entities.

PushPush rents 10,000 square feet on the top two floors of the church’s education building. The space used to host Sunday school classes, but it sat empty before PushPush’s arrival.

“It’s kind of bringing forth new life to the whole space, which hopefully will continue to create more connections for people in the community,” says Hodges, who facilitated the church partnership with PushPush.

The arrangement goes beyond renting space. Though PushPush isn’t a religious arts organization and Habeger says a separation exists between church and state, there are natural crossover points. PushPush is running the White Jesus Project to bring artists together that will create more diverse depictions of Jesus than what College Park First has now. The artwork will eventually be displayed in the church building.

This fits into the church’s dedication toward diversity, Habeger says.

“What we’ve been really looking at is: How can we make the place more welcoming?” he says. “How can we make it, from the street all the way through to the inside, a place where you don’t feel like it’s only serving one population?”

As for the church, it promotes openings and events that PushPush has and is partnering with the nonprofit to continue its food truck events. Church members receive discounts on classes that PushPush offers to the community. The nonprofit also rents the parsonage, which was once housing for clergy, to have an artist-in-residence.

PushPush’s work will help change the church property itself. An ESPN grant will provide funding for the organization to develop community greenspace at the church, which PushPush is calling the “Infinite Games Art Park.” And to further give back to the public, PushPush runs SeedWorks, a lab that helps artists with their unfinished projects by providing resources and connecting them with fellow artists. The goal with SeedWorks, unlike the larger PushPush, is a proof of concept, not a fully complete project.

Moving to College Park First has allowed PushPush to be present in Southwest Atlanta, an area that Habeger says is underrepresented in funding and other resources.

“We still see that most of our talent comes from down here. Most of the really creative thinking comes from down here, but very little is represented in terms of the funding and in terms of public awareness,” he says. “We wanted to kind of address the inequity and to bring some of the resources that we feel we’ve been blessed with and make them more accessible to the city as a whole.”

College Park is a largely black community, with African Americans accounting for nearly 80 percent of residents. PushPush makes an effort to have its artist population reflect the demographics of Atlanta. Habeger says about half of artists working with the new space either live in, come from or have some connection to College Park.

Moving PushPush to College Park First provides some safety for PushPush’s work because of the church’s desire to support the arts and the nonprofit itself.

“The artists feel like, OK, there’s protection for the fact that they put in the sweat equity to develop the space and the reputation and the surrounding area of the town and getting the reputation of being a quality art spot for the city,” he says. “They don’t have to worry that three years from now, a developer’s just going to overprice them and move them out.”