Arts, Music and Food in Next City’s ‘Hood This Weekend – Next City

Arts, Music and Food in Next City’s ‘Hood This Weekend 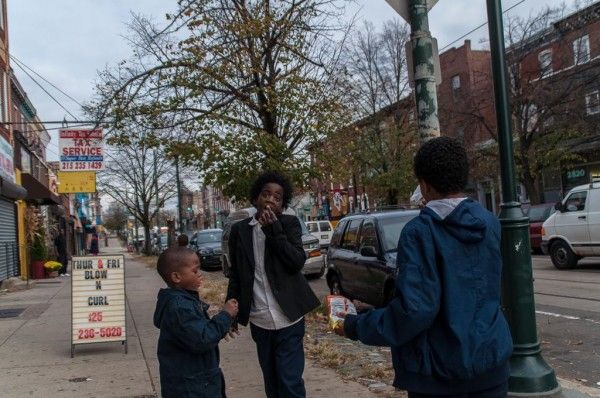 Fellow Philadelphians, take note: This Saturday, the Brewerytown Spring Festival will be going down in Next City’s home neighborhood. Between noon and 5pm, you can find live music, displays by local artists, food vendors and a bunch of kids’ activities on a two-block stretch of W. Girard Avenue (between the 2600 and 2800 blocks).

Local real estate developer MM Partners and Tim McAdams, owner of Best in Show Grooming Salon on Girard, hatched the idea for a festival five years ago. Originally called “Art Plus Soul,” the idea was to call attention to, and fill properties in, an area of North Philly pockmarked by vacant lots and empty buildings.

“We discovered that this has a lot of potential, but the name was too limiting,” said McAdams, who has been in Brewerytown since 2003. So he and MM Partners decided on a name change in order to better brand the neighborhood.

The festival doesn’t help McAdams’ business specifically but, as he noted, that’s not the point.

“We are trying to attract new, more interesting businesses,” McAdams said. “It’s about helping the neighborhood.”

One of the art exhibits, Shale Play, will be featured at Next City Storefront for Urban Innovation at 2711 W. Girard Ave. Created by artist Jennie Shanker, the exhibition explores the political and cultural associations with fracking and shale rock. To learn more about the concept, check out this interview with Shanker.

Tieshka Smith, a local photographer whose portraits of Brewerytown residents were featured in a past Storefront exhibition, will also be at the festival to build on her prior work.

Local bands will perform in the Murry’s supermarket parking lot on 26th and Girard. Food trucks will be open and serving food throughout the festival. Besides the trucks, brick-and-mortar restaurants like North Star Bar will have earlier hours to accommodate festival goers.

The coffeeshop Mugshots, where Next City employees spend an inordinate amount of money, will have a home brewing demonstration. At 29th and Girard, the City of Philadelphia Mural Arts Program will paint a mural on an abandoned building.

Today, the event is organized by the West Girard Business Association, the Greater Art Museum Business Alliance, the Philadelphia Mobile Food Association and the Fairmount Community Development Corporation (where McAdams is board president).

So far this year’s festival has booked around 20 food trucks, six musical acts, a wide variety of arts displays and vendors. Interested vendors can still join the festival by emailing brewerytownspringfestival@hotmail.com and paying a fee of $25 to help cover some of the costs.