An App to Crowd-Source Urban Chaos – Next City

An App to Crowd-Source Urban Chaos 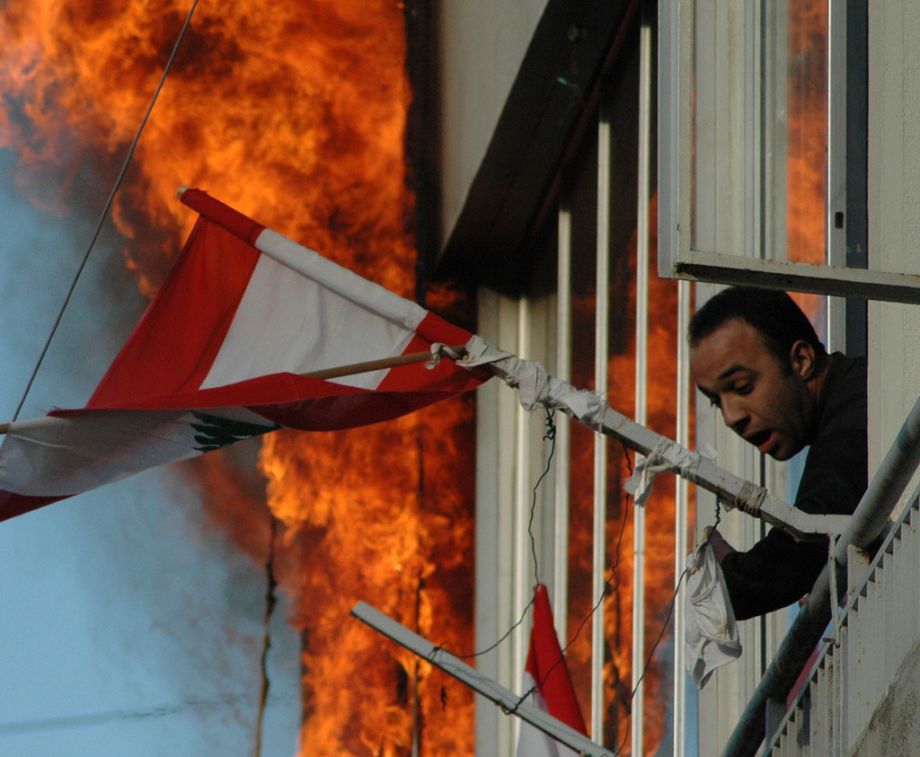 A man waits to be rescued from a burning building in Beirut. Photo credit: craigfinlay via Flickr

Beirut is one big security risk. Car bombings and assassinations are frequent occurrences. Kidnappings happen with regularity and protests flare without warning. The civil war in neighboring Syria has made the situation even more precarious. So, with the Lebanese government unable to deal with such chaos, residents are turning to their smart phones.

Maa2too3a, or ‘Happin’ in English, is a free app that uses news and crowd-sourced information to geo-tag disruptive events in the city as they occur, allowing users to mitigate risks or simply save time by avoiding them. Launched in May 2013, the app now has over 100,000 users, according to the developer, Mohammed Taha. “It’s a tool to keep people safe,” he says. And on calmer days, it can be used to simply avoid traffic jams or other routine problems.

Speaking from Silicon Valley, where he’s currently marketing the idea to investors, Taha says he plans to launch the app in other countries grappling with urban mayhem like Tunisia, Egypt and certain parts of South America. “We are also looking at expanding it to more happy kinds of events, like parties,” he says, “for times of peace.”

The benefit of a crowd-sourced application, as opposed to sources like police hotlines, radio or even Twitter, says Taha, is that crowd-sourced notifications alert people to what is happening near them in real time. “It is location aware, so it only sends you events relevant to your location. You choose what type of news interests you. Radio usually presents the political angle with the news, [but] the app only shares the incident.”

A community of users report events — say, a car bombing on a particular block — which are then flagged on a satellite map for anyone with the app to see. Those other users can add details or share news to fill out the picture of what’s happening. Taha says new additions are being developed to notify people of incidents in places they also visit frequently.

“The [security situation] fluctuates depending on time and area,” he says, “but I think the people of Lebanon are resilient enough to deal with it. It’s the phoenix [rising] story over and over again.”

Feedback, he says, surpassed expectations. “Maa2too3a saved my life,” wrote one user on the application’s Facebook page. Other users say the app has simply saved them precious time in the often chaotic and unpredictable Lebanese capital. “I didn’t think I would use it so much,” writes a user named Ali. “I check it before I leave the house and decide which [route] to take and how long I need.”

With civil services in Lebanon underfunded and poorly managed, other safety-oriented applications are also on the rise. In August, the Lebanese Army launched its own security app to allow users to report potential bomb threats, kidnappings or crimes by sending out a video, picture or text message. Another app, called iAmAlive, allows users to tweet their responses to bomb blasts to let followers know they’re okay. The app provides a single button to instantly tweet “I am still alive! #Lebanon #Latestbombing” to followers on Twitter. A “VIP” version of the app allows politicians to tweet pre-written statements of condemnation.

“The responses provided for you have been designed by our team of highly specialized political analysts who have scourged [sic] over the stream of condemnations that have already been issued and synthesized the most effective and up to date reaction statements just for you,” reads the marketing pitch on the application website.