Amid Demand for Housing, Deadly Collapses Common in Egyptian Cities – Next City

Amid Demand for Housing, Deadly Collapses Common in Egyptian Cities 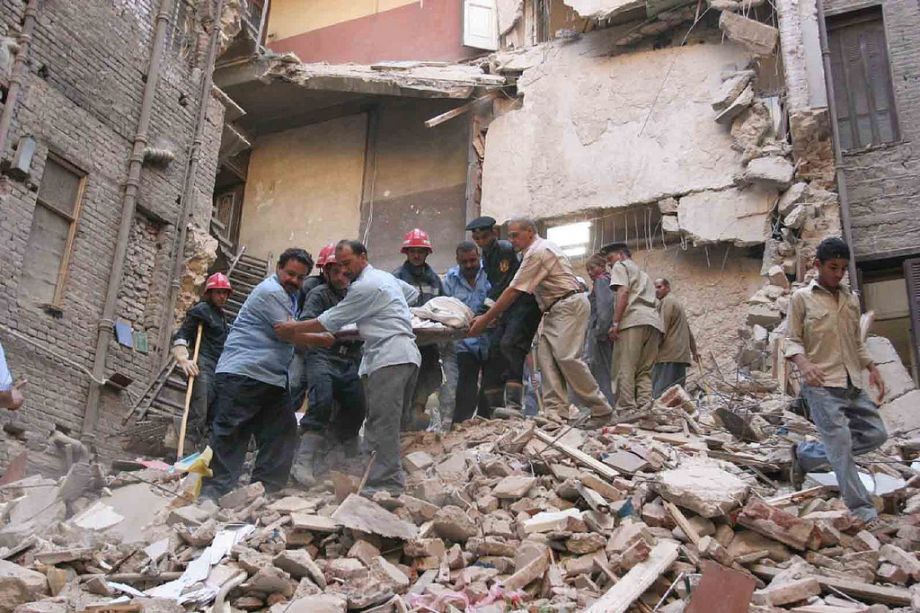 Men carry out a dead body after a building collapsed in Cairo. Credit: Nasser Nouri on Flickr

News reports indicate that between 25 and 28 people were killed in Alexandria collapse, which occurred early in the day when most residents were still home. The 24-unit building was reportedly built just five years ago.

These incidents are two of many that hit Egypt over the past year. In what has emerged as a deadly trend, building collapses have become common in the poor, dense neighborhoods of Cairo, Alexandria and other Egyptian cities. Here’s a quick roundup:

Many of these buildings were illegally built without permits. Because of the lax enforcement of building code violations, many older buildings are poorly maintained while newer ones are built using unsafe materials. Egyptian Housing Minister Tareq Wafeeq told the press that in the last three years, 318,000 buildings have been constructed illegally in 23 of Egypt’s 27 provinces.

Egypt has long struggled with providing affordable housing to a growing young population. The demand for affordable housing has fueled illegal construction, with illegal or poorly maintained buildings getting built in informal settlements, poor urban neighborhoods and rural areas.

After the overthrow of former President Hosni Mubarak, many owners of farmland near different cities illegally sold their land to developers that quickly built large blocks of poorly made residential apartment buildings.

Developers are not only building illegal residences. Some building owners are illegally adding floors to existing structures, and in many instances a collapse occurs during construction of the extra floors in an already-occupied building.

According to the Egypt Independent, many listed owners of collapsed buildings are what Egyptians call kahools, or fall-guys who agree to assume legal ownership and responsibility for the properties in exchange for money.

Typically a developer will offer a (usually poor) person money in exchange for their signature on official ownership documents. When the buildings collapse, the kahool gets arrested instead of the true owners.

With the wrong people being arrested and political unrest still prevalent in Egypt, construction of illegal buildings will continue in Egypt. Meanwhile, more and more homes could collapse at any moment.

For more on informal cities, neighborhoods and settlements in the developing world, check out Next City’s Informal City Dialogues project.