Amid a Job Boom and Worker Gap, Lehigh Valley Looks to Reentry Program – Next City

Amid a Job Boom and Worker Gap, Lehigh Valley Looks to Reentry Program 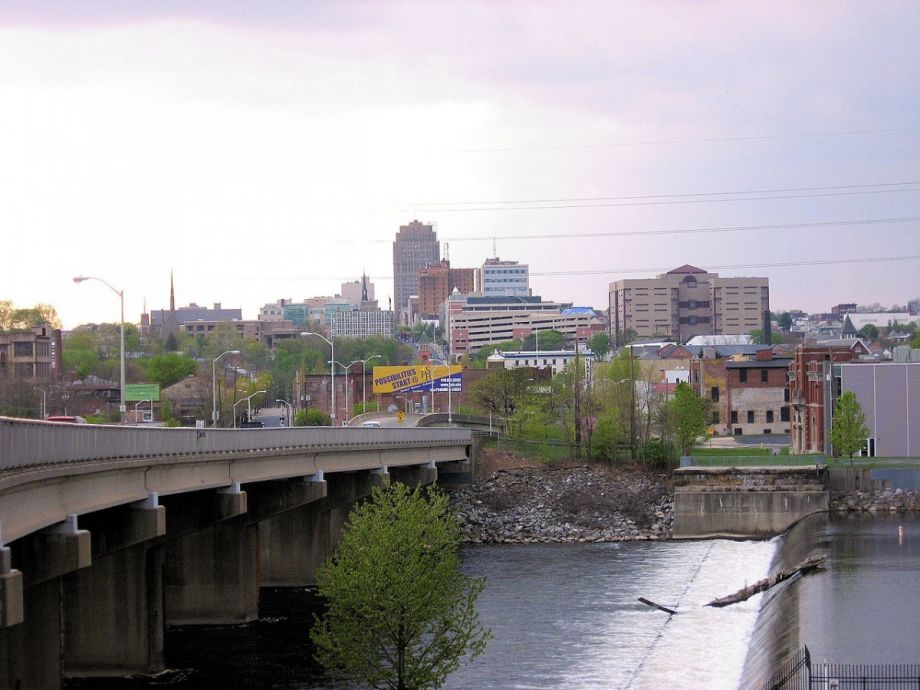 Pennsylvania’s Lehigh Valley is the state’s fastest growing region. Comprised of three small cities, Allentown, Bethlehem and Easton, the region’s population is more than 800,000 and sits just over an hour west of New York City. Its central location, plentiful land and available workforce have made it a prime location for e-commerce and other industries to set up fulfillment centers in the past decade. Amazon just opened its second warehouse, and is now one of the region’s largest employers with more than 2,000 employees. Walmart has two fulfillment centers as well, alongside e-commerce companies like Stitch-Fix and Zulily. All told, the area’s transportation and warehousing sector has grown by 10,000 jobs in the past five years — as of August, it employed 27,300 people. Most of the jobs are for relatively unskilled workers, and don’t require a degree beyond a high school diploma.

In fact, the area may have done too good a job at attracting business. This summer, European fashion brand ASOS was shopping around for a new home for its fulfillment center. Because of the recent boom the area, they considered the Lehigh Valley, but ultimately went with Atlanta. According to reporting from the Allentown Morning Call, that was because ASOS wasn’t confident it could find enough workers in the Lehigh Valley.

Indeed, demand for workers in the area is outpacing supply. In 2015, more than 28,000 people from neighboring counties applied for jobs in transportation and logistics industry in the Lehigh Valley. Amazon and Walmart have both hosted career fairs in recent months to target and recruit workers. In order to retain them, wages have to go up: Amazon advertises an increased starting wage of $13.05-$14.05 on billboards around the region; Walmart offers raises of 50-cent increments every six months, meaning that a warehouse worker could make over $18 an hour if they stayed more than three years.

The scouts at ASOS weren’t the only ones who noticed an increasing demand for workers. The Pennsylvania Department of Corrections recently overhauled its vocational training program. The first step in figuring out how to ensure that people coming home from prison are ready for the job market was figuring out what the job market needed. They selected the Lehigh Valley’s transportation and logistics sector for a pilot study that would match training programs in prisons with the needs of the state’s job market (they also looked at Pittsburgh’s construction industry and manufacturing in Southwest Pennsylvania, all because of their high hiring potential).

Equipped with a million-dollar grant from the U.S. Department of Education, the Pennsylvania DOC surveyed employers in the Lehigh Valley to find out what types of skills would be ideal for entry-level candidates to possess. Dorenda Hamarlund runs the Career Pathways program for the Pennsylvania DOC. She says she was surprised to find out that employers weren’t that concerned about workers coming to them with hard skills.

“It doesn’t matter what sort of certification we offer — they will train them,” says Hamarlund. “They’re actually really looking for soft skills. People who come on time, are going to stay on the job, and do the job they got hired for.”

With that in mind, the new training program, called Pathways to Success, makes it a point to match workers with trades and industries they are interested in. It focuses on people ages 18-30 with three to seven years remaining in their sentences, though doesn’t exclude others from participating. Hamarlund says that everyone who participates in the program takes a test to determine their interests, and then matches those with the opportunities available in the area where they’ll be released to make sure the vocational certification program they focus on is realistic. From there, they learn the trade, and hopefully get a job in their field while still incarcerated, so they can gain experience and put it on their resume.

Hamarlund says that, because Pathways Success is specifically aiming to align the skills of the workers with the needs of the market, “some of these workers coming home from prison may be more equipped than someone walking in off the street.”

Studies have also found that, along with housing, employment is the biggest barrier to reentry. In Pennsylvania, about 40 percent of people released from prison end up back there in three years. Municipalities have worked to institute “Ban The Box” policies to prohibit questions about criminal backgrounds on job applications. The DOC hasn’t arranged any formal partnerships with regional employers yet, but some companies, like Zippercord in Allentown, are already beginning to hire formerly incarcerated workers — especially in the face of a shortage. The full program rolls out in all Pennsylvania state correctional institutions this January. Hamarlund says that as it does, they will make a more concerted effort to reach out to area employers about the benefits of hiring formerly incarcerated workers.

“This is just how the Department of Corrections is going to operate,” she says.