Amazon Will Make Room for Homeless in Seattle Headquarters – Next City

Amazon Will Make Room for Homeless in Seattle Headquarters 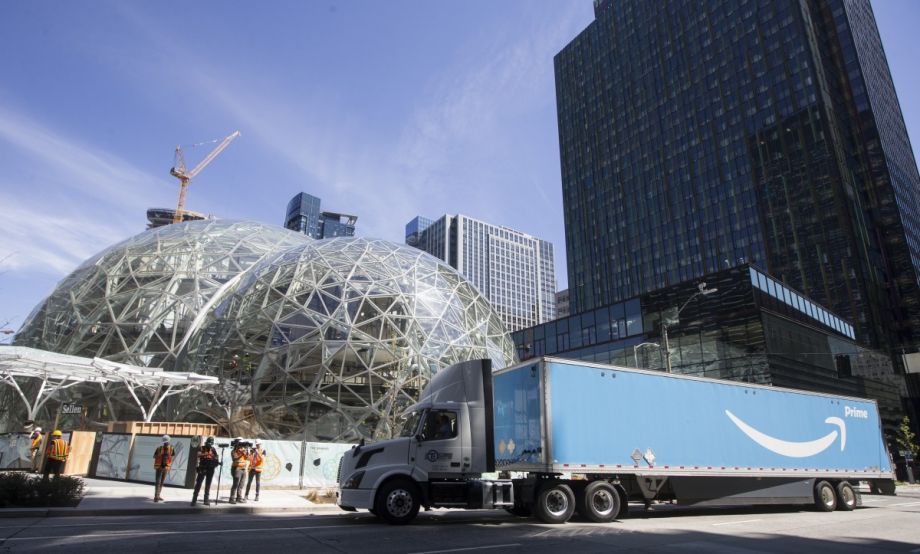 Like the polished sales pro that it is, online retailer Amazon has been teasing development plans for its downtown Seattle campus for years and getting lots of media attention every step of the way. Designs have been described as “wild” and “odd-looking,” but the Wednesday announcement that the company will set aside nearly 50,000 square feet of space for a homeless shelter at its headquarters is hitting a different note.

Mary’s Place will manage 65 rooms that are expected to house 200 homeless women, children and families, when its designated tower opens to Amazon employees in 2020. The nonprofit currently has a shelter in a former hotel that Amazon owns; that will be torn down to make room for a new office building.

“We’ve loved being Amazon’s neighbor, and now the opportunity to move into their headquarters permanently is truly a dream come true. This unique, first-of-its-kind shelter will remind families that they matter and that their community wants to help them succeed,” said Marty Hartman, executive director of Mary’s Place in a press release.

Next City’s Jen Kinney reported on Seattle’s homelessness crisis and possible solutions in 2016, writing, “Seattle has embraced Housing First, and boasts several innovative and successful models. But given the scope of the need and the time it would take to build enough permanent housing, residents and advocates are saying there is still a need for provisional shelter, for options that fall somewhere between emergency shelter and permanent housing.” By one count in 2016, the number of homeless people in the Seattle area increased by 19 percent over the previous year.

According to the Seattle Times, the new shelter will be Amazon’s biggest local give:

It’s a big step up for a company that until a few years ago was considered aloof vis-à-vis local civic matters. It also comes in the wake of other high-profile engagements, from a big donation to the University of Washington computer-science center to giving space on its campus to FareStart, another prominent local nonprofit.

As Business Insider notes, the move brings good press to a company “that anti-gentrification activists have criticized … for driving up real estate costs and making downtown less diverse.”