All That Parking is Making Our Housing Costlier – Next City

All That Parking is Making Our Housing Costlier 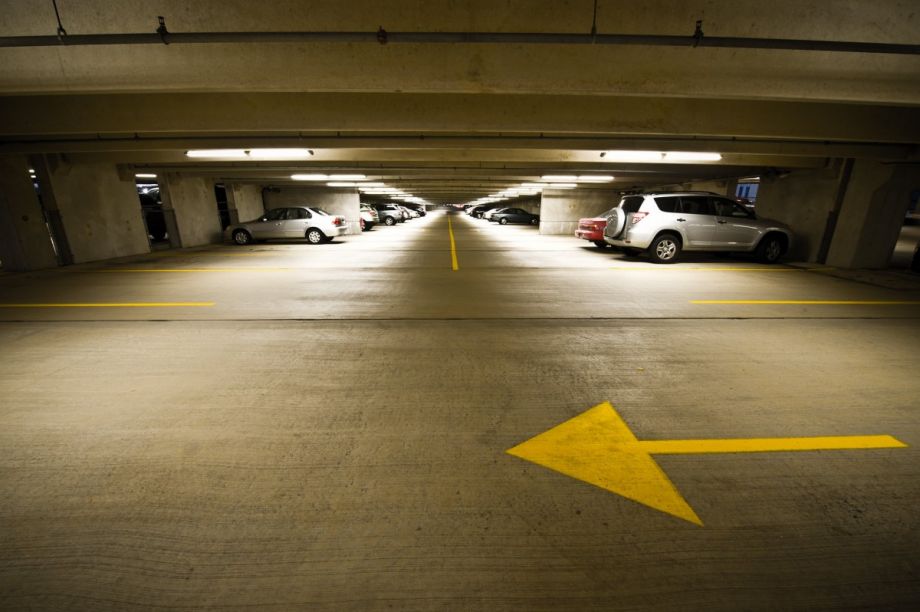 Welcome to “The Mobile City,” our weekly roundup of newsworthy transportation developments worldwide.

What a year this has been! In general, it’s been one we would rather forget than celebrate for any number of reasons. The biggest reason we all want this year to end already, of course, is the novel coronavirus. COVID-19 has upended every aspect of our lives and sent our economy down the tubes, taking transit ridership along with it. At the same time, COVID-19 also wiped out much car traffic. This, in turn, led to a sharp drop in car-related injuries and deaths, except where drivers began to treat mostly empty streets like speedways. And it also led cities across the country to repurpose space that had been used to store or move cars. Parking spaces became restaurants, residential streets became playgrounds, and urban advocates came up with many other possible uses, including socially distanced classrooms.

We’re sure 2021 will be better — it has to be, doesn’t it? — but the improvement probably won’t come about until enough of us have been vaccinated against the virus. In the meantime, the green-eyeshade types who pore over real estate finance have finally come to the conclusion that the urbanists were really right about all that parking we now find we don’t need.

And while transit ridership remains severely depressed, most observers see it recovering after we reach that new normal, as those working from home will actually want to go back to the office at least some of the time. So cities continue to plan new transit networks to serve those future commuters. One of the most ambitious is Austin’s, and the transit agency in the Texas capital will have to address equity as well as accessibility as it builds the new light rail and bus rapid transit routes called for in the 10-year construction plan.

Some of those returning to the office, however, may not be returning to the trains and buses. Instead, they will get back behind the wheel, causing our carbon footprint to rise once again. Electric cars have been promoted as the main way to flatten that curve, and several subsidy programs have helped them gain traction with the driving public. But one writer says that the money we spend on those incentives would be better spent on a solution that would really drive the curve down: Buy everyone in the country an electric-powered moped.

That subhead will no doubt strike some of the readers of this column as old news. But, says real estate finance columnist Lew Sichelman, it is news for the people who bankroll commercial and residential real estate projects.

Sichelman writes a weekly news roundup similar to this one for the Massachusetts real estate finance industry publication Banker & Tradesman. In his most recent roundup, he has advice for his readers from Brian O’Looney, author of the new book “Increments of Neighborhood”: All that parking we require for commercial and retail parking makes our housing more expensive.

Published in February, “Increments of Neighborhood” seeks to do for city planners and developers what “A Pattern Language” did for architects: serve as a catalog of best design practices. But where “A Pattern Language” concerned itself with buildings, “Increments of Neighborhood” addresses the neighborhoods comprised of those buildings. And, O’Looney says, overbuilding parking contributes as much as, or maybe more than, regulation does to the higher cost of housing.

Sichelman quotes O’Looney as saying that parking requirements “turn cities into storage areas” for vehicles and keep housing costs “prohibitively high” for buyers and renters. They do so not only by adding to the cost of the projects themselves but also by raising opportunity costs because the parking crowds out other possible uses for the land the parking occupies.

O’Looney says that 50 to 55 percent of the retail parking spaces we build sit empty for most of the year. And since two-thirds of suburban land is given over to parking, that represents a major driver of higher housing costs. Saying that parking requirements are “often more of a pseudoscience, with little to no statistical basis and more a political calculation,” O’Looney says that lowering the required minimums could raise the value of commercial land by as much as 30 percent while reducing development costs by 25 percent in the suburbs and 30 percent in the cities.

One paradox of building high-capacity rapid transit is that it too often makes land close to it more desirable and thus more expensive. And that in turn drives up house prices, and that may force current residents who would benefit greatly from the new transit service to move further away from it.

The recently approved 10-year transit expansion plan for Austin, Texas, aims to fight that side effect by budgeting in displacement prevention from the start. The British urban-issues journal City Monitor reports that the $7 billion “Project Connect” expansion plan will devote $330 million to preventing displacement along the new transit routes. Some of that money will to to rent subsidies and homeowner assistance.

This commitment hasn’t completely convinced skeptics like Susana Alamanza, director of a community activist group in largely working-class Black and Latinx East Austin, that things will be different this time around. She recalls an effort in 2010 to revitalize a disinvested Latinx neighborhood that lay between downtown Austin and the city’s airport that featured a light rail line running down its main street. That line never got built, but the effort nonetheless led to the loss of more than 1,000 affordable housing units over the years that followed.

Also of concern: the possibility that the assistance and the revenue that will pay for it will cancel each other out. The transit plan will be paid for by a combination of federal grants and a four percent hike in property taxes. Alamanza says that the tax hike could still lead residents of her largely low-income Black and Latinx neighborhood to have to move when a light-rail station serving it opens as part of Project Connect.

What may be the plan’s saving grace, however, is its requirement that the affected communities have some say in how the anti-displacement funds will be spent. The Austin City Council wrote these requirements into its “contract with the voters” for Project Connect. “We have neighborhoods that are right now the last strongholds of homeowners of color. Their needs are very different from another area that has a lot of older multifamily homes [where] there are a lot of renters,” Awais Azhar, leader of Planning Our Communities, an advocacy organization involved in developing equity measures for Project Connect, told City Monitor. “So we need to understand the geographic difference and the strategies being employed.”

Free E-Mopeds for Everyone: A Quick, Cheap Way to Slash Our Carbon Footprint?

Electric cars, the conventional wisdom says, are the key to a low-carbon future. But, as Alex Pareene writes in The New Republic, they may be a much smaller key than the conventional wisdom says they will be. When one factors in the amount of carbon spewed in the air over the entire product lifecycle, from manufacture to retirement, and when one factors in indirect carbon production through electric generation, electric cars are not that much cleaner than their fossil-fuel counterparts.

What’s more, Pareene writes, electric cars have been largely playthings for the affluent up to now. And those affluent buyers have bought more electric cars than they otherwise might have thanks to purchase subsidies through generous rebates. Those rebates may have spurred the rapid evolution of electric-car technology, but they remain sizable: even now, in California, electric-car buyers can get $7,000 back for buying an electric car.

That happens to be exactly what moped maker Vespa charges for its newest, top-of-the-line all-electric model.

This opens a window of opportunity to radically shrink our carbon footprint by changing the way we get around — and adding to its fun quotient. “Similarly appointed scooters that can carry most Americans to work on a single charge are—or will soon be—available for many thousands of dollars less than Vespa’s $7,000 model,” Pareene writes. “If California can subsidize thousands of dollars worth of the cost of a luxury car, a ‘nice scooter’ that is more environmentally friendly ought to be doable for the federal government.”

Pareene estimates that the cost to the feds of giving every American of working age $3,500 for the purchase of a mid-range electric-powered motor scooter would be about $700 billion. That’s only a little more than the Feds spent subsidizing mortgages for homebuyers in the 10 years prior to 2017, when, he writes, changes made the mortgage interest deduction more regressive.

Pareene points out in the essay that real carbon reductions won’t come from doing what we’ve always done, only on battery power. It will take a radical shift in our approaches to mobility to achieve the reductions needed to fend off greater climate change. Offering Americans a “nudge” of this type would be the best way to achieve that radical shift: “Instead of warning people they will have to sacrifice vehicle travel, we can … give everyone a super fun scooter that happens to be among the greenest methods of individual transport currently available.”