Albuquerque’s Quest to Buy Local Everything – Next City

Albuquerque’s Quest to Buy Local Everything 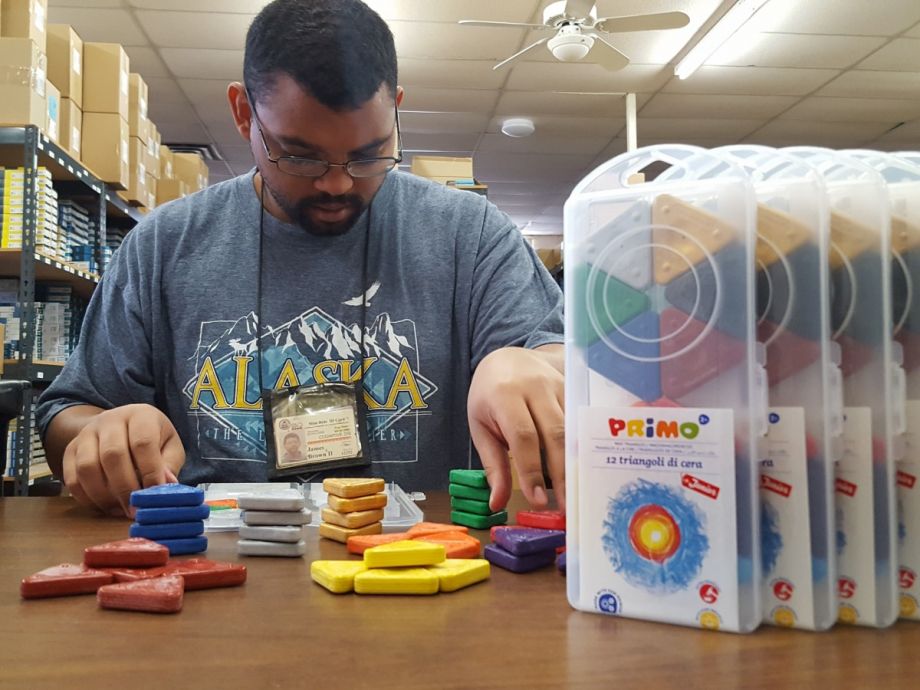 It started with a letter. Haley Kadish, originally from Santa Fe and now living in Albuquerque, wrote to the Tim Keller Campaign for Mayor, saying that Albuquerque, for a city of its size, could be using data more effectively, especially when it came to its hiring practices and its procurement of goods and services.

In her job with a consulting company at the time, she’d spent the last five years traveling around the country, working with local governments on staffing challenges and process improvements. But she also wanted the place where she lived and was raising a five-year-old to work better, and smarter, for future generations.

“I think I got back a ‘thanks for your idea’ letter, it seemed like just an acknowledgement that they received my input,” says Kadish.

But to her surprise, shortly after Keller took office in December 2017, she got a call and a job offer from his chief of staff to come work at the city’s Department of Finance.

And now, anytime anyone in the Albuquerque municipal government tries to purchase something from a non-local vendor, it gets flagged for Kadish to approve. Before the coronavirus pandemic, Kadish says she had to approve around five transactions a day; during the pandemic the workload has been much higher, around 40 a day, but that’s because Kadish also took on the additional the role of checking to make sure any spending of federal aid money from the CARES Act complies with the legislation.

“As you can imagine I’m a very popular person in the city,” says Kadish.

The City of Albuquerque spends around $400 million a year on purchasing goods and services — excluding any CARES Act spending. About 65 percent of that already goes to local businesses in Albuquerque, including Diverse Office Supply, a partnership of two woman-owned Albuquerque businesses — one a manufacturer of office supplies, where 60 percent of its employees are adults with special needs, and the other a distributor. The partnership took on a $5 million-a-year contract with the city in 2019 that was previously held by a Florida-based supplier.

“I would say I don’t see us surviving COVID without the City of Albuquerque business,” says Diverse Office Supply CEO Kerry Brennan Bertram. “I’m not exaggerating, I really don’t see how we could have managed.”

Albuquerque’s city code already had local and small business preferences in city purchasing for contracts that require a public bidding process. It defines “local” as having a headquarters and principal office in Albuquerque or the surrounding Bernalillo County, and “small” as having fewer than 50 employees. Businesses verify these details through their federal tax returns, but Kadish says when she first started looking into it, only around half of the city’s 500 or so active vendors had up-to-date verification.

So in one of her first major projects at the city, Kadish oversaw a big push to update all that information, which included hiring some temporary staff to make phone calls and track everyone down. They focused on vendors with whom the city spent $10,000 or more. Then it was a matter of tagging those vendors inside the city’s centralized digital system for making purchases — what finance departments in cities and businesses call enterprise resource planning software.

Finding that around 65 percent of Albuquerque’s $400 million in annual procurement was already going to local businesses was also a pleasant surprise. While Keller was state auditor, he had found a majority of the city’s procurement was going to out-of-state businesses. The quick shift was, fueled by larger contracts, like the $5 million office supply contract — the largest by far of six contracts that the city moved from out-of-state vendors to local vendors in 2019.

“It was really very simple to get this contract, because our mayor decided he didn’t want to buy from an out-of-state corporation, he wanted to buy local,” says Brennan Bertram.

Local procurement had been a major campaign point for the new mayor. In his previous job as New Mexico State Auditor, Keller had garnered a reputation for using data and transparency to shine a spotlight on poorly designed corporate subsidies that were draining state and local coffers for relatively little in return — even impressing the hard-nosed Good Jobs First, a nonprofit that tracks corporate welfare and promotes accountability in economic development.

Once the data started coming in, it was clear that there was more progress to be made on smaller procurement transactions. As in many cities, only larger contracts typically require a public bidding process, and it’s easier for local businesses to stand out in those kinds of competitive bids.

“But smaller purchases, under $100,000 in city code, departments have a lot of autonomy, getting quotes, setting up contracts, and that’s been the space we’ve been targeting,” says Kadish. “Some agencies didn’t even realize they had been purchasing from out-of-state vendors, and they thought it was strange of themselves when we let them know.”

In a city like Albuquerque, targeting smaller purchases for local small business vendors has the additional knock-on effect of tilting the playing field ever-so-slightly in favor of businesses owned by women and people of color.

“It’s kind of two birds with one stone in Albuquerque, since a lot of our small businesses are minority-owned, so just by buying local you can support them, which is cool,” says Kadish.

Diverse Office Supply may have been an exception to that rule, but even it had been shut out from some opportunities until landing the city contract.

“I always tell people it’s a simple business. Boxes go in, boxes go out, but it’s a thousand things we do to make sure the boxes move from the right place to the right place,” says Debbie McLarty, CFO of Diverse Office Supply.

“Everybody else says, ‘Oh, it’s a risk then if we go with them, we want to buy local but we’re afraid of disrupting our supply chain,’ but because we have shown we can manage something the size of the city, it spreads,” says McLarty. “We get the city and then New Mexico Film calls us and says we hear you’re the local people we can buy from.”

Meanwhile back at the city, Kadish is working on using the power of friendly competition to further boost local spend agency by agency. To make things fair, she’s been carefully identifying spending items that aren’t available locally, so they don’t count against agencies in the ongoing tally.

“We are very decentralized but have centralized functions,” Kadish says. “A lot of the departments operate like their own little businesses. I think the way to be successful in scaling this up and shifting this out is decentralize and training and equipping departments to do this. One thing we’ve talked about is creating a field to show which departments have used this vendor, to get some references or have them talk to each other about vendors. ”

Kadish says most of the times when a transaction got flagged for her, pre-COVID, it ended up being because the selected vendor hadn’t recently updated its verification with the city for being a local or small business, so it wasn’t yet tagged as local inside the city’s enterprise resource planning interface.

“I think we’re down to about less than five percent of our spend that we don’t know is local or not local,” says Kadish.

If there’s a local vendor for something that someone didn’t know, she makes the connection — and in case anyone resists, there’s the city code or the mayor to back her up.

In cases where there really is no option but a non-local vendor, Kadish is keeping tabs on those as well. There are some niche items like firefighting equipment or specialized products for the city zoo, for which there just isn’t a big enough local market to sustain a business or a product line at a local manufacturer in every city. The city library also needs to purchase access to publications and databases, and generally those won’t ever show up as local vendors.

But just because something isn’t currently made locally yet doesn’t mean it never will be. Kadish can also see ahead to when contracts are ending, giving her the chance to flag potential opportunities for local vendors — it’s a key mechanism for Albuquerque’s import replacement strategy, something cities across the country are looking more into.

“When we identify the stuff we cannot buy locally, it’s important we be transparent about that in case a vendor might come to us and say we can or might decide to expand into that area,” says Kadish.