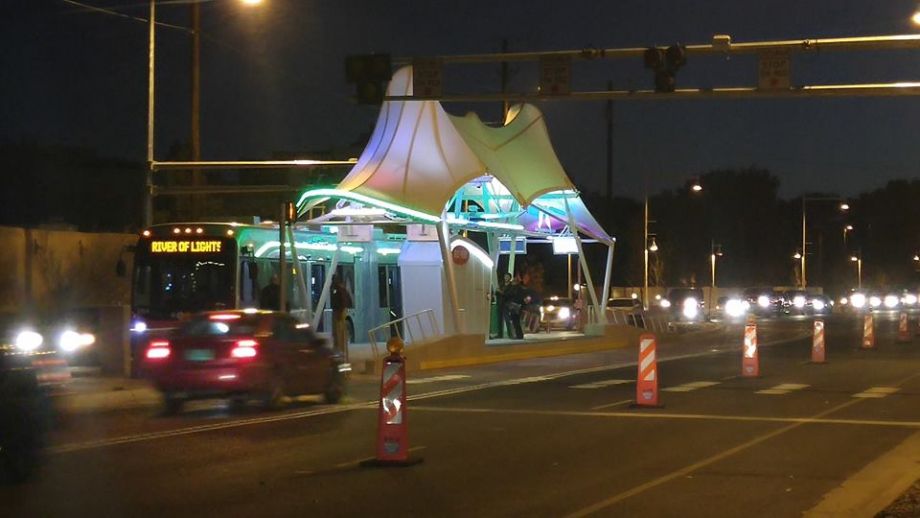 Following years of debate, Albuquerque’s controversial electric BRT made its inaugural run last weekend with outgoing Mayor Richard Berry on board, according to the Albuquerque Journal.

A good deal of national publicity focused on the fact that the new system, called Albuquerque Rapid Transit, or ART, was the first system in the country to receive top honors from the Institute for Transportation and Development Policy. The Institute’s Gold Standard for BRT takes into consideration factors like dedicated right-of-way, bus emissions and universal access. Adding to those accolades, the Journal reported that the buses even had “that new car smell.”

But the route has not always been popular. Albuquerque’s characteristically southwestern sprawl means that most residents drive — which tends to translate to motorists worried about losing road and parking space. Most of the attendees at the 2016 meeting where City Council approved the project voiced opposition to it, claiming that a BRT system would slow traffic and create construction delays. And several months later, right before construction was scheduled to begin, opponents of the project filed a lawsuit to try and put a stop to the system.

But they weren’t successful, and according to the Journal, the mood was decidedly festive during ART’s opening weekend — although a collision with a car Saturday evening put a slight damper on things (the collision was reportedly the driver’s fault).

Today we began service on ART (Albuquerque Rapid Transit) The 1st all electric BRT line in America and the first and only to receive a Gold rating. pic.twitter.com/oVgohdTj2W

“You might not realize how controversial the Golden Gate Bridge was. People hated it. It was going to destroy their way of life. It was going to be an environmental disaster. All the things that we heard about this, right?” City Councilor Don Harris, who voted to proceed with the project in March 2016, told the paper. “What we’re going to do over the next several years and hopefully the next several months is prove them all wrong.”

The project cost $126 million, and is expected to be fully operational next year, at which point it will involve about 10 miles of dedicated roadway along Central Avenue.