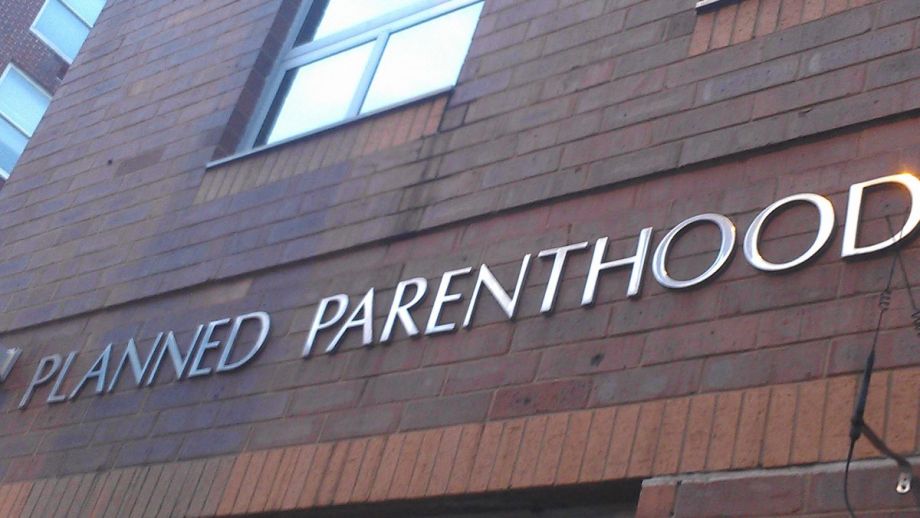 A Planned Parenthood location not in Albuquerque. Credit: Matt Bevilacqua

Abortion battles, when they’re not being fought at the courthouse, tend to happen at the statehouse. Take, for example, the high-profile, high-volume battle over statewide abortion restrictions in Texas this summer. Next door in New Mexico, however, abortion politics have taken a newly local turn.

Albuquerque voters in November will decide whether to pass a municipal ban on abortions after 20 weeks, with exceptions only to save the woman from death or serious physical harm. Although the initiative marks the first attempt to pass a municipal abortion ban in the country, anti-abortion groups say it probably won’t be the last.

“This is a good tactic, and we’re going to keep using it,” said Troy Newman of Operation Rescue, which supported the Albuquerque initiative.

Local abortion scuffles are not entirely new. On the abortion rights side, groups such as NARAL Pro-Choice America have helped pass local ordinances aimed at crisis pregnancy centers. On the anti-abortion side, activists have used zoning laws to close clinics. A municipal ban would go a step further and potentially raise an entirely new set of issues beyond the usual constitutional questions that come up when any government regulates abortion.

Here’s the story so far: The Albuquerque initiative was drafted by a group of anti-abortion activists who collected enough signatures to get the initiative on the ballot under Albuquerque’s charter. (The magic number, about 12,000, equals about 20 percent of voter turnout in recent elections.)

It then headed to City Hall for an “election resolution” — a City Council formality that officially authorizes ballot initiatives. There, it ran into legal issue number one: The activists’ language appeared somewhere between highly likely and virtually certain to be struck down as unconstitutional under a controlling precedent in New Mexico and similar cases. (In 1996, Jane L. vs. Bangerter struck down a Utah law that banned abortion after 20 weeks with exceptions for maternal life and health, and for grave birth defects.) Some council members expressed reservations over approving a costly election for an ordinance that appeared to be doomed, and that would drag the city into also-costly litigation.

But in a 5-4 vote, the council approved the resolution, with several council members saying that it was a judge’s job, not theirs, to determine the constitutionality of the ordinance. In fact, as Councilmember Don Harris pointed out, if the council didn’t place the initiative before voters, its supporters would likely challenge the city for violating the city charter, which does not appear to give the council authority to judge an initiative’s merits when it passes an election resolution.

“I concur that it is, in some ways, ‘pick your lawsuit,’” said Chris Melendrez, the council’s attorney.

According to Floyd Feeney, a professor of election law at the University of California-Davis, triggering lawsuits is the whole point. “Proponents in a number of places are trying to use the initiative process to force the courts to deal with new variations on existing laws,” he said. “They’re trying to push issues that will give the Supreme Court an opportunity to overturn Roe vs. Wade or open bigger holes in it.”

In that context, Feeney said, “going at it at the local level would be good strategy. It’s cheaper. It’s expensive and complicated to get something on statewide ballot even in smaller states. Why spend half a million dollars when you can do it for less than that?”

Donna Crane of NARAL Pro-Choice America disagrees. “I think they’ve already got plenty of opportunities to test the courts,” she said. “I think it’s just to shut down services for women in the Southwest.”

After all, in a state with as few abortion clinics as New Mexico, a ban in a single city can have something close to a statewide affect, at nowhere close to a statewide cost. New Mexico currently has 12 abortion providers, according to the Guttmacher Institute, which does not track providers at the city level. Late-term abortions of the kind available in Albuquerque are even more rare, with 11 percent of providers nationwide offering abortions at 24 weeks. One reason Albuquerque was targeted is because one of its clinics offers elective abortions up to 28 weeks, and later for maternal or fetal indications.

If the goal is simply to close clinics, however, there are potential downsides to the city-based strategy. According to Clayton Gillette, a professor of local government law at New York University, it is common for cities that wade into controversial issues to face lawsuits over whether they have the authority to get involved.

“It goes back to the 1950s, when a bunch of cities enacted blockbusting ordinances and anti-blockbusting ordinances,” Gillette said, referring to attempts to use racism to manipulate the housing market. “We saw it with women’s rights — can New York City prohibit private clubs that exist for the purpose of discrimination? It has had huge impacts in the ’80s, ’90s and after 2000 with regard to gay rights.”

Cities face suits over whether they can regulate new areas at all, such as when Santa Fe got sued for passing a minimum wage ordinance that opponents said it had no authority to pass. (It won.) They also get sued for passing laws that are inconsistent with state laws. Some of these “preemptive” laws are passed specifically to thwart city initiatives, such as when states pass laws to keep cities from antidiscrimination ordinances or providing same-sex domestic partner benefits to public employees. Abortion ordinances could likely see similar challenges.

“If there’s a state regulatory regime for abortion, the question is what is it and whether it preempts local legislation, particularly because of the uncertain power of cities to do this,” said Frug, of Harvard. “The hazier the city power, the more powerful the argument for preemption becomes.”

In New Mexico, courts have broadly interpreted cities’ powers and the Albuquerque initiative seems destined to stand or fall on constitutional grounds. But because every state has its own local government law, a large-scale attempt to go local may well run into some unexpected legal roadblocks. Newman said he doesn’t care, as his group will keep working to pass abortion bans wherever, and at whatever level of government, possible.

“The courts are crazy today, but we’re going to keep working to close these clinics,” he said.