Akron Can Still Be a Model of Economic Recovery – Next City

Akron Can Still Be a Model of Economic Recovery 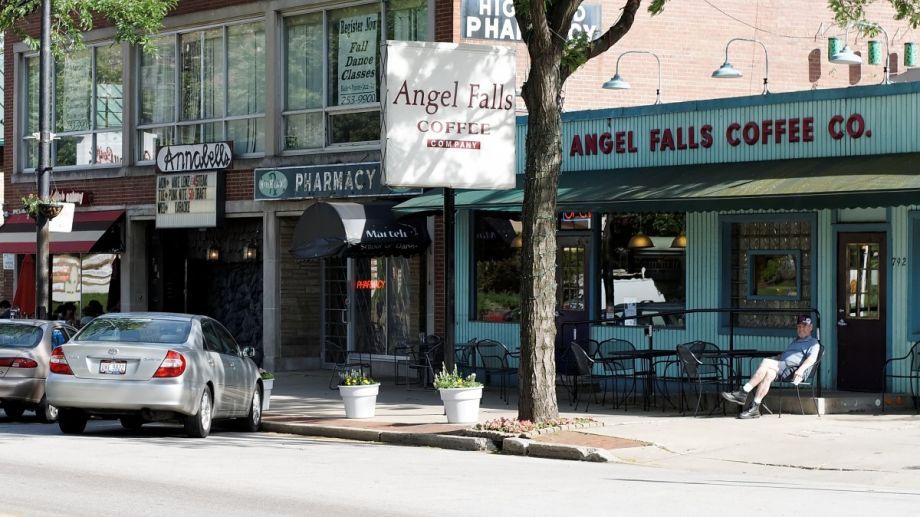 As many midsize post-industrial cities have struggled to forge new economic identities out of their manufacturing pasts in recent decades, Akron, Ohio, has frequently been pointed to as a success story. A 2008 Brookings Institution paper cited Akron as a model of “how cities could recover from the decline of their city’s primary economic engine” and suggested that Akron was “on the road to a full turnaround.”

Nearly eight years later, a less glowing report suggests that Akron’s struggles with housing, employment and developing a thriving downtown are causing the city to fall behind.

The new “62.4 Report” (the figure references the city’s size in square miles) compares Akron’s economic health to five peer cities — Erie, Pennsylvania; Fort Wayne, Indiana; Hamilton, Ohio; Syracuse, New York; and Worcester, Massachusetts. It looks at trends from 2000 to 2013 in neighborhood stability, city economic strength and demographics. Released Wednesday by the Greater Ohio Policy Center (with support from the John S. and James L. Knight Foundation), the report finds that Akron and its residents are experiencing a “troubling decline in economic health.”

However, “62.4” is more warning signal than death knell. The city has launched a number of promising initiatives and programs in recent years, and the authors believe Akron has the potential to grow into a thriving, urban center.

“Akron is at a crossroads,” Lavea Brachman, executive director of Greater Ohio Policy Center, said in a statement. “A number of substantial challenges face the city, but we found that leaders are already beginning to take the right steps to help Akron get back on the right track.”

The report highlights key challenges, as well as what the city is doing — or should be doing — to “regain a competitive edge.”

By 2000, many thought manufacturing cities had weathered the most significant drops in employment they would face and were finally stable. But between 2000 and 2013, Akron saw another 25 percent decline in manufacturing jobs, and the unemployment rate more than doubled, going from 4.7 percent to 9.8 percent. Like in many of the comparison cities, health care, education and social assistance organizations have become the core industries, occupying a quarter of the workforce. Akron is looking toward these sectors, as well as other white-collar industries like management, scientific and technical consulting services, and computer science, to increase employment. Retail, entertainment and recreation have also experienced notable growth.

To ensure success, according to “62.4,” the city will need to address a “skills gap” owed to the decline of manufacturing jobs and increase in white-collar opportunities. Further exacerbating the issue, much of the local workforce is moving toward retirement, and few young people are moving into the city. During the years studied, Akron had no growth in young professionals (categorized as people ages 25 to 34 with at least a bachelor’s degree). Only 29 percent of millennials living in the city came from somewhere else, while 71 percent of millennials living in Akron have lived there their whole lives. By contrast, Erie has seen a more than 40 percent growth in young professionals between 2000 and 2013, and none of the comparison cities saw less than 10 percent growth.

Though a small group, the city’s young professionals are having a growing influence, which the Greater Ohio Policy Center researchers believe is key to getting the city back on the right track. Almost 42 percent of the young professionals they surveyed said they were involved in the community, and more than 62 percent said they felt “like they could make a difference in Akron.” The city launched Torchbearers, a group that connects young professionals to leadership opportunities in Akron, and is looking at other ways to attract young people.

Other workforce development programs, such as Tech Hire Community, which helps students learn coding and information technology, could help both combat the skills gap and show young people that there are job opportunities in Akron.

The immigrant population has also grown more slowly in Akron than in its peer cities, but, like the city’s young professionals, the “relatively small group of immigrants has had an outsized impact on the city.” The city’s North Hill neighborhood has developed into a diverse immigrant enclave, and Akron passed a “Welcoming City” ordinance last year.

However, the report also warns that new talent and the skills gap aren’t the only issues. Akron still has two significant challenges to tackle: providing workers with places to live and ways to get to their jobs.

Many neighborhoods in the city face declining populations and mortgage foreclosure. (As a recent study in Atlanta showed, blight has a significant, measurable economic impact on a city.) Like many of the peer cities studied, Akron’s corporate workers and families have steadily relocated to the suburbs in recent decades. According to the report, “While the city has done a good job of building and marketing itself as a great place to work and play, it has done less to boost itself as a good place to live.” It goes on to suggest that the city needs much more quality, affordable housing to attract middle-class families and others to living in the city center.

One factor that has driven people to the suburbs is that employment has grown more steadily in the areas surrounding the city than in the city center. Since Akron public transportation is very limited outside of downtown, workers who live downtown and exclusively use public transit are very limited in terms of employment. The city is hoping to both extend transit lines throughout the greater Akron region and to encourage more economic development right in the city center.

Is Akron poised to spark new vibrancy or face continued economic decline? The report — and many city leaders — are hopeful for the first option. With the city’s longtime politicians retiring, including nearly 30-year Mayor Don Plusquellic, there’s an opening for new leadership. A more “collaborative, networked approach to governance,” according to the Greater Ohio Policy Center, could help Akron live up to its reputation as a model for recovering post-industrial cities.

In his swearing in as Akron’s 62nd mayor on Jan. 4, Dan Horrigan expressed a hopeful sentiment: “Akron is at a crossroads. I will work to insure that a rising tide truly does lift all ships.”