What’s Behind Your Airport’s New Nonstop Route – Next City 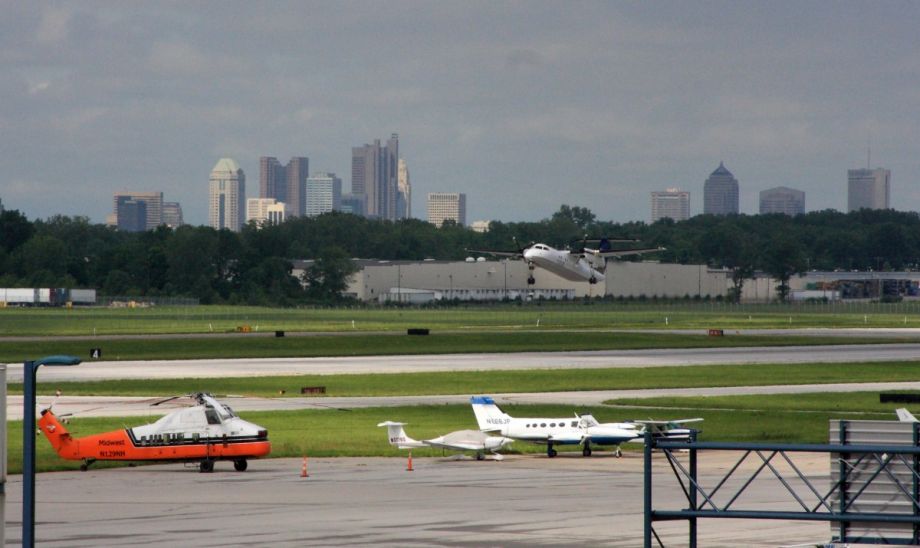 From tourists to business travelers and even new residents, airports are one of the first pieces of urban infrastructure many are likely to encounter in a city. This makes them vital tools for economic development — selling points for companies considering a move to a region, and job generators in their own right.

Yet while corporate subsidies make headlines, the public remains largely unaware of the competition airports undertake to lure airlines to launch flights to hot destinations. That new nonstop route from your city to San Francisco that’s advertised all across the subway? Chances are, the airline didn’t pay for that ad — the airport did, as part of an incentive package to entice the airline to take a risk on a new market.

Megan Ryerson, a researcher at the University of Pennsylvania, has published a series of papers delving into the connection between airports and economic development and urban competition. She says for an airport in an already growing city, offering airlines $75,000 to $1 million in marketing and waived fees to launch a new route may be savvy economic development. But for smaller airports, particularly those sharing metro regions with larger, wealthier cities, Ryerson says that money might be better spent on the amenities that make cities good places to live and visit.

There’s just one problem: Airports aren’t allowed to spend these funds that way.

In the U.S., the vast majority of airports are public entities, owned by the city, county or a regional body like the Port Authority of New York and New Jersey. Airports generate both aeronautical revenue, which includes fees paid by airlines for use of runways and gates, and non-aeronautical revenue such as parking payments, rental car fees, a cut of concessionaires’ profits and more. (This is, incidentally, why Uber and Lyft have been anathema to airports: They don’t pay the fees that taxis do.)

The latter revenue covers the airports’ operating costs. Until the early 1990s, cities that owned their airports also frequently comingled non-aeronautical revenue with the general coffers to pay for urban infrastructure like fire departments. But in the early 1990s, with U.S. airlines struggling, Congress and the Federal Aviation Administration limited use of non-aeronautical revenue to the airport itself. A few years later, after heavy lobbying from the airlines, the FAA decided airports could also use that money to waive landing fees, pay for route marketing and otherwise offer incentives to airlines to launch new nonstop routes.

This can be in both airports’ and airlines’ best interests. Landing fees are determined by the cost of airport operations divided by the number of flights landing there. At Hartsfield-Jackson Atlanta International Airport, a large facility with a large flight volume, airlines pay 66 cents per 1,000 pounds of aircraft weight. But at the Lambert-St. Louis International Airport, which has aggressively expanded its facilities without greatly boosting flight volume, airlines pay over $10 per 1,000 pounds of aircraft weight.

“If an airport expands their runways, then they’ve just made the cost go up,” says Ryerson. “So unless they encourage new flights, everybody’s landing fee just went up.” Incentives are one way to attract new flights, so long as they stick around once the subsidy runs out. The FAA only allows airports to waive fees and pay for marketing for up to two years.

Between 2012 and the first quarter of 2015, about 30 U.S. airports spent $171.5 million on incentives programs. Yet according to Ryerson, 40 percent of the routes launched in that time ended when the incentives did. “Forty percent of the routes came in, took the money and left,” she says. “Think of that from an economic development [standpoint]. Forty percent of $171 million — that is a lot of money for an economic development program that yielded very little.”

That’s not to say incentives programs don’t have their place, says Ryerson. Dallas and Miami have been very successful enticing and retaining flights. So has Austin, a fast-growing city that’s attracted businesses like Facebook with multiple headquarters across the country. But San Antonio, right down the road, lost almost all of the routes it offered incentives for in that period, and thus nearly all of the money it spent on them. With the Texas cities so close together, the demand isn’t there for a nonstop flight from San Antonio to Paris if Austin already has it.

“Everybody wants to be a big important global city,” says Ryerson, and cities see big, important, international airports as the way to get there. This can lead to abuse of the incentives system: Instead of trying to attract routes for which demand exists, airports focus on flashy destinations that are promising in theory.

In an ideal scenario, nonstop international flights could entice foreign businesses to open U.S. headquarters, so airports might court service to Hamburg or Vienna. Nonstop domestic flights could also encourage business relocation and attract new residents, and there’s always the local economic development generated by jobs and businesses related to the airport itself.

But Ryerson says in cases like San Antonio and Austin, or San Jose and Oakland, regional airport planning would probably be a better fix: Instead of expanding and using incentives to attract redundant, high-profile flights, nearby airports might work together to spread demand around the region.

“This is a one-size-fits-all policy that is working for the 1 percent of airports,” she says.

One unexpected city where incentives are working as they should? Columbus, Ohio. “I believe that Columbus is Austin seven years ago,” says Ryerson. A growing city, Columbus would likely see air traffic increase naturally without intervention over the next decade, but the incentives are helping to spur it along. Ryerson holds up Columbus as an example of both transparency and intentionality. Whereas Austin was reticent to discuss its program with her, the Port Columbus International Airport (CMH) publishes a handy guide.

That document shows that Columbus’ program is rooted in the data: the number of passengers currently flying between Columbus and any given destination on an indirect route. Airlines become eligible for incentives if they are offering a new direct route to a location frequented by 50 passengers or more per day. Extra incentives kick in when daily passengers exceed 100. Both new airlines to CMH and any airlines willing to provide service to a target market are eligible for the incentives, which could include between $25,000 and $100,000 in in-kind marketing and up to 12 months of waived landing fees, depending on the service. As a result, Columbus’ program has focused on routes to Seattle, San Francisco and Austin, over flashier offerings like London or Tokyo (though international routes are also eligible).

“We don’t put out incentives to carriers or we wouldn’t propose incentives to a market that we didn’t think was viable long-term,” says David Whitaker, CMH’s chief commercial officer. He says in his experience, airlines aren’t shopping around for subsidies. Nearly all of the routes CMH offered incentives for over the past decade-plus have remained, with the exception of Jet Blue, which left after the subsidies ran out for reasons unrelated to the market, and an airline that folded before the incentive period ended. CMH was able to recoup 90 percent of the waived fees in the bankruptcy process.

But Ryerson’s research shows that not every airport is using its incentives well, and that air service isn’t the route to economic development for every city. Before the FAA changed the rules around non-aeronautical revenue, Los Angeles World Airports, the agency that operates Los Angeles International, caught a lot of flak for diverting LAX funds to pay for marketing the city to tourists, and on police, fire, and ambulance services. The lack of transparency and oversight was roundly criticized, but Ryerson wonders whether the intention might not be noble.

“Could cities use this money to be a better version of themselves?” she asks. Airports can currently use their non-aeronautical revenue to fund transit expansions to the airport. What if they could use it on urban mobility more broadly? Or on programs to spur business development within the city? Or on any number of factors that make cities good places to work, visit and live?

Without changes to FAA regulation, none of this is possible. At the very least, Ryerson would like to see airports increase transparency around their incentives programs. “People have no idea,” she says, “and there are millions of dollars at stake.”