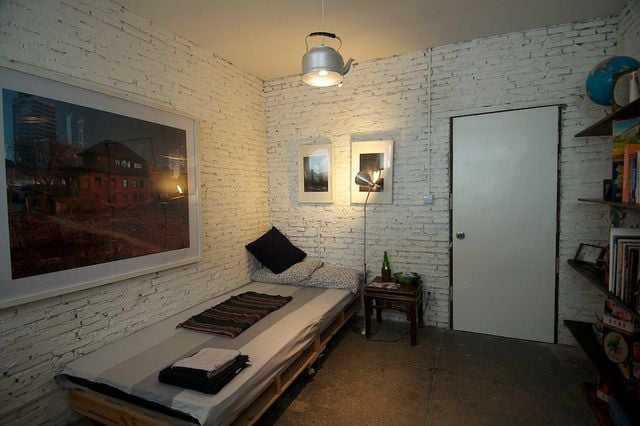 Want to rent this room for the weekend? Not in New York City. Photo credit: Flickr user Jonas Merian.

Airbnb, arguably the world’s most popular crowdsourced hospitality site, was ruled illegal in New York City today. It’s a tough break for the site, recently valued at $2.5 billion, that makes it cheaper for tourists to visit cities and stay in apartments located out of typically dull business districts.

The company is in violation of New York’s hotel law, which prevents residents from renting out apartments — whether they own or rent them — for less than 29 days. Basically: Your studio apartment ain’t a hotel, sorry.

Shared services can be a double-edged sword. Airbnb affords would-be tourists the opportunity to stay an extra couple nights and perhaps spend more cash at local businesses. And because these apartments are usually outside of generally touristy areas, those dollars are likely going somewhere other than the Times Square Red Lobster. A 2012 Airbnb study showed that guests spent $15 million in San Francisco neighborhoods outside the central hotel district. But these rentals aren’t taxed. So what’s in it for the municipality?

This isn’t the first time shared services have been shut down. Uber, the mobile application that allows people to locate black cars for hire, is facing closure in Washington, D.C., after the D.C. Taxicab Commission passed new regulations. SideCar, a different mobile app that connects people looking for rideshares, has been the target of stings for providing “unlicensed ground transportation.”

But what are you going to do? I’m sure local businesses like the extra jolt from Airbnb guests that might otherwise end up at Ruby Tuesday’s. And the residents renting out their apartments certainly enjoy the extra cash, especially in a city like New York where an extra $5,000 a year from Airbnb could make a huge difference. But, again, it’s not taxed. So the city isn’t benefiting from this informal economy on its ledger, it’s only assuming risk. It’s a vicious cycle. Today was a win for the city of New York, but I’m sure the folks who rent out their apartments are cursing the hotel law and searching for an alternative service.