Airbnb Picks Portland to Work Out Its Ideas on Urbanism 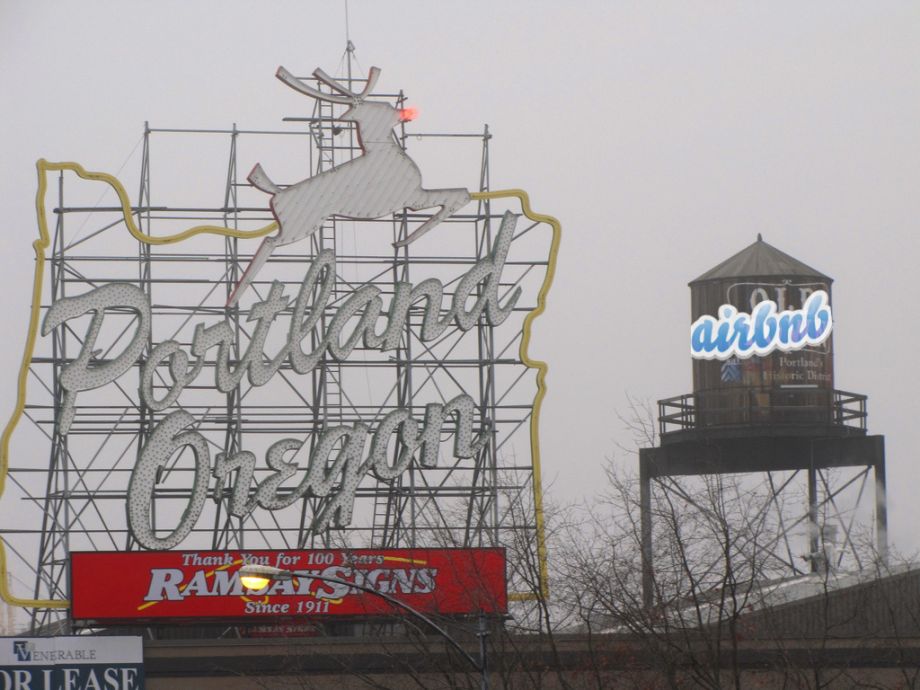 In a photo-heavy post on the platform Medium, Airbnb co-founder and CEO Brian Chesky lays out his vision for a new-old kind of urbanism that the rent-a-room company plans to pursue in cities around the world:

Imagine if you could build a city that is shared.Where people become micro-entrepreneurs,and local mom and pops flourish once again. Imagine a city that fosters community, where space isn’t wasted, but shared with others. A city that produces more, but without more waste. While this may seem radical, it’s not a new idea. Cities are the original sharing platforms. They formed at ancient crossroads of trade, and grew through collaboration and sharing resources. But over time, they began to feel mass produced. We lived closer together, but drifted further apart. But sharing in cities is back, and we want to help build this future. [Emphasis in original.]

It’s an idea and initiative that Chesky, no doubt inspired by this very column, is calling the “Shared City.” The plan? “To help civic leaders and our community create more shareable, more livable cities through relevant, concrete actions and partnerships.” The first such city to serve as a proving ground for that vision, Chesky writes, will be Portland, Ore. The move follows on the heels of meetings between the company and Mayor Charlie Hales, who took office last year, on opening up an office in town. Over on Fortune, Leigh Gallagher has more details.

As a practical matter, much of what Chesky outlines is small bore. The company will, for example, work to make it easier for hosts to donate to local causes, and match those donations. It will provide hosts with smoke and carbon monoxide detectors should they not have them already. It will crack down on bad actors using the Airbnb platform, promote Portland as a tourist destination, and help train locals to act as hosts in the event of emergencies such as floods or fires. A bigger goal is that Airbnb is “offering to cut red tape and to collect and remit taxes to the city of Portland on behalf our hosts.” It’s new for Airbnb, Chesky writes, but “if it works well for our communities and cities, we may replicate this project in other U.S. cities.”

It’s not entirely clear what “offering to cut red tape” entails — was Airbnb styming hosts’ efforts to pay taxes in the past? — but the decision to act as a middleman in the gathering up and sending in of taxes is significant. Whether Airbnb hosts should pay taxes is something that has hung over the company in some markets. New York State Attorney General Eric Schneiderman, for example, has gone after Airbnb for resisting efforts to disclose hosts’ records as part of a broader crackdown on tax avoidance and tenancy abuses.

That Airbnb would work out a vision for the future of cities isn’t surprising.

The company recently made plans to open up its San Francisco offices to the public for holding classes, hosting events, and using its library of urbanist literature. This connects to the fact that Airbnb’s public policy lead, Molly Turner, is not a lawyer but a trained urban planner. Indeed, here on Next City Turner issued a call to her planning colleagues to, among other things, consider working in the world of tech entrepreneurialism. “Think about the impacts you could have with the funding at your fingertips to implement a new idea, the ability to reach millions by scaling at a start-up pace, and the responsibility of ensuring that tech innovators don’t repeat mistakes of urbanists’ past,” she wrote. We should note that Airbnb’s latest round of investing puts its value in the range of $10 billion, the New York Times has reported. (One wonders, gently, how much input Turner had on Chesky’s manifesto.)

Adjacent to the discussion is that tech companies are proving themselves more willing to engage with government actors directly, after having built up a reputation for seeing governments as things to be routed around.

Etsy, for example, started working with the New York City Department of Small Business Services to help locals turn their crafts into businesses. Yelp has teamed up with the U.S. Small Business Administration to help business owners understand how to navigate the world of online reviews. It’s worth noting that little of what Airbnb is proposing in Portland requires the actual involvement of the city apparatus proper. A cynical take might say that by being of service to cash-strapped governments, Airbnb is putting itself in a good position with those elected officials who benefit most from any resulting economic boon and earning a bit of inoculation when, say, regulators start nosing around its business models.

Partnering with a corporation is something that cities, in the past, may have limited to one-off deals. Yet partnering with a corporate platform like Airbnb is something that cities can go after whole hog. Imagine how different things would look if, say, the city of Portland were entering into a project to reimagine the nature of the city with Marriott, Inc.

A new emerging model of corporate citizenship — corporate localism? — is catching on, and it will only scale quickly from here. (That expected growth curve is one reason this column, in a move that now looks especially prescient, is called The Shared City.) “Our goal,” Chesky writes, “is to become even better partners with more and more cities over the coming months and years.”