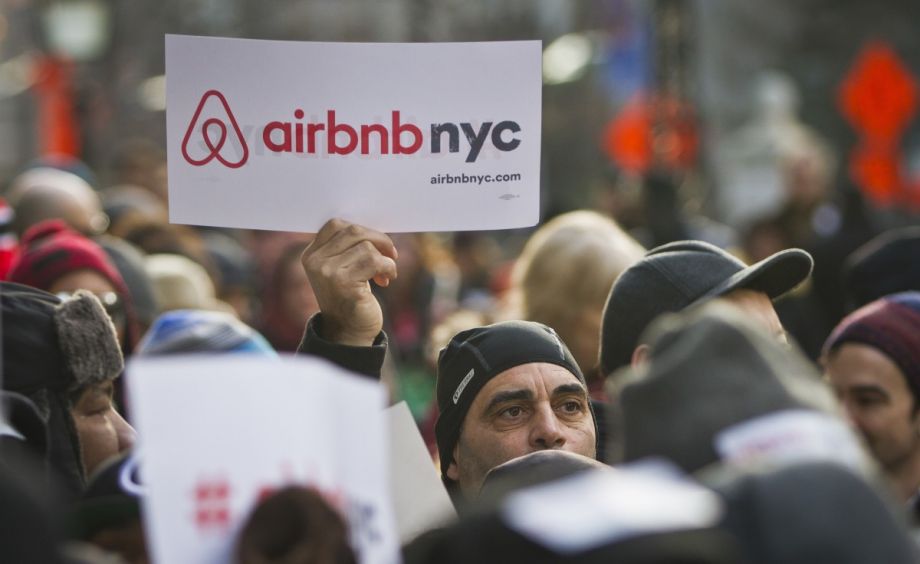 Airbnb has had a rough couple of weeks, particularly in NYC, and I’m not surprised. Airbnb has always struck me as a good small idea but a terrible big idea. That’s because it doesn’t understand housing and isn’t designed to. We are finally starting to see why that is such a large problem, especially for certain neighborhoods like mine in the East Village.

For many travelers and hosts, the idea is awesome. I have had many enjoyable Airbnb experiences across the country. I have stayed with people renting a room and rented an entire apartment. I’ve also used what were clearly professional listings. I have never been a host (way too risky in my rent-stabilized building), but I can see the benefit for others. Airbnb’s small-scale implementation of technology was revolutionary and gave people feeling the squeeze after the recession a chance to earn and save some extra money.

But I have been bothered by the professionalization of Airbnb, both by its users and as a company. It’s one thing to help travelers and hosts in a limited setting. It’s another to predicate a multibillion-dollar business model on the income insecurity of its users or on the professional arbitrage of the rental housing market.

The “sharing economy” has always been a misnomer hiding a problematic economic shift toward outsourcing responsibility/liability, undermining employment stability and erasing consumer protections. Airbnb has disappointingly drifted further into this world and the consequences for many neighborhoods and long-term renters has started to become apparent.

People choose to live in a city, a neighborhood, a building and a unit for a complex set of reasons and variables — all of which connect a group of people at a given time to a given physical place in ways that might not be so obvious, but exist nonetheless. These people add unique experiences, services and ideas to their communities for however long they remain there. Over time, a neighborhood forms an identity from those collaborations and conflicts that makes it both unique and universal. By sharing a place, purposefully or incidentally, people have shaped it.

Airbnb disrupts this, and not in the way it disrupts the hotel industry. The person with that lease, whether it’s the landlord or a professional lister, is still sharing that space with all of those people in their building and their neighborhood. There is a profound responsibility that comes with that whether they acknowledge it or not. The host has chosen to disengage from their home by turning it into a commodity. Whether or not they have the right to is almost beside the point.

The more salient point is that they are also forcing their neighbors to make that choice by turning the neighborhood into a commodity as well. The host has forced their neighbors — who see strangers coming and going constantly — to become just a little bit less engaged and connected to their home. It’s not just that they aren’t benefiting financially, it’s that they are incurring the majority of the social costs and losing what they thought their home was when they moved in. Maybe the Airbnb renter is okay with being in a cheaper “hotel,” but their neighbors didn’t sign a lease to live in any kind of hotel.

Multiply the types of trade-offs that come with Airbnb across an entire neighborhood and what we are left with is Hipster Disney World — one that looks and maybe feels “authentic,” but one that has stopped functioning as a neighborhood is supposed to. Instead, it becomes experiential marketing, make-believe for lifestyle tourists. Inevitably this devolves a neighborhood into some bland version of any other type of similar neighborhood or a kitschy version of itself.

I see this all the time where I live in the East Village. I go out for coffee on Avenue B every morning and see a genuinely nice European couple with roller bags looking up from their smartphones at apartment building numbers. I know they are there because they want to get away from the touristy parts of NYC and experience what the locals see, but that just makes me feel like I’m a performer on their vacation. They go home after a week of experiencing the East Village and another nice couple comes behind them.

As for the East Village, those are people who I can’t build a local connection with, who won’t be at a community board meeting to voice an opinion about the East River ferry, or at an MTA meeting about the potential L train shutdown, or at a meeting about the lunch food at the East Village Community School. Their primary contribution instead is inadvertently putting pressure on my rent. I don’t doubt that most Airbnbers are curious, self-aware people who don’t want to have a negative impact. But the bottom line is clear: The more units there are devoted to Airbnb, the fewer there are for people who would be there to advocate for our neighborhood.

All of this raises questions as to what a neighborhood is supposed to be, and who gets to decide how it functions. I don’t know the answer to that, nor do I really think there is an answer. There are countless types of neighborhoods that function in any number of capacities for any number of purposes. And, of course, they change over time.

The built environment is an artificial construct. There isn’t anything organic about how a city is built or organized. Sure, there may be more rational ways to organize them than others, but those definitions are themselves subjective, ironed out through conflict and compromise, and ultimately evolve as society evolves. The point is that there are stakeholders in these neighborhoods who are constantly struggling to define what that neighborhood is. It might not always be pretty, or fair, but it is vital.

That’s why Airbnb’s impact on certain neighborhoods is so unprecedented and troubling. Even “bad” landlords are ultimately looking for long-term residents to live in their properties whether they are renting or purchasing. But Airbnb is built on the opposite premise. It wants more and more people to host on Airbnb and wants more and more people to visit on Airbnb. Its model only values the vibrancy of a neighborhood relative to how attractive it is for tourists to visit.

Maybe this is OK for a person with a spare room, or for a couple going out of town one weekend, but that’s not what Airbnb wants to happen. It can’t justify its valuation to investors if it is there just to help people make or save a little extra money. Airbnb, whether they admit it or not, succeeds at the expense of neighborhoods. That’s the logical extension of their market.

Is there a way to take the positives of Airbnb, what it gets right about hotels, and remove what it gets wrong about housing? I’d like to think so. I have had enough positive experiences with Airbnb on a micro-level to see how a different model could find that balance. I just don’t think it’s going to come from a $30 billion Silicon Valley company. It seems like a lot of local governments are coming to the same conclusion.

Pete Harrison is the co-founder and CEO of homeBody, a mobile network for landlords and tenants. He is active in affordable housing efforts across NYC and has a Masters in Urban Planning from Columbia University.