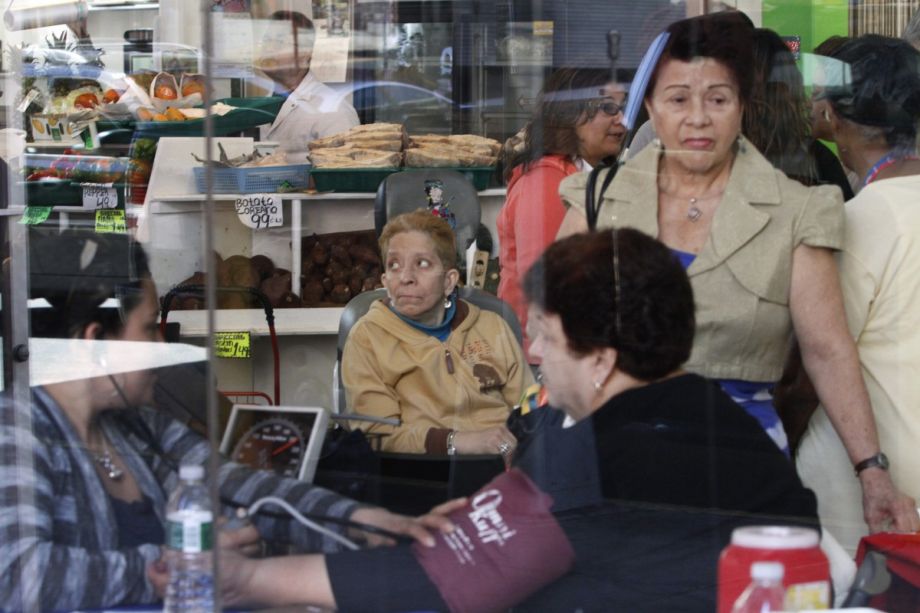 Seniors line up for medical screening during a visit to an East Harlem market.(AP Photo/Bebeto Matthews)

Old people, they’re just like us. (Only kidding, grandma!) Seriously, though: According to a new report from the AARP — who we should trust implicitly on this — the majority of Americans over 50 want a lot of the same amenities as the often maligned me-first Millennials enjoy. Specifically: Easy access to transit, parks and stores.

“What is Livable? Community Preferences of Older Adults” takes a look at how adults over 50 want to age. Researchers spoke with over 4,500 people and worked with focus groups to find out what exactly America’s 50-plus want in their communities.

And, as the graph here shows a good lot of them want the sorts of amenities close to home city dwellers enjoy: Bus stop (50 percent), grocery store (47 percent) and parks (42 percent). 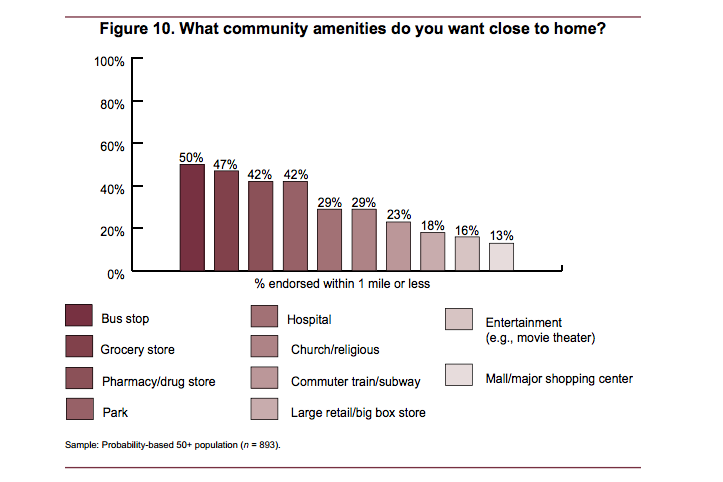 Now, we don’t have any data to compare this to, say, what 24-39 year-old Americans want in their communities. But Rodney Harrell, a senior strategic policy advisor at AARP and co-author of the study, feels the data is still indicative of a larger trend.

“They want a lot of the things that benefit people of all ages,” Harrell told me. “So even though we didn’t survey younger folks on this round, we know that things like access to bus stops and grocery stores and parks are the kind of things that make a community good for younger people and families — and they’re also the things that older adults want.”

And yes, if the trend stories are to be believed, Grandmas are apparently moving to Greenpoint.) Unclear is the size of the wave and how large the impact could be on cities.

“We’re starting to see more of those anecdotes about older people moving to urban areas and cities,” Harrell said. “But I have yet to see evidence that it is a huge wave of folks. That being said, I think what this points out is that the places where people live now might not really work for them.”

By “where people live now,” I think we can safely assume Harrell is talking about sprawling suburbs and medium-sized car-centric cities across America. This model, it turns out, might not be the best for the aging in place. Losing your car means losing your freedom. “And if these suburbs that were built around everyone being able to drive and cheap gasoline no longer meet needs — like if you can’t afford to drive or can no longer drive physcally, now those places are starting to seem less habitable,” he said.

It remains to be seen what will happen with the aging in place. Retrofitting the suburbs is an expensive proposition. Building a wave of affordable aging-in-place housing in American cities is no easy undertaking either and Miami Beach is already pretty built out.

“It’s very possible that the options we’ve developed over the last few decades aren’t going to meet the needs and wants of people as the older population grows,” Harrell said. “And we need to start paying attention to that.”