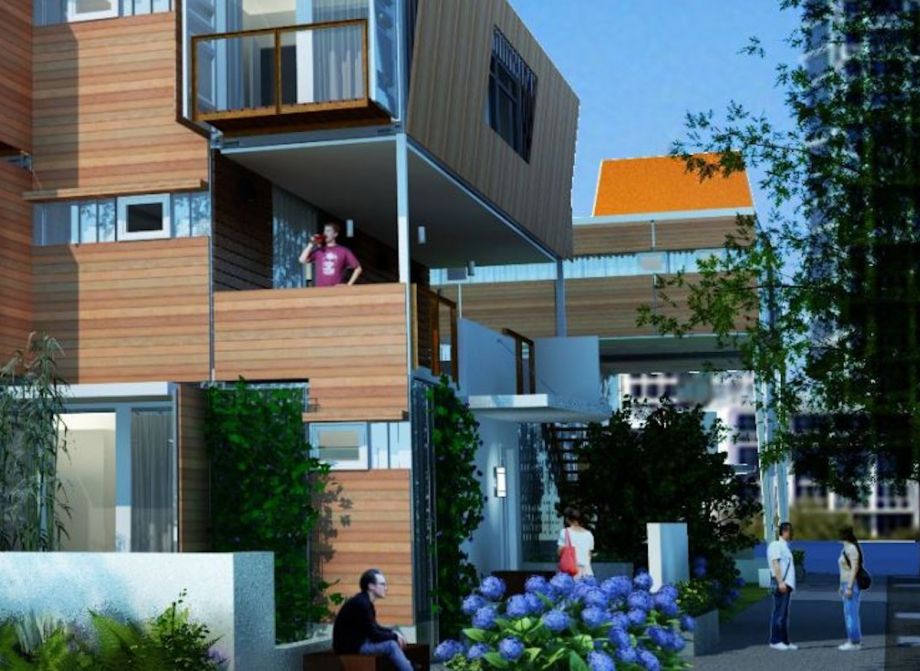 Like tiny houses, shipping container dwellings are still more likely to be found in the pages of chic architectural magazines than on actual streets in actual cities. That may soon be changing in Orlando, however, with the nonprofit Crisis Housing Solutions.

The organization is building roughly two dozen metal-frame apartments from old shipping containers, each measuring 40 feet long and 8 feet wide, the Orlando Sentinel reports. The apartments are expected to rent for under $1,000 monthly, which is about three-fourths the median rent in Orange County.

Last year, a National Low Income Housing Coalition study ranked the Orlando metro third in the United States for its lack of housing for extremely low-income residents, according to the newspaper. Some believe that need calls for creativity.

“The health of our state, local communities and our future prosperity are on the line when Floridians lack access to affordable housing,” former Orange County Chairman and HUD Secretary Mel Martinez told the paper. “We must work together to come up with innovative solutions to address this critical issue.” Martinez is currently Southeast chairman at JPMorgan Chase, which gave Crisis Housing Solutions a grant for the project.

Construction will be less pricey for the units due to savings on labor and materials, and supporters believe that city and county officials in South Florida will be receptive to the prospect. A spokesperson for the city of Orlando told the Sentinel that local building codes could accommodate the project, because it would be considered a form of modular housing. Backers say it will be aimed at baby boomers, millennials and anyone else seeking nontraditional housing on a budget. The nonprofit is currently searching for a site near downtown.

As rents surge and crest without any sign of breaking in cities across the U.S., other designers and local governments are looking at less-than-traditional housing options. In 2015, Next City covered a concept imagined by environmental science professor Jeff Wilson in which compact “cubes” could be slid in and out of steel frames set up in undeveloped urban spaces. (Wilson spent 10 months living in a converted dumpster and earned the nickname “Professor Dumpster” before coming up with the idea). According to Curbed, his company’s pre-fab designs are now in production, but his team has mostly abandoned the original concept of making the units portable.

“Uhu” is the cutesy name of another small-living concept; the prototype was designed in a collaborative effort by the Mayor’s Housing and Innovation Lab in Boston, the Boston Society of Architects and housing developer Live Light, as Next City reported last year. A “road show” displaying the Uhu living space wrapped up in December.