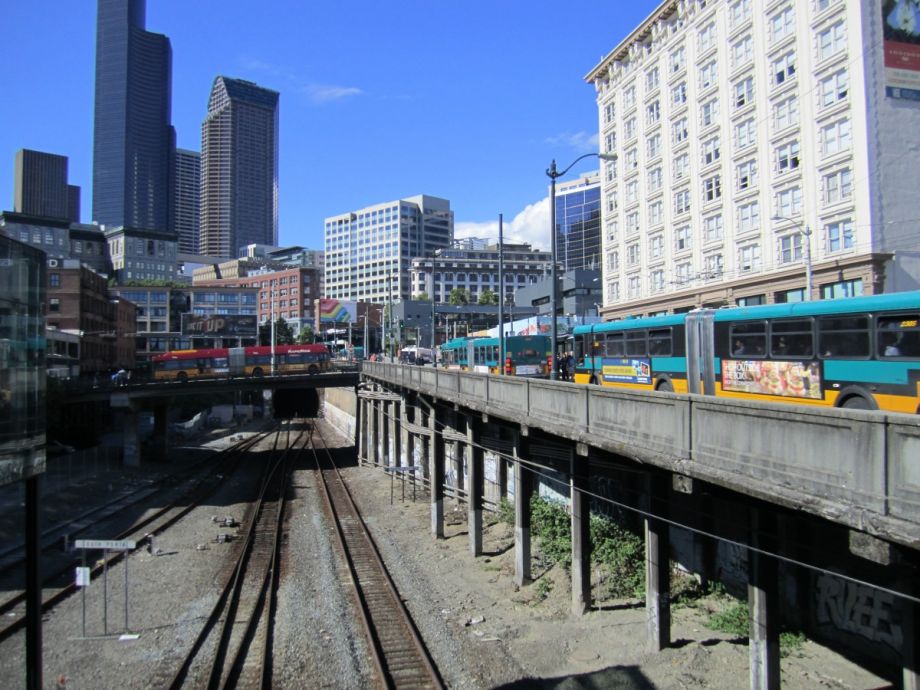 Capitol Hill Housing is an affordable housing provider with 48 buildings throughout Seattle. The average household income for its tenants is just $17,000, less than 30 percent of area median income. Income-restricted housing is critical in the city as rents continue to rocket upward, taking an ever bigger chunk of paychecks with them. Now, in a move somewhat unexpected for a housing provider, Capitol Hill Housing is trying to subsidize its tenants’ second-biggest household expense: transportation.

Earlier this year, the community development corporation launched a pilot to offer residents deeply discounted ORCA cards — the smart card that riders use to tap on to buses, light rail, streetcars and ferries in the Seattle region. The discount comes from King County Metro’s Multifamily Development Passport Program, which allows building managers to buy ORCA cards for their tenants at the same deeply discounted rates an employer or university does.

“Some people might think it’s strange that an affordable housing organization is working on transit,” says Ashwin Warrior, Capitol Hill Housing’s communications manager. “But when you really think about what it takes to have strong, diverse, equitable communities you can’t think about housing in a silo. Transit can have just as big an impact on our residents as everything else we’re facing.”

Warrior says they wanted to implement Metro’s Multifamily Passport program when it launched in 2014, but didn’t have the funds to do so. This year, thanks to a grant from the Seattle Department of Transportation, Capitol Hill Housing is running a one-year pilot program to offer the discount program — which gives riders an unlimited monthly pass — in three buildings in the Capitol Hill neighborhood.

The SDOT grant covers half the cost of the passes. Residents pay $10, $16 or $17 per month to cover the other half. Compared to $117 per month for a standard unlimited pass or a $55 per month LIFT pass for low-income riders, this offers huge savings. Over half of the 122 households in the three pilot buildings have signed up for the program so far.

“Anecdotally, we’ve gotten a lot of enthusiasm from residents who are participating,” says Alex Brennan, Capitol Hill Housing’s senior planner. “In many cases it’s saving them a significant amount of money. Over $100 a month for some people.”

Though their goal is primarily to serve residents, the CDC isn’t being solely altruistic. Brennan says part of their motivation is to save money by reducing residents’ car dependence.

“Parking is a big contributor to housing cost. It’s about $33,000 per underground space in Capitol Hill. … If residents don’t need to own a car it can make it more affordable for us to build housing,” he explains.

The pilot is also in line with Capitol Hill Housing’s broader sustainability goals outlined in a program they call the Capitol Hill Eco District. The Eco District provides a framework for all the community development work they do beyond housing. Brennan says they want to work on community building from all angles: health, equity, culture, energy, transportation, waste and more.

“We’re a community-based organization that has the capacity to take on these challenges,” says Brennan. “Climate change is one of the critical issues of our time. It’s really important to build neighborhoods and cities that can address the affordability and environmental challenges we’re facing.”

“The Multifamily Passport Program is really cool and it’ll be interesting to see how it works out in these affordable housing buildings,” says Wilson. “In general we would like to get unlimited transit passes into as many peoples’ hands as possible, especially low-income people. The psychology of having an unlimited pass versus paying ride by ride is important for making transit work.”

Ultimately, Transit Riders Union wants free public transit for all, arguing that the social and environmental benefits of the mode outweigh the value of fare revenue. In the meantime they’re pushing for more programs like Multifamily Passport that lower the cost of riding. One idea is mandating employers to let employees use pre-tax earnings for commuter benefits as New York does. Another campaign is to get Metro to provide more free passes to homeless Seattleites or sell reduced-cost monthly passes on a sliding scale, as Calgary started doing this summer.

Capitol Hill Housing’s pilot is in its fourth month. Brennan says they plan to do an in-depth evaluation at the start of 2017 to measure how much residents are saving, how their transportation choices are changing and more as they consider expanding the program to more of their buildings.