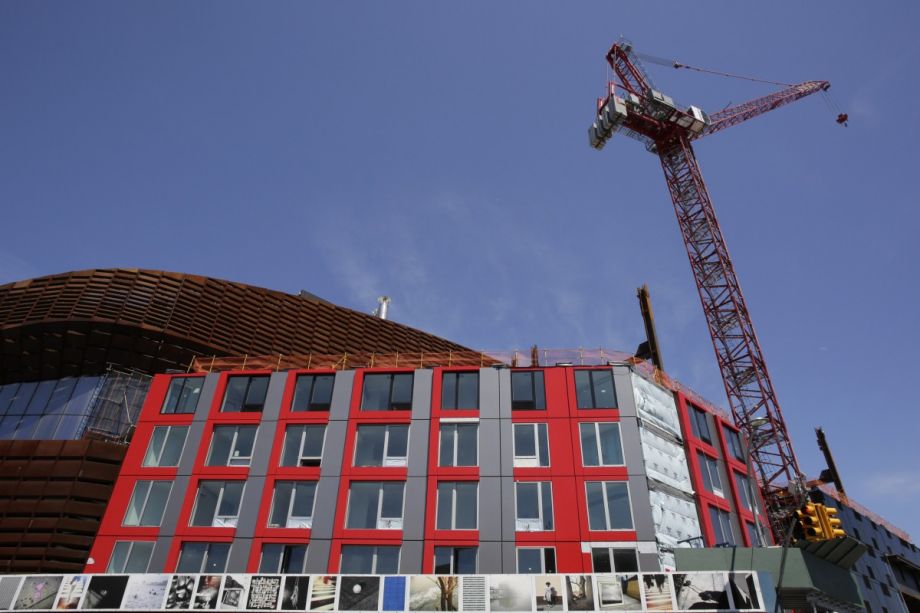 I am a bad developer of affordable housing.

In an attempt to make my latest building cost-effective, I cut every corner I could in construction, I lowballed my architect and am cheating on permits.

Luckily the apartment complex I’m building is just a few pixels on a screen, and not a real building.

The Urban Institute and National Housing Conference have joined forces to create a new tool that puts readers in the shoes of a developer, trying to build an affordable apartment building. Why, many people ask, if so many people want to rent, aren’t there enough buildings to go around?

The new tool and accompanying feature is designed to answer that question, at least on a basic level. “To explain why the private market isn’t able to fill that gap,” says Erika Poethig, director of urban policy initiatives at Urban.

One of the first things you may notice when playing with the tool is that it is essentially impossible to “win” the game. Adjust interest rates, construction costs and other expenses as much as you want, you’re still not getting that apartment building constructed.

As I “played” I found myself getting increasingly frustrated. Why does the developer need to make a million dollars in fees, anyway? Let’s cut those down by 75 percent. While we’re at it, let’s cut construction and maintenance costs — my hypothetical developer is cutting some serious corners on this building. Which makes sense, since he’s only making 25 percent of his usual fee.

Even by lowering costs to a frankly unsustainable level, there’s still a budget gap to build this hypothetical 50-unit building. Which, both Urban and NHC say, is precisely the point.

“Even if I lowered the interest rate a lot it doesn’t make a huge difference,” says Ethan Handelman, vice president for policy and advocacy at NHC.

One of the only ways to close the financing gap is to add outside money.

“If you’ve gotten to that point where you’ve figured out that ‘I just need to add some outside money to this,’ you’ve won because you’ve got the point. I would not recommend this as a purely gameplay experience; it’s not one where you’re gonna win. That’s part of the illustration. This gap is stubborn and you have to add some subsidy.”

Federal housing dollars have been on the wane for years, and state and local programs often can’t fully make up the difference. Even when a particular project has access to enough money to make it feasible, the affordable housing world is fiendishly complex: Handelman recently met with a group that had 29 separate sources of funding.

All that said, both Poethig and Handelman say that the tool was not created to lobby for a particular policy or position (though as an aside, a bill to tweak the Low-Income Housing Tax Credit was introduced in the Senate and the House right before Congress’s summer recess; Handelman says the bill’s “minor improvements” are “real and important”), but to educate. Poethig envisions the tool being used on the Hill to explain the issue to staffers, in neighborhood meetings where developers can help teach residents, or even in developers’ offices where an optimistic but inexperienced developer could get a quick dose of reality.

The tool uses real data from the city of Denver. Urban and NHC chose Denver because until recently the market there has not been “super hot — people couldn’t write it off as ‘that’s just San Francisco,’” Poethig says.

Denver also has a housing loan fund whose administrators were willing to share real data from, so the numbers in the calculator are based on actual properties, Handelman adds.

If the tool proves useful, future iterations might include local data or further variables like tax abatements or whether the property qualifies for Section 8. But, Handelman says, “that’s also deeper in the weeds — we want to make sure it’s as accessible as possible to folks who don’t necessarily know housing yet.”