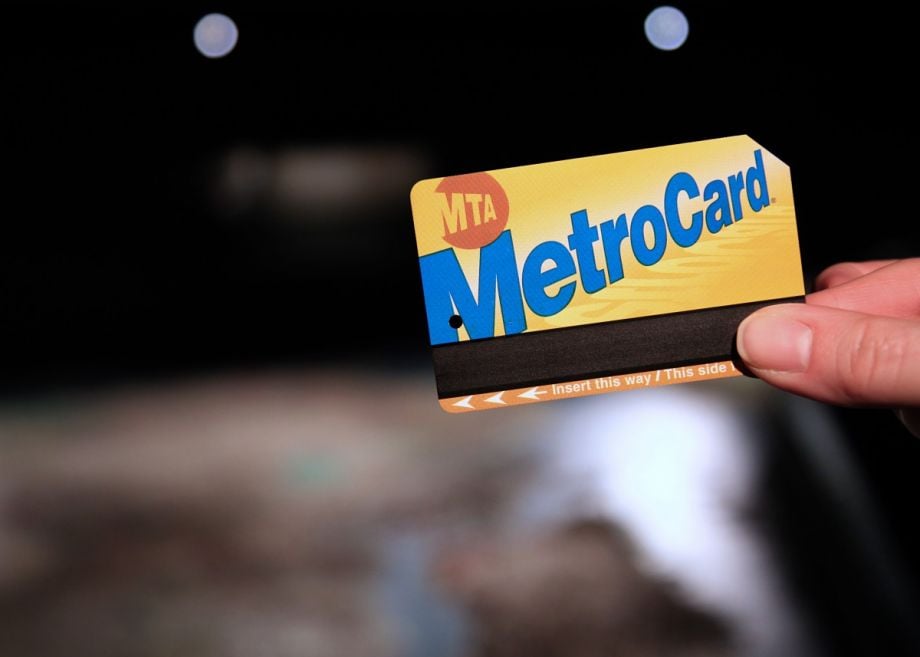 The swipeable MetroCard is being phased out, which transit advocates say represents a huge opportunity. (Photo: Mr. T In DC)

After 25 years, the end is drawing nigh for New York City’s iconic, yellow MetroCard. The Metropolitan Transportation Authority (MTA) announced last fall that it would begin phasing in a new fare payment system that will allow riders to use mobile payments such as Apple Pay, tap a contactless bank card or tap a MTA smart card at turnstiles and on buses. The swipeable MetroCard is outmoded technology compared to the smart cards most cities have adopted over the last few decades. As MTA begins the lengthy rollout of its 21st-century fare payment system, transit advocates are pushing the agency to use the capabilities of the new technology to make the country’s largest transit system faster, more equitable and easier to use.

A new report from TransitCenter and Tri-State Transportation Campaign makes the case for new policies MTA should adopt as it implements the system. In it, they argue for all-door boarding for every bus, fare capping so low-income riders pay the same as wealthier riders, integration with mobility services such as bike-share and better real-time system data sharing.

“The new, next generation tech offers really good possibility for riders if the MTA seizes the opportunity,” says report co-author Colin Wright, a TransitCenter advocacy associate. “We’ve seen transit agencies elsewhere use modern fare payment systems to adopt policies that make transit faster, more convenient, and fairer for riders and we can do that too. It’s simply a matter of MTA leadership choosing to adopt the policies.”

TransitCenter has long advocated for system-wide, all-door bus boarding. Allowing riders to enter from any door reduces dwell time (the time it takes for passengers to load the bus and pay), which improves over all speed and on-time performance. New York already uses all-door boarding on its Select Bus Service (SBS) routes. On some SBS routes, dwell times dropped 28 to 40 percent and ridership increased by as much as 30 percent. The smart cards and mobile payments will make it easier to put fare readers at every bus door. For high ridership stops, TransitCenter and Tri-State Transportation Campaign recommend adding curbside readers to further speed up the process.

Because the new fare system will require each rider to have their own account, MTA will be able to track the number of rides a person takes within a given period. That makes it possible for MTA to implement fare capping. Fare capping makes it so riders who cannot afford the upfront cost of a monthly, unlimited pass (currently $121 in New York), don’t end up paying more in the end. After a user’s single-ride payments add up to the cost of a monthly pass, the rest of their rides that month are free, as if they had purchased a monthly pass to begin with. London was one of the first cities to implement fare capping. Portland, OR recently started fare capping as well.

“It’s about basic economic fairness and making it easy for people to use this system as much as possible. It would be great to see MTA adopt fare capping to make the system as equitable as they can,” says Wright.

By integrating transit payments with payments for bike-share, car-share and other mobility providers, TransitCenter and Tri-State argues MTA can better compete with cabs and ride-hailing. The easier it is to grab a bike or car for the first or last mile of a trip, the likelier it is someone would choose to take the subway or a bus for the bulk of the journey, rather than a cab for the entire thing.

Finally, the new fare system is going to generate more detailed data than the current system does. MTA is currently consolidating several of its web services into a new all-encompassing user app that will provide trip planning, account management and real-time arrival info. Wright says MTA should take advantage of the new data options and app development to make the service as robust as possible. In addition to real-time train and bus arrival, the app could let users know when a subway station or bus is overcrowded, when a line is out of service, and even when station escalators and elevators and elevators are out of order.

Other transit advocates have voiced support for the report’s policy ideas. Stephanie Burgos-Veras, senior organizer with the grassroots advocacy group Riders Alliance, says she is particularly excited by the possibility of all-door boarding and fare capping. “We want to make sure everyone has access to transportation. Fares continue to go up. It’s becoming much more difficult for New Yorkers to afford to get on transit. … It’s not fair to have wealthier riders be able to get on trains whenever they want without thinking about it.”

Riders Alliance is a member of the Bus Turnaround Coalition, a group of advocates — including TransitCenter, the Tri-State Transportation Campaign and Straphangers Campaign — pushing for MTA to improve its long-suffering bus service.

In addition to the policies suggested in the new report, Burgos-Veras wants to see the MTA do more outreach with the people most effected by the changes: the riders themselves. “We’re really focused on the grassroots side, ultimately. We want to make sure subway and bus riders are part of this conversation. It’ll be helpful to both the MTA and rider to have a dialogue about this important new system.”

MTA is phasing in the new fare payment system over the next six years. Riders won’t be able to pay with contactless bank cards and mobile wallets until next year. Despite that lengthy rollout, Wright says, “We’re on a tight timeline. We need the MTA board to take a stand on these policies and direct staff to study these issues.”

In a statement to the Wall Street Journal and amNY about the report, MTA spokesman Jon Weinstein said, “We are excited to introduce 21st-century fare payment technology to the MTA, which is a critical step towards truly modernizing our system and improving the customer experience. President [Andy] Byford is developing a comprehensive bus improvement strategy and as we said at the time [the New Fare Payment System] was approved last fall, All-Door Boarding is a concept we’re very supportive of.”

The policies are possible, but they will be far easier to implement upfront as the contractor Cubic develops MTA’s new system, rather than trying to add them later.

“Ultimately this new technology is just a means to an end,” says Wright. “It’s up to the MTA and elected leaders to use the technologies to the fullest.”

Editor’s note: We’ve updated this piece to give credit to Tri-State Transportation Campaign, the co-authors of the report.