Addressing Homelessness and the Affordable Housing Crisis Holistically – Next City 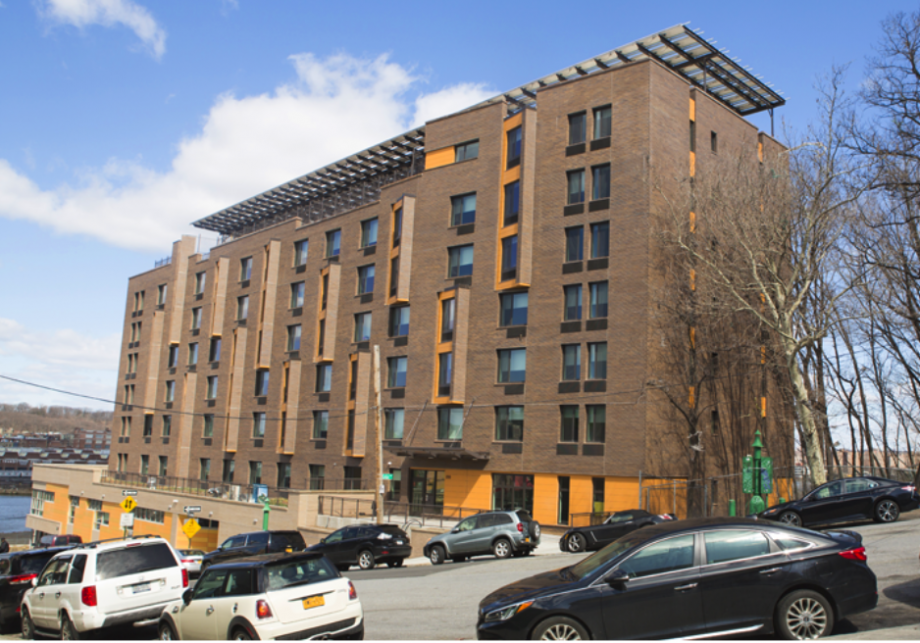 Brenda ButlerWord is starting to feel settled in her studio apartment, on the third floor of a new Bronx development that overlooks the Harlem River. Colorful pillows decorate her bed. Plants line the windowsill; the fruit bowl is filled with apples and bananas. Though these may seem like small signs of apartment living, it’s a significant transition for ButlerWord. “I’m taking everything in,” she says, “And starting to feel comfortable.”

Before moving to her new apartment this spring, ButlerWord resided in a Brooklyn homeless shelter. She moved from Chicago to New York City after life changes that prompted her to “take a big chance,” she says. “I ended up at the airport, not sure what to do, and so I just prayed.” She sought assistance from the Bowery Residents Committee, or BRC as it’s known, a New York City nonprofit that helped her settle in a women’s shelter and, “get the toehold I needed,” she says.

At ButlerWord’s new apartment, she’s able to decorate, cook, visit the laundry room, and, most importantly, “get back on my feet.” She pays $470 a month in rent for a studio furnished with a bed, dresser, table and chairs.

ButlerWord’s new residence, Reaching New Heights Residence and Apartments at Landing Road, represents a new chapter as well for BRC, and for the NYC Department of Homeless Services. For the first time since it was founded by marginalized New Yorkers in 1971, BRC is serving as landlord. And, for the first time, the department’s funding for the 200-bed shelter for homeless men on the first two floors of the building also subsidizes the seven floors and 135 units of affordable housing above.

From 1994 to 2014, homelessness in New York has increased 115 percent, and rents have gone up around 19 percent, while household income declined 6.3 percent. On top of that, the city has lost roughly 150,000 rent-stabilized apartments. The city’s shelter population now regularly tops 60,000 on a nightly basis.

The changes in the city have fueled two separate crises, intimately tied together: a lack of affordable housing, which Mayor de Blasio and the city’s housing agency are addressing through a 10-year plan, and another in homelessness, addressed by the NYC Department of Homeless Services.

But having each crisis handled by separate agencies has kept the city from thinking holistically about homelessness and affordable housing, according to Muzzy Rosenblatt, CEO and president of BRC. In fact, he says, the current system contributes what he calls a “vicious cycle,” where many become homeless because they can’t find an affordable home and then stay homeless due to shelters that don’t deliver adequate services to get people back on their feet.

The 1979 lawsuit Callahan vs. Carey paved the way for further legal victories that ensured the right to shelter for homeless New Yorkers. But rather than the NYC Department of Homeless Services developing a city-owned shelter system, shelters typically operate in buildings owned by private landlords. Those developers rent shelter space at market rates to nonprofits like BRC, who then ask the city to reimburse its costs. It’s become a cash cow for those landlords — the city is now spending over a billion dollars a year just to rent space for shelters.

“We wanted to figure out how we could move from being renters to being owners,” says Rosenblatt. With the government reimbursing BRC for its rent, he explains, the nonprofit breaks even and the private landlord makes a profit. “We said, let us be the landlord, let us pay ourselves rent, and use that surplus income, which would be landlord’s profit, to reinvest in affordable housing,” says Rosenblatt.

The cross-subsidy formula works in that BRC uses surplus income generated by the city shelter contract to subsidize rents above, which go between $470 and $1,000 a month. The majority of affordable apartments are reserved for people transitioning out of homelessness. Low rent, plus workforce development opportunities offered within the building by BRC, help keep residents out of homelessness.

The idea took hold at BRC in 2013, Rosenblatt says, as data revealed greater lengths of stay in shelters and higher rates of recidivism among BRC clients. But there was a challenge: according to Rosenblatt, the NYC Department of Homeless Services initially balked at the idea of their funds being used to subsidize permanent housing. The agency didn’t view permanent housing subsidies as their job. Instead, Rosenblatt says, the NYC Department of Homeless Services believed permanent housing belonged to the city’s housing development agency or the public housing authority.

As homelessness and need for affordable housing increased, it became glaringly obvious business-as-usual wasn’t working. Rosenblatt says it took getting the NYC Department of Homeless Services and the city’s housing development agency in a room together finally, “to challenge bureaucratic thinking.” Still under then-Mayor Michael Bloomberg, BRC finally got the go ahead to, “run the numbers, find a site, and do it.”

By the time BRC found a site and got its proposal ready, Mayor de Blasio had come into office. The city remained open to the idea. The nonprofit purchased the Bronx site in 2014, and construction began in 2015. The shelter opened at the end of January 2018, and the apartments at the beginning of April.

The building is attractive from the exterior and well-maintained inside, with outdoor spaces (a luxury not found in most New York City shelters), meeting rooms and artwork lining the walls. (The work comes from participants of an art therapy course offered by BRC.) Upstairs, apartments are as nice as any market-rate building. Downstairs, dormitories, which hold no more than 25 individuals, provide each shelter resident with a personal space holding a twin bed and locker.

Rosenblatt believes the building is the proof-of-concept the city needed, “to know if this concept was pie-in-the-sky, or if it could really happen.” Earlier this year, he notes, BRC paid back its construction lenders, “on a project that had never been tried before.”

The city is paying attention. Last year, the NYC Department of Homeless Services released a comprehensive plan known as Turning the Tide, with the goal of reducing the footprint of the city’s shelter system and driving down the population of homeless New Yorkers relying on shelters.

The department also announced the ending of nearly half of the so-called “cluster” units managed by private landlords, with the goal of squashing the system by 2021. These are whole apartments the city rents for homeless families, which have become known for their notoriously poor conditions. The plan promises to offset the cluster closures by opening 90 new shelters and expanding 30 existing ones.

“Nonprofits like BRC are critical in replacing the haphazard system of the past with a new approach,” says Banks. “For many years, the city had under-invested in, and disinvested from, the not-for-profit sector.”

Banks says a recent $236 million investment by DHS will better focus on ways “of empowering and strengthening not-for-profit providers to help transform the shelter system from how it was created nearly 40 years ago to a new vision, that places people first.”

BRC has also begun the Way Home Fund, a goal to raise $7 million as a revolving fund to kick off a pipeline of projects similar to Landing Road. The organization believes that amount is sufficient to have a new building like Landing Road open every 18 to 24 months, if the implementation hinges on capital recovered from the previous building.

The result, Rosenblatt says, is transforming the “vicious” cycle into a virtuous one. The virtuous cycle is one where affordable housing increases, shelter demand shrinks, funding for shelter decreases, the outcome of shelter improves, and there’s more shelter residents moving into affordable housing, and less recidivism.

“We’re encouraging BRC to continue with this creative model, and encouraging others to take a page from Muzzy’s playbook,” says Banks. “It’s time to raise the bar for the delivery of services, and the development of innovative models like Landing Road.”