Adam Greenfield: “Because” Will Be What Drives the Real Smart City – Next City

Adam Greenfield: “Because” Will Be What Drives the Real Smart City 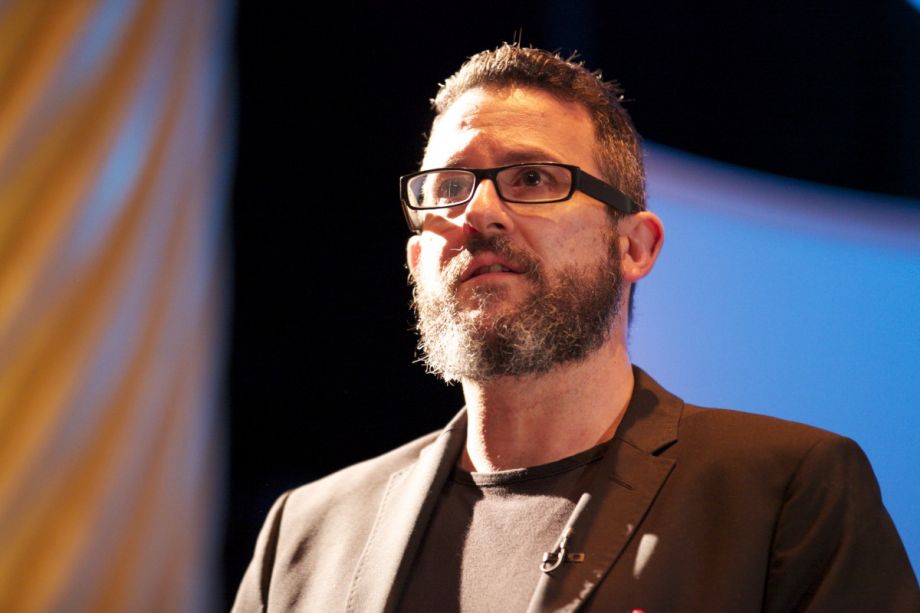 Studying the market materials for projects such as Abu Dhabi’s Masdar City and Portugal’s PlanIT Valley, Adam Greenfield found that “their developers appear to lack any feel for the ways in which cities actually generate value for the people who live in them.” Greenfield’s the author of the widely circulated recent pamphlet Against the Smart City and yesterday, on the main stage of the Personal Democracy Forum conference in New York City, he worked through something a bit different: what, when it comes to the modern, tech-driven city, he’s for.

Greenfield’s beau ideal is figuring out how to bolster self-determination in communities that are not just “situated,” but “bounded” (as in limited to 150, the figure that anthropologist Robin Dunbar has set out as the greatest number of personal relationships that any human can meaningfully have). That 150’s the limit to our capacity to exist “peer-to-peer and eye-to-eye” rings anecdotally true to him, said Greenfield, based on his experiences in working in activism on the left and, for a handful of years, serving in the U.S. Army’s Special Operations Command. “You lose a great deal,” said Greenfield, “when you begin to scale beyond bounds of where you have a chance of knowing people, a chance of developing relationships with them over time.”

Of course cities, and even slices of cities, are far bigger than that, and Greenfield appreciates the desire to scale up. What’s called for then, he said, is “sensitively augmented popular assembly,” as in growing the number of people who can usefully commune through least-invasive tweaks. Those can be analog; he pointed to the sort of hand signals used during Occupy Wall Street. But they can also be more technological, such as so-called liquid democracy, in which participants can — often working online — either choose to take an active role in determining public outcomes or delegate their authority to a representative of their choosing.

The challenge though, says Greenfield (setting aside questions of digital divide for the moment) is that even with those high- and low-tech tools, there still exists the reflex to “decompose back down to voting” — in other words, resorting to giving things the same ol’ thumbs up or thumbs down.

And the problem with that kind of binary? “There’s all this richness and vitality and detail and information that exists in the conversation before,” said Greenfield, “including elements that are vitally salient to a community’s future and abilities to determine its own outcomes. And all those things are lost.”

But Greenfield pointed to what he presented as a partial solution: appreciating the idea that “dissensus has more to tell us, possibly, than consensus.” More simply put, when disagreements inevitably arise in the course of deciding what a city and its people should be, the path forward is to study the becauses.

Greenfield’s hypothetical is particularly familiar here: asking the public, should Airbnb be regulated? One YES answer might read, “Because I’ve had some sketchy Airbnb experiences in the past,” while a NO response might go, “Because I prefer staying in real places in real neighborhoods.“While mutually exclusive on their faces, Greenfield suggested that the answers point to the same motivation: the desire to have high-quality rooming experiences via Airbnb. The moral, said Greenfield, is that treating a community’s affairs as “matters of concern” rather than “matters of fact” creates the opportunity for points of disagreement to “unfold into latent affinities.”

Built into civic tech tools and street practices, such a focus on because could help build community. And that’s important, said Greenfield, because “community is all we’ll ever have.”

It’s new material, admitted Greenfield, but stay tuned for more. Against the Smart City is simply the first part of a book that Greenfield has in the works, to be called The City Is Here for You to Use.