A Yelp for City Services? 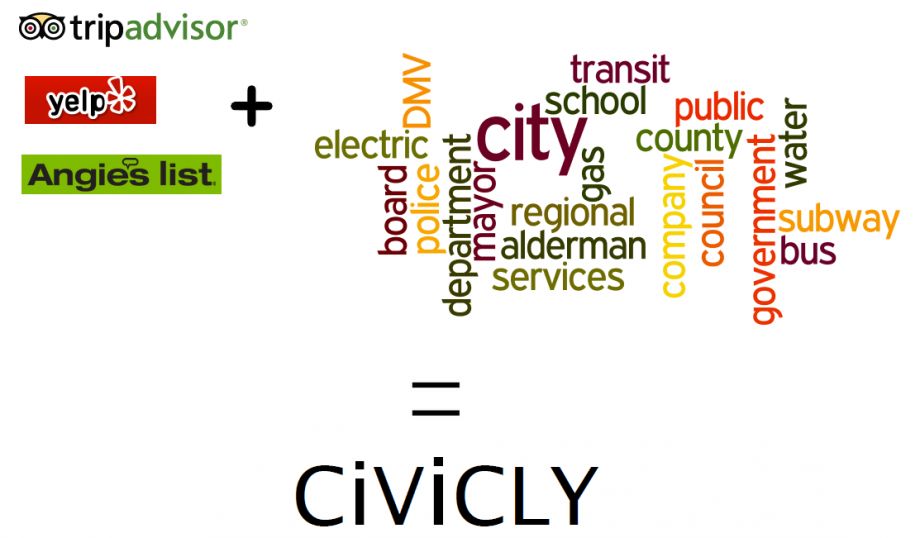 Thanks to a crop of websites like Yelp and TripAdvisor, ordinary people can review everything from hotels to restaurants to the plumbers who fix their sink. Soon, Josh Glasstetter hopes, citizens will be able to review local government officials and services with the same ease.

“There are a lot of great reviewing websites out there,” said Glasstetter, research director for People for the American Way. “But for people who live in cities to provide feedback to city services, there really isn’t anything out there for them.”

At the moment, if someone is left frustrated from a recent experience at the local DMV, there is not much she can do to make her complaints heard. Letters, voicemails and emails, as anyone who’s tried knows, often go unanswered or unread.

To remedy the problem, Glasstetter hopes to launch Civicly, a proposed online review site where citizens can leave their opinions on city agencies and services in a public forum. Think Yelp for the public sector.

“There are so many conversations going on and I think they should be aggregated some way,” said Glasstetter. Users would be able to log on to Civicly via Facebook, Twitter and Google.

The concept might remind some of Grade.DC, a Washington, D.C.-based site where District residents can leave feedback about certain local agencies, which then factors into letter grades for each agency. The difference, though, is that users can’t view one another’s comments.

“There are already systems but they are pretty much closed,” Glasstetter said. “It needs to be done in public to be effective.”

Civicly is one of 825 entries to the Knight News Challenge, the Knight Foundation’s competition that seeks new ways to improve communication between government and its citizens.

Glasstetter plans to launch the initial program in Washington, D.C. and nearby municipalities in Virginia and Maryland.

“Ultimately, a site like Civically could be a powerful tool for citizens to evaluate government,” he said. “It is really powerful to be able to know what your fellow citizens think about a problem.”

The Knight Foundation will announce semi-finalists next week and the eventual winner in June.

Disclosure: Next City Executive Director Diana Lind will be advising Civicly on strategic partnerships and development.