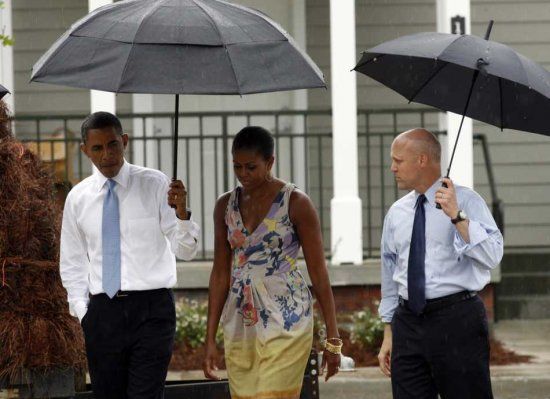 These are austere times in the nation’s capital. The House Republican majority is intent on reducing the deficit solely through cuts to domestic spending programs, and Congress is so gridlocked that only severely delayed flights could bestir them to address the destructive budget sequestration process — and then only to allow the Federal Aviation Administration budgetary flexibility to keep the planes flying.

This is no environment in which to launch new federal urban revitalization ventures. Yet on Friday the Obama administration released a report on the first year of the Strong Cities, Strong Communities program, launched in July 2011.

An administrative effort that doesn’t require congressional authorization or appropriation, SC2 is a manifestation of the Obama administration’s core urban policy commitments: A holistic, rather than siloed, approach to building sustainable communities and inter-agency cooperation in pursuit of that goal. It also shares the administration’s bottom-up philosophy of assisting cities when asked, rather than dictating master plans like the Interstate Highway System or the urban renewal and “slum clearance” policies of yore. SC2 is therefore similar in principle to the Obama administration’s signature urban policy initiative, the Partnership for Sustainable Communities.

But whereas Sustainable Communities mostly focuses on linking housing and transportation, SC2 addresses a wider range of urban issues. And while Sustainable Communities uses the traditional federal policy lever of grants, SC2 is experimenting with an innovative, surgical approach: It embeds teams of federal specialists in local city halls for year-long stints focusing on developing the city’s internal capacity to manage an acute problem.

As I reported in a Forefront story about Obama’s urban policy agenda last April:

The goal is to build capacity in local governments. Administration officials learned from their 2009 cities tour about the need to strengthen governmental capacity at the local level because budget cuts had forced cities to eliminate economic development departments or left them thinly staffed.

The strong cities initiative was designed to build that local capacity in three ways: Develop a comprehensive economic strategy; work with anchor institutions such as hospitals, charities and state and local government agencies; and embed federal employees directly in city halls to work with the local partners.

The first six cities — Cleveland, Detroit, Memphis, New Orleans, Chester, Pa. and Fresno, Calif. — received teams of federal officials through a pilot program launched in June 2011. Although the principles of integration and coordination are the same as Sustainable Communities, SC2 is not focused solely on land use. In some cases, such as Fresno, where the goal is downtown revitalization and the EPA is the lead agency, the program is quite similar. But in Detroit the focus is on public safety and the federal team lead hails from the Department of Justice.

Soon after the launch, the financially flailing city of Youngstown, Ohio joined the program, testifying to the program’s ambition to take on stubborn urban woes. The hope is that SC2 “fellows” — mid-career professionals — will stay in the city of their placement beyond the two-year project. As the White House report explains, “The program was designed in broad recognition that distressed cities need highly skilled professionals with technical expertise to help jump-start their local economies. These cities, however, often have difficulty attracting, recruiting, and retaining skilled employees given their local resource and capacity constraints.”

One might reasonably wonder whether targeting such a small number of cities is a meaningful investment for the federal government. The White House report asserts that it will pay dividends throughout the country. “In addition to assisting specific pilot locations,” it reads, “the initiative seeks to identify and develop broader policy lessons that can improve federal program delivery and be disseminated to many other communities around the country.”

So what exactly has happened in those pilot locations? The tangible results touted by the White House usually sound quite modest. In Memphis, for example, the SC2 facilitated the purchases of a Mississippi Riverboat as part of an effort to bring economic activity to the city’s waterfront. Here are some of the report’s most impressive boasts:

“In New Orleans, through technical assistance from HUD, SC2 helped accelerate the launch of a $52 million homebuyer assistance and neighborhood redevelopment initiative. SC2’s assistance reduced a significant amount of red tape, and helped get the funding out into the community; to date, more than 220 first-time homebuyers have closed on homes through the initiative.

“In Fresno, SC2 is supporting the city’s goal to reconnect an 18-square-block street grid downtown near the proposed site of the high-speed rail station and the Fulton Pedestrian Mall—Fresno’s historic Main Street. SC2 provided technical assistance and is facilitating environmental review coordination between the city of Fresno and the California Transportation Department.

“In Youngstown, the SC2 team worked with the U.S. Department of Justice (DOJ) to establish a Diagnostic Center to improve public safety by using data to gauge the scope of community challenges, recognize trends, establish baselines, and determine data‐driven strategies to increase.”

The mayors of the affected cities, though, are quoted throughout the report singing its praises as a genuinely transformational endeavor. “SC2 is not a new program — it’s a new way,” says New Orleans Mayor Mitch Landrieu. “SC2 has helped to break down stovepipes between federal agencies.”

What Landrieu is diplomatically saying is that the federal government sometimes needed SC2 to shake money loose from its own agencies. That may sound absurd, but integrating the different programs so that each could try to make sure cities have jobs, affordable housing and safe mobility was a new goal when the Obama administration took office and starting pursuing it. The report demonstrates that SC2 is working at its primary goal of helping a handful of cities with some discrete projects.

Whether those projects will also deliver stronger economic growth over the long term and spread best practices across the country remains to be seen. So far, the only tangible evidence that federal employees have learned useful skills from their SC2 placements is a survey showing they mostly enjoyed it more than their regular job.

Yet the modesty of SC2’s achievements may be more of a reflection of the budgetary constraints the administration is operating under than any programmatic flaw. “I think [HUD Secretary] Shaun Donovan has done an incredible job with a very small amount of money,” says Theodore Liebman, former chief of architecture for the New York State Urban Development Corporation. “The federal government should spend a lot more on housing and urban programs; not just housing, but the needs of neighborhoods. It could do a lot more for housing and urban development than it does today if it had more money.”

In the absence of increased federal funds, SC2 has leveraged investments from the private sector, other government programs and foundations. The fellowship program is funded with a $2.5 million donation from the Rockefeller Foundation and administered by a consortium led by the German Marshall Fund of the United States. [Disclosure: Both GMF and Rockefeller support the work of Next City.] Furthermore, the SC2 programs often work in conjunction with federal agency grants such as the Department of Transportation’s TIGER program, or even with private industries. In Cleveland, for instance, SC2 worked on capacity building in small manufacturing firms to help them boost the local economy. Applications for a similar number of SC2 team deployments will be requested later this year.

Derek Douglas, who helped found SC2 during his 2009-2011 tenure as Obama’s special assistant for urban affairs, says he is pleased with SC2’s progress. “Our vision was that [SC2] would increase the capacity of local governments and improve the effectiveness and efficiency of the federal government in supporting cities,” Douglas writes in an email. “I am pleased to see that this first report offers evidence that the initiative is proving to be successful in accomplishing these goals.”

Ultimately, the SC2 report inadvertently suggests that Liebman is right: The Obama administration is doing more for cities with fewer resources. But bigger successes will require bigger investments.