A War on Jamaican Dancehall Is Threatening Kingston’s Street Life 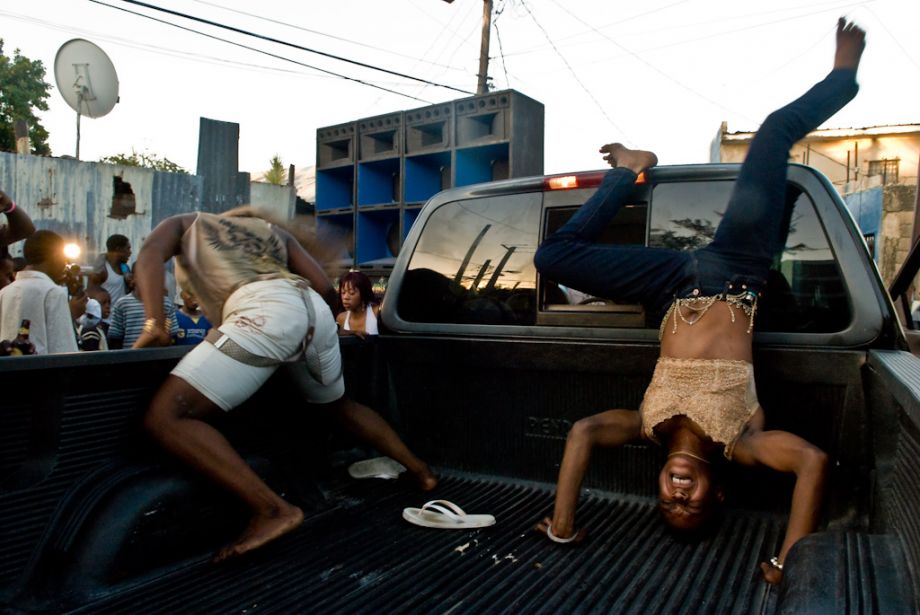 Dancehall parties take over the streets in downtown Kingston. (Photo by dubdem sound system on Flickr)

Nightlife in Kingston is a loud affair. Jamaicans invented the sound system — a towering collection of speakers that host a DJ playing records and an MC on the microphone — and the country’s capital city remains a hotbed for parties that crank the volume to deafening heights. Parties are often set up outdoors in the middle of the street, block party style. Street dances, as these parties are known, are immensely popular, especially among less affluent Kingstonians who prefer the free, open parties to costly nightclubs. But recent efforts to enforce lax sound regulations and rezone the city’s entertainment have started clamping down on these iconic Kingston street scenes. The crackdown is more than an annoyance for the city’s party set — it threatens the city’s culture and could set back efforts to improve the quality of life in long-troubled neighborhoods.

For those whose knowledge of Jamaican music ends somewhere around the death of Bob Marley, the dominant sound to emerge from the island since the 1980s is dancehall, a kind of digital reggae that evolved into its own genre. Dancehall’s driving beats, charismatic MCs and talented DJs (known as selectors or singjays, who might work the microphone as much as the turntables) all lend themselves to an involved live performance. As a result, dancehall parties, especially street dances, are hot spots for fashion, dance and style trends in Kingston. They have also echoed far beyond the island — from Japan’s obsession with dancehall culture to dance moves and slang getting scooped up by A-list American hip-hop artists — thanks to rabid videographers who post party highlights online and sell DVD recordings in immigrant hubs abroad.

“The people in our little community were impacting on a global culture,” Dylan Powe, an executive for Passa Passa, a massively popular street dance in the 2000s, told The Fader in a 2010 interview. “Everybody could come and Passa was this free, creative place. PNP, JLP [rival political parties], uptown, foreigners, the head of Seagram’s from France, from the gutter most to the butter most, they all came. That type of melting pot brought out an energy that wasn’t seen anywhere else and still hasn’t been seen anywhere else.”

Passa Passa began in 2003 in the West Kingston downtown neighborhood of Tivoli Gardens. Far from the gated homes and cosmopolitan restaurants of the city’s Uptown section, the area had a reputation for violence that the street dances eased.

“[Passa Passa] helped to decriminalize Tivoli Gardens,” Powe said in the interview. “Prior to Passa, when people would mention Tivoli Gardens it was like you were talking about hell.” 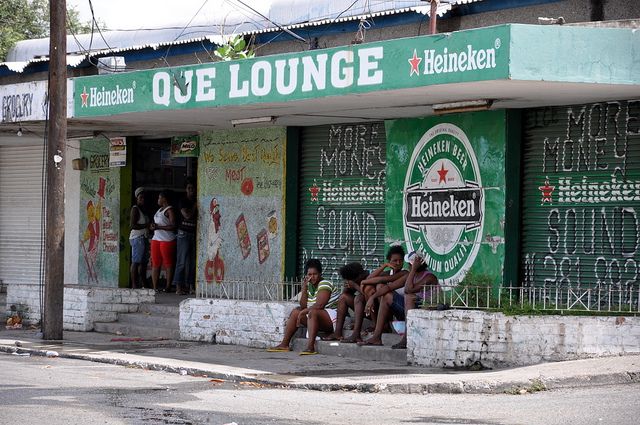 
The street dance ended in 2010, shortly after the Jamaican Defense Forces, with the assistance of the U.S. Drug Enforcement Agency, invaded the neighborhood to capture and extradite drug kingpin Christopher “Dudus” Coke. More than 70 civilians died in the raid. Passa Passa’s dramatic end came as other street dances began to wither under the pressure of a 1997 law that essentially criminalized the public parties.

“The Noise Abatement Act was introduced as a direct response to dancehall activity perceived to be a nuisance by the State,” argues Sonjah Stanley Niaah, author of Dancehall: From Slave Ship to Ghetto, and a cultural studies professor at the University of the West Indies at Mona. The law was sporadically enforced until around the time of the deadly Tivoli Gardens raid. By 2011, police were regularly shutting down dances. 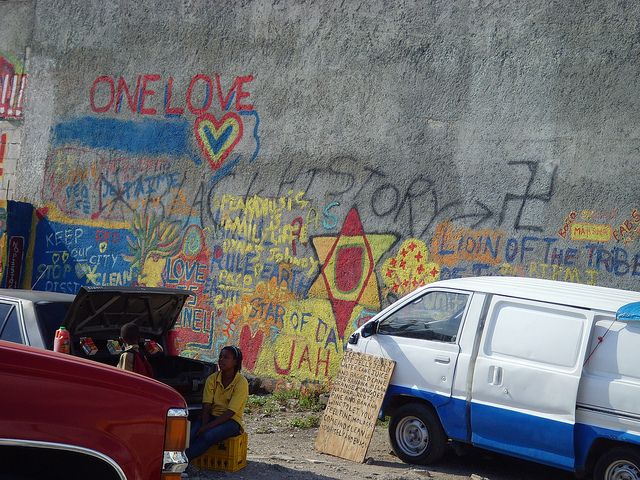 The enforcement has prompted Kingstonians to begin organizing in groups like Amend the Noise Abatement Act of Jamaica. The reform group keeps a list of businesses that benefit from the events directly and indirectly, making an economic argument for the parties. Others argue that the parties offer a rare opportunity for residents of Jamaica’s largest and most wealth-divided city to interact.

“I’ve attended lots of outdoor, open dances in Jamaica over the years, and the crucial thing to me is precisely that they’re open,” says Wayne Marshall, an ethnomusicologist who studies Jamaican reggae and dancehall. “This is not only important as a class-leveling factor … but because it invites the varied sort of public that makes the dancehall such a dynamic, lively meeting place.”

But that same diversity prized by Marshall is seen as suspect by police, says Stanley Niaah, who argues that street events are policed far more heavily than comparable commercial events. “Because dancehall is also seen to be an activity patronized by gang members, criminals, and social deviants more broadly, there has been increased policing around [it],” she says.

The debate in Kingston is similar to those that have recently erupted in New York and New Orleans over the rights of street musicians and dancers to perform in public space. In both cities and many others, there is ongoing, fractious discussion about how to regulate the talented individuals that make the streets their stage.

In Kingston, the Ministry of Tourism and Entertainment recently proposed the creation of entertainment zones that would be designated as legal hosting areas for the informal street parties. Officials are using a data-driven process to determine how the zones should be determined. Stanley Niaah, for one, is encouraged by proactive efforts to collect data and determine policy based on the parties’ demonstrated impacts. “This is very important as at a practical level Kingston is impoverished in relation to adequate spaces for entertainment, and the reality is streets are ubiquitous,” she says. “The energy of a street dance is incomparable.”