A Vision of Vertical Slums in Mumbai – Next City

A Vision of Vertical Slums in Mumbai 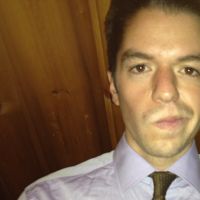 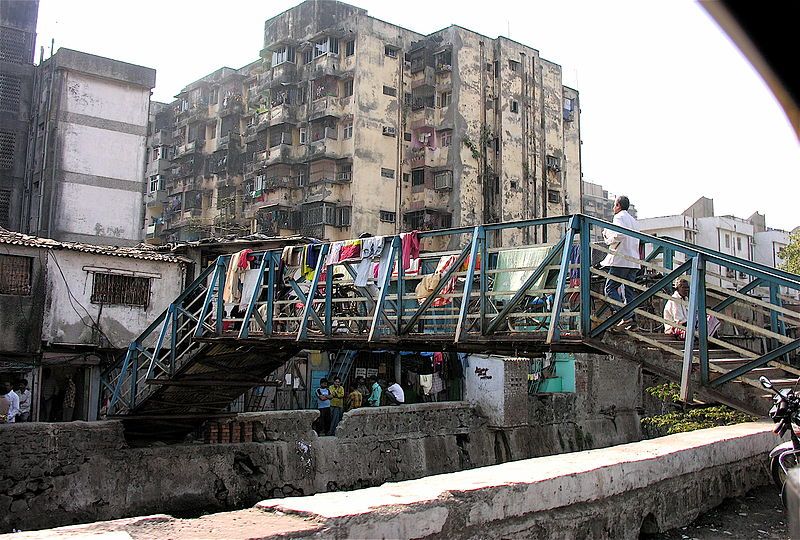 Just off the highway in Malad East is a neighborhood indistinct from most on the outskirts of Mumbai. At eye level, small shops stand next to shanty homes, shaped by corrugated aluminum and makeshift roofs. Above, a few sparse buildings rise within sight. The skyline is mostly bare.

But just behind a row of slums is a patch of land where two towers are slowly rising. One will reach 23 stories, with market-rate apartments and a parking garage. Another, nine stories shorter and with fewer amenities, will house around 210 families now living in the slums. Their current living space, about 78 square feet each, will more than quadruple. It is part of the Mumbai’s 15-year-old plan, run by the Slum Rehabilitation Authority, to relocate thousands of its slum residents, build itself up and amend its deeply inhuman housing crisis.

Site developer Mihir Dhruva, director of the Mumbai real estate firm Habitat Group, shows me his project, its rebar peaking beyond a future first floor. In theory, he explains, the SRA plan is a win-win for two of the city’s most illustrious denizens. Slum-dwellers “get a proper home for no cost,” he says. “What we get is the land.”

Mumbai has, as The Economist put it, the “world’s weirdest property market.” Its 18 million residents by the sea are packed in more densely than any other megacity. Yet unlike other island cities — even substantially less populated ones — Mumbai is not very vertical at all.

As a result, the city suffers from a paralyzing vicious circle: It has millions in dire need of housing, but a nagging inability to build any for them fast enough.

A series of restrictive government policies hold building back. The city has flimsy or nonexistent ownership rights, tight financing, arcane regulations and a construction industry that is both clunky (builders in India must navigate some 40 government departments) and corrupt (the estimated “black money” circulated in national property markets nears $40 billion). And then various harnesses restrain the city’s density, including those that keep its floor space index (FSI) lower than other major metropolises.

Much of the city’s stringent land use rules were put in place to keep migrants from other states out. But migrants came nonetheless, and they settled without brick and mortar. The consequence is a city that smothers new buildings and contains, in its full metropolitan reach, a population greater than the entirety of New York City living in slums.

On paper, the SRA plan is a smart urban policy fix. Mumbaikers living at the economic bottom, earning less than $2,300 a year, face an across-the-board housing shortage. For most developers, building affordable housing isn’t economically feasible. Construction costs alone, driven up by steady inflation, can hit 60 percent of the selling price for the units.

Yet SRA sites, where roughly half of the homes are given away for free, can be, ironically, quite profitable.

A review from the Harvard Business School found that the project in Dharavi, the city’s oldest, most notorious slum, could yield investment returns upwards of 40 percent. (The SRA project there, launched in 2004, was stalled five years later.) In a city where land is scarce and densifying housing stock difficult, the projects can be a gold mine.

“If you have clear land,” Dhruva tells me, “you solve 90 percent of your problems.” Although construction costs are rising, land acquisition is often a bulk of the development costs and nearly all the hassle. In addition to easing buys, the SRA projects allow developers to increase their FSI.

But the program has been marked by red tape and wrong turns. Most private developments can shoot up in two years’ time, Dhruva says. With his SRA developments — the Malad East and two in earlier stages — he anticipates four to six years until completion. Others have accused the policies of being too favorably tilted toward developers.

At the time of its inception, the redevelopment program only allowed slum-dwellers who arrived before 1995 to participate. It’s a hitch that naturally leads to an inadequate solution for a rapidly changing city, argues Sadashiv Nargundkar, an architect who has worked in Mumbai for decades. The restriction is the “lacuna in the whole scheme [policy],” he says. “You cut off the date at 1995. But people have not stopped migrating.”

The SRA was initiated by the Shiv Sena, a local Hindu nationalist political group (whose despotic leader, Bal Thackeray, recently died) as a promise of free housing to the poor. Its reportedly 170,000 homes built thus far have fallen well short of its 500,000 target. Yet efforts to tweak the program to have slum-dwellers pay for the homes were defeated — slum-dwellers vote in droves.

Yet despite their political power, slum-dwellers are often absent from the debates. SRA rules require 70 percent approval from slum inhabitants before rehabilitation begins (Dhruva says he had 100 percent). On several sites, many residents fear their livelihoods may be at stake.

In an incredibly narrow residential alley in Dharavi, families brush up against one another as they scramble for the three hours of water provided each day. Smack dab in the middle of shanty homes is a small room with men assembling suitcases. The expansive slum, with an estimated 600,000 inhabitants, churns out some $5 million in production, all of it likely informal. Much of this will have to be relented — scrapped by environmental regulations or made impossible in new vertical sites.

Other critics are concerned that slums, which often function as villages crammed in urban space, will lose their vital social mechanisms as they shift from a horizontal environment to a vertical one. But several observers in the city dismiss the idea. “They were staying on the ground floor,” Nargundkar says, “mainly because the housing sector did not provide for them.”

Santosh, a resident of the slum near the Habitat Group site, spoke eagerly of the grammar school and small temple the project was building for residents. By his count, all his fellow residents were enthusiastic about the coming site.

Across the city, the SRA projects stagger onward. In August, two major developers signed on to the largest slum rehabilitation to date: Three towers of over 40 floors housing 1,200 apartments. The program’s policies, shifted throughout the SRA’s history, may change by the time the project breaks ground. And there is no guarantee it will ever break ground.

Leaving his site, Dhruva admits that, even with its inadequate planning, cumbersome execution and plaguing housing crisis, his city could soon rise up like Manhattan. But he’s was not thoroughly convinced.